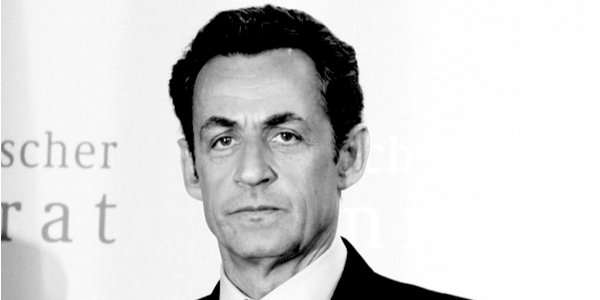 The report from France is that former President Nicolas Sarkozy has been arrested by Monsieur le Plod over Libyan campaign donations.

It must be a slow news day on the continent.

Senior European politicians being prosecuted for illegal campaign funding or plain corruption is commonplace. It is a bit of a non-story. Jacques Chirac was convicted for diverting funds whilst Mayor of Paris. His actions did not deter him from running for President. German Chancellor Helmut Kohl avoided conviction for illegal fundraising by paying a fine. These politicians were at Tony Blair’s beloved ‘heart of Europe’ .

One of the many drawbacks of Blair’s ‘heart of Europe’ policy was the poisoning of our political culture by dragging it down, or ‘harmonising’ it, towards the lower European standard, especially during the New Labour era of government. The fact that Peter Mandelson and David Blunkett, now both Peers of the Realm, had to quit the Cabinet and were allowed back, only to have to quit again, is indicative of this. Ironically, Boris Johnson has benefited from this culture of acceptance, as it made it impossible for Labour to protest over his personal standards of behaviour which have been, to put it very mildly, questionable.

Questions were asked about how Blair’s former Europe Minister Peter Hain’s 2007 campaign for the Labour Party deputy leadership was financed, leading to a referral to the Crown Prosecution Service (CPS). The CPS could not bring the case to trial because, it said, ‘it is not possible to prove from the evidence available that [Hain or] any other individuals involved with Mr Hain’s campaign fell into the category of being either the regulated donee or the person responsible for dealing with donations.’ In essence, everyone seems to have said ‘not me, officer’ to receiving dodgy donations, even though donations were received and banked. Peter Hain is now also a Peer of the Realm.

The consequence of lower political standards on the continent compared with Britain is that most major European countries have suffered catastrophic failures of governance. France is on its fifth republic, which will overtake the longevity of the third only this year. Germany is on its fourth republic since 1918, excluding its period of Nazi dictatorship. And don’t get me started on Italy, when the number of postwar governments had exceeded the number of postwar years by the early 1990s.

By contrast, Great Britain has had a constitutional monarchy without interruption since 1688, and has not had any governmental collapse arguably since 1660, if not since 1640. Ireland is a different matter, of course. I wrote about this difference between the political cultures of Britain and Europe during the referendum campaign.

The whole reason the EU exists is the historically poor standards of elected politicians and thus governance, which led to disasters that were resolved only by interventions from the English-speaking world. The EU’s function is to remove the need for policy to change as the result of voting, given the disastrous consequence of elections bringing awful politicians to positions of power. Now, no popular vote can change EU policy, and this will remain the case for the foreseeable future. This is why we are leaving. We are better than this.

Share
Facebook
Twitter
WhatsApp
Email
Previous articleIf the Tories cared about our nation, they’d have fought for fishing
Next articleLet Peterson get your house in order