NewsPaperthe art of publishing
HomeBrexit WatchFrom Burke to Bercow, the decline and fall of representative democracy
0

From Burke to Bercow, the decline and fall of representative democracy

IT’S the justification MPs habitually use when ignoring or defying the clearly-expressed wishes of their constituents, and their perennial fallback when challenged on it. Our parliamentary system, they assert, follows the Burkean principle. We are here, they insist, not as delegates, but as representatives: not to follow your instructions, but to exercise our judgment on your behalf.

The principle was established by the political theorist and MP Edmund Burke in his Address to the Electors of Bristol in 1774, in particular this paragraph:

But his [the representative’s] unbiased opinion, his mature judgment, his enlightened conscience, he ought not to sacrifice to you, to any man, or to any set of men living. These he does not derive from your pleasure; no, nor from the law and the constitution. They are a trust from Providence, for the abuse of which he is deeply answerable. Your representative owes you, not his industry only, but his judgment; and he betrays, instead of serving you, if he sacrifices it to your opinion.

An elected MP was not, Burke reminded them, a mere delegate who should blindly obey the instructions of his voters, but their representative, empowered to use his brain and his conscience in his judgment of the best interests of the country.

MPs have deployed this argument ever since. But does it remain valid in early 2019? Or has it run its course and become effectively redundant, kept going now by a cohort of MPs increasingly distant from, and contemptuous of, their voters as a cynically convenient excuse?

When Burke delivered his address, Bristol had an electorate of roughly 5,000 out of a population of about 80,000. This small electorate was based on a very restricted franchise. Few working men and non-owners of property were able to vote, and women not at all.

There were no political parties as we know them, and no manifestos. Politics was, in the words of constitutional historian Dr David Starkey, ‘a matter for gentlemen and their immensely rich aristocratic patrons’.

Illiteracy remained at approximately 40 per cent for males and 60 per cent for females (remarkably, illiteracy increased in the last quarter of the 18th century) and education levels were relatively poor, compulsory mass education being several decades into the future.

Even for those with the franchise plus sufficient education and literacy to convey their views to their MP, communications were poor. The main rail line from London to Bristol was opened between 1838 and 1841. Before that, the mail coach, at an average speed of 8-12 mph, took around 38 hours for the journey.

How, then, would regular communication have been practicable between Edmund Burke MP and even his very restricted electorate? Arguably, Burke’s philosophy of the relationship between an MP and his electors was the only one which was feasible in the circumstances of his time.

Contrast the situation now. The median constituency size is about 72,400 in England (slightly smaller in the devolved nations), with a universal adult franchise. We have mass education, plus an adult functional literacy rate of approximately 85 per cent, a definition which excludes those who ‘can understand short straightforward texts on familiar topics accurately and independently, and obtain information from everyday sources’. The proportion of people able to communicate with their MP is therefore probably above 90 per cent.

We have multiple sources of information, and multiple platforms of mass communication. By last year nine in every ten people had internet access in the home.There is, I would contend, no bar to being informed about what our MPs are doing, and equally no bar to their communicating with us. Indeed, many are assiduous users of e-communication in all its forms to do precisely that.

Any structural justification for the continued applicability of the Burkean principle of representation has therefore vanished.

Our political parties, although more organised, are also more centralised. More than ever before – though admittedly with some variation between parties – election candidates are chosen, not by local associations, but by party HQs either giving them a limited ‘choice’ between two or three on a centrally controlled list of candidates, or imposing them directly.

Party policy boards, by whichever name called, decide the policies, which the candidate is pretty much required to endorse. Dissent and independence of mind are not encouraged, and seldom rewarded. Patronage is exploited and the whipping system ruthlessly deployed to keep most members in line.

The resultant submission to conformity is compounded by too many of our representatives being career politicians devoid of any significant formative outside grounding. In relatively recent times, MPs who were not wholly or mainly reliant on their parliamentary income, and who could draw on real-world experience to decide their beliefs, rather than a post-university stint as a party assistant, researcher and unsuccessful candidate prior to acquiring a safe seat, were less inclined to undue deference to the party hierarchy.

Hand in hand with that has gone an increasing tendency to outsource more policy-making, which would once have been MPs’ responsibility to debate and democratically determine, to unelected and unaccountable international bodies, civil servants, NGOs and quangos. The consequence is that we now have a cadre of politicians whose role, rather than representing their electorates to the Government and the Executive, has morphed more into representing the Government and the Executive to their electorates.

The parliamentary manoeuvrings since the 2016 EU Referendum did not cause this – it had been building for many years – but they have both exacerbated it dramatically and exposed it to public awareness like never before. It’s worth reciting some of the basic facts.

In February 2017, MPs voted by 498 votes to 114 to trigger Article 50. At the 2017 General Election, approximately 85 per cent of votes were cast for parties pledging in their manifestos fully to implement the Referendum result.

Yet something like a 70 per cent majority of MPs is clearly now intent on either diluting Brexit to meaninglessness, reversing it by spuriously demanding another referendum or extending Article 50, or preferably just cancelling it altogether in flagrant disregard of the largest mandate ever delivered for one specific policy in British political history. The current anti-democratic and constitution-threatening procedural subterfuges being assiduously prosecuted by the cross-party parliamentary anti-Brexit Movement are too many and too current to recount in detail here, and TCW readers will be anyway familiar with them.

It is difficult, if not impossible, to see how our MPs as a body can any longer plausibly claim to be ‘representing’ either their individual electorates or the nation collectively, even on the most generous interpretation of the principles Burke enunciated. Representative democracy, as a philosophy, has run its course – killed off by the very MPs who cynically use it as a justification or excuse for their blatantly anti-representational conduct.

Whatever takes its place must reverse the trend of the last thirty years or so and return to more truly ‘representational’ methods of public political engagement. That means, at the very least, more open primaries to choose candidates, a proper recall mechanism, and direct democracy. That the Swiss, who via decentralisation, localisation and frequent referendums have most say in their government, routinely come out as the nation having most confidence in their government is no accident. 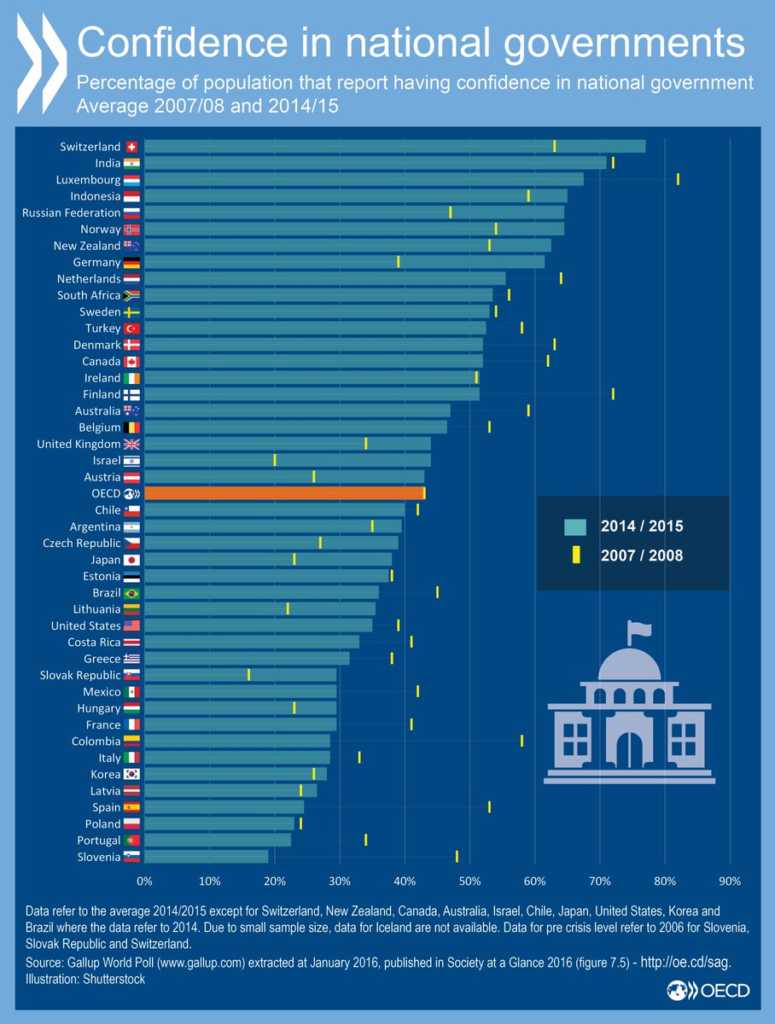