NewsPaperthe art of publishing
HomeNewsFrom Labour, hot air in the battle to grab the green vote
12

From Labour, hot air in the battle to grab the green vote 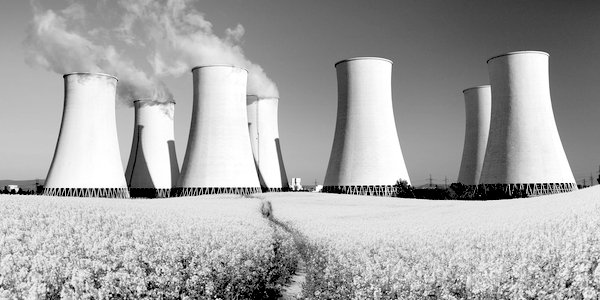 ANOTHER Monday and a first for me; Corbyn’s Labour has finally said something sensible.

In an election campaign that has generally been characterised by our would-be representatives and leaders engaging in a race to invent the biggest magic money tree, vowing to throw exorbitant sums at the NHS and find something new and/or coherent to say about Brexit, courtesy of Greta and the XR idiots the major parties are also seeking to out-green each other and commit to developing a zero net carbon economy.

Corbyn’s Labour thought it had trumped the Tories by aiming for net zero by 2030 (rather than Mrs May’s 2050). But the Telegraph reports that the party is dropping that. Apparently the trade unions have spotted that it is not credible.  (Of course, it’s not the only incredible bit of Labour’s policy, but let’s be grateful for small mercies).

If the Labour environment spokesperson, (apparently Sue Hayman) had her wits about her, she could easily build on this foundation and point out that at the moment, CO2 emissions and energy use are pretty much the same thing, that any sensible measure would require consideration of the ‘embedded CO2’ contained within our imports.

She could point out that, as yet, there is no easily deployable CO2 capture technology and that CO2 capture is energy intensive.  Therefore, the options for replacing fossil fuels are limited to nuclear fission (she should know about that, she chairs the All-Party Parliamentary Group on Nuclear Energy) and renewables.

She could point out that doing that requires about ten times the currently-installed generating capacity in the UK, and a distribution system that can cope with it.

She could go on to remind us that much of our energy consumption is health-related (i.e. heating homes) and most of the rest of it makes the economy work, doing vital things such as creating food, making things and delivering stuff.

She would conclude therefore that cutting energy consumption (which is what the effect of cutting emissions is, absent either replacement power or working CO2 capture) is not straightforward and should be approached in a more considered manner. And she could point to the close correlation between energy consumption and health and prosperity.

She would expand on the context, pointing out that even if the UK achieves net zero by 2050, it will be an empty gesture unless the rest of the world achieves the same, which is not looking likely.  She might therefore sensibly suggest that we investigate impact mitigation schemes (probably starting with dredging rivers).

She could suggest that the alarmist tone being adopted by those who should know better (BBC and much of the media) is hindering sensible progress. She might propose that once we are free of the EU, we insist that all products on sale in the UK are labelled with their carbon content, so that the electorate can get a greater understanding of the problems and start an informed debate.

She could end by saying that the time for soundbites is over. It’s science and engineering that we need.

And she might do this (maybe one of her team tracks The Conservative Woman). Or she might just continue to regurgitate the platitudes pretending to be policy that constitute so much of what passes for political debate in this country.