From the Norse’s mouth – why Norway is not an option 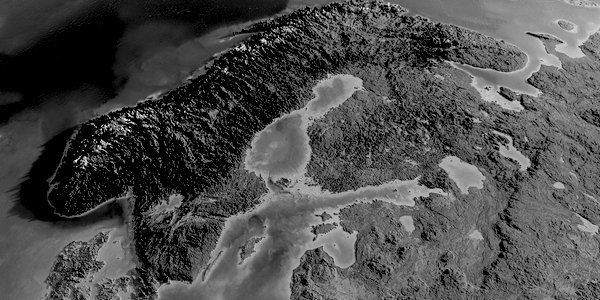 THOSE promoting the ‘Norway option’, whether as a permanent or a temporary arrangement after Britain formally leaves the European Union, are not selling the product they say they are. The reality is that this option, membership of the European Economic Area (EEA) through the European Free Trade Association (EFTA), quite simply wouldn’t work as is claimed.

First of all Britain cannot remain in the EEA in one way or another after leaving the EU, as some have suggested, since according to article 126(1) the agreement applies only to territories subject to the EU Treaties and those of the EFTA countries Iceland, Liechtenstein and Norway. The very function of the EEA Agreement is that it relies, more or less, on a membership of either EFTA or the EU.

This is the view of both the EU and EFTA as well as many experts in this field. This means that Britain would first have to formally leave the EU, apply for and negotiate rejoining EFTA and, in line with article 56(3) of the EFTA Convention, membership of the dozens of free trade deals EFTA members have signed with other countries before being able to negotiate a return to the EEA.

Furthermore, Britain would not be able to apply for EFTA membership either until after formally leaving the EU. Just like signing free trade deals is not possible while still in the EU and therefore also part of the bloc’s Common Commercial Policy (CCP). Meanwhile, from the time Britain left the EU and until it formally rejoined the EEA through EFTA, World Trade Organisation (WTO) rules would apply.

Even if it were true that Britain could remain in the EEA after leaving the EU, those promoting the Norway option have admitted that Britain’s EEA membership would not be operable until after joining EFTA. But formally applying for EFTA membership would take time, if not only for parliamentary ratification in the EFTA countries, and in the meantime WTO rules would again apply.

There is also this suggestion that a transition period could be used to apply for EFTA membership. However, regardless of the fact that Britain cannot remain in the EEA after leaving the EU, this wouldn’t work either. Mainly because of Brussels’ insistence that any transition arrangement would have to include the EU customs union to prevent a hard border on the island of Ireland.

The EU has furthermore insisted that as a permanent arrangement the Norway option would also in Britain’s case have to be coupled with the customs union to address the Irish border question. Which is why people who have been using phrases such as ‘Norway for Now’ or ‘Norway then Canada’ have started talking about ‘Norway Plus’ where the plus refers to a customs union.

Membership of a customs union is of course entirely incompatible with joining a free trade club such as EFTA, a fact people promoting the Norway option have recognised and thus suggested that Britain should ask for a derogation allowing the country to remain outside EFTA free trade agreements (which is not likely to be accepted) to get around article 56(3) of the EFTA Convention.

What they are forgetting, deliberately or not, is the fact that the EFTA Convention, which countries must sign to join EFTA, is itself a free trade deal between the EFTA countries. In other words, promoters of the Norway option are suggesting that Britain should join a free trade association but ask kindly to remain outside pretty much all of its free trade elements.

However, even if Britain would somehow either manage to get the EFTA members to accept a derogation from their free trade cooperation, the very core of their partnership, but still join their club or get Brussels to accept that a customs union is not necessary to deal with the Irish border question, the fact remains that the Norway option will not serve Britain’s interests.

What the Norway option would mean for Britain would be to ‘accept EU legislation, payments to the EU and the jurisdiction of the Court of Justice of the European Union’, to quote the EU itself  – including free movement of people from the bloc. As explained in my paper The EEA is not the way this would obviously not constitute taking back control of British money, borders and laws.

Moreover, if the EU would accept the fact that the border between Northern Ireland and the Republic could be managed through existing technical solutions then Britain could just as well pursue a Canada +++ free trade agreement. Which some of those calling for the Norway option have claimed is their eventual objective although it seems to have merely had the purpose of luring Brexiteers.

The best way to leave the EU without giving Brussels any opportunity to attach some unacceptable strings to it is World Trade Brexit, leaving on WTO terms without negotiating any special withdrawal agreement. While this option will of course require some temporary economic adjustment, taking it will certainly not be the end of the world but will give Britain full control of its destiny.