NewsPaperthe art of publishing
HomeCOVID-19From the Sunshine State, a lesson in leadership for Jellyfish Johnson
0

From the Sunshine State, a lesson in leadership for Jellyfish Johnson 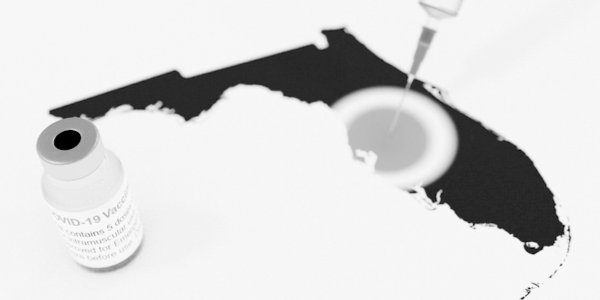 AS Nicola Sturgeon and Mark Drakeford compete to be the more draconian, this week Wales edged ahead of Scotland by threatening to fine workers who attend their place of employment.

In the UK-wide race to invent infringements and fetter freedoms, Boris Johnson is currently lagging behind those devolved dunderheads. However, his announcement on Tuesday, ‘We don’t think today that there is enough evidence to justify tougher measures’, is guaranteed only until the end of this week; after Christmas Day, he is generally expected to impose more unwarranted and disproportionate restrictions to ‘do whatever it takes to protect public health’.

Indeed, according to Steven Swinford in the Times, even the few days’ grace for Christmas owes much to the tenacity of Jacob Rees-Mogg, who during Monday’s Cabinet meeting is reported to have been the minister who finally dared question the veracity of the scientific modelling.

In a remarkable Twitter exchange with Spectator editor Fraser Nelson, the chair of Sage’s modelling committee had written that ‘these scenarios are not predictions . . . they are made to support a decision’ and ‘policy teams discuss with the modellers what they need to inform their policy’.According to Swinford, when directly asked in Cabinet whether he had read this apparent admission that Sage creates models to support a predetermined policy rather than inform the decision-making, Johnson ‘dodged the question’.

As well he might. Most likely, the invertebrate Johnson will soon bend to the demands of Whitty, Vallance and Sage’s other scaremongering scientists. Unfortunately, his selective hearing blocked the repeated assurances from medics in South Africa, particularly Dr Angelique Coetzee, that the Omicron variant is a ‘mild disease’.

Coetzee was understandably bewildered why the UK had been unwilling to take seriously the evidence from her country, as though she and her South African colleagues are obscure quacks. Her conclusion on Omicron has proven to be consistent with the domestic data to date, which confirms that the latest strain, though extremely communicable, is much less threatening and highly unlikely to result in serious illness.

In a sane world, the heartening results of the studies released on Wednesday should eliminate any immediate prospect of further ruinous restrictions. But you wouldn’t bet on it, because when Johnson spoke on Tuesday he already had ample evidence that Omicron is seldom worse than a bad cold, in spite of which he forebodingly warned of ‘continuing uncertainty about the severity of Omicron’.

That was not the view of another leader who during the past week gave Fox News an interview in which he stated: ‘Fortunately, Omicron is not shown to produce the same levels of hospitalisations as the Delta variant did. We’ll see if that changes, but the numbers in South Africa I thought by and large were very encouraging and didn’t justify the hysteria that you saw by a lot of folks in corporate media.’

The speaker was Ron DeSantis. For TCW Defending Freedom, both Kate Dunlop here and Laura Perrins here have previously written approvingly of the Republican Governor of Florida. During the pandemic he quickly restored normality to America’s third most populous state (22million), promoted existing preventive treatments which were, in his words, ‘not touted by the powers that be’, and above all admirably held his nerve during the unavoidable spikes in infections and hospitalisations, which he correctly forecast would be short-lived.

Whereas the UK Government deceitfully introduced vaccine passes and disgracefully has compelled health and social care workers to be jabbed, Governor DeSantis has resisted Federal interference on vaccine and mask mandates: ‘We passed substantive protections in a special session for Floridians so that they are able to have generous ability to opt out of these types of mandates . . . we’ve done what we need to do to protect our employees.’

Johnson ended his address with the predictable exhortation to ‘drop everything . . . get boosted now’. Health Secretary Jabber Javid has already told parliament that very soon only those with a third injection – soon to be followed by a fourth and fifth, no doubt – will be recognised as fully vaccinated. Asked by the interviewer about a similar warning from Anthony Fauci, DeSantis affirmed: ‘In Florida we banned vaccine passports. We won’t let them – even private businesses – fire you over this because we don’t think that’s appropriate. One of the reasons we took those steps is we knew the definition of vaccination would be a shifting target . . . There’s going to be people who’ve done maybe two Pfizer shots who are not doing booster and they can be considered in some parts of the country to be unvaccinated and then denied the ability to participate in society like everybody else. It’s gone way, way too far and that is a decision people should make for themselves. They should not have their rights, freedoms or liberties restricted based on these boosters.’

Because of Bozo’s indecisiveness, the UK’s entertainment and hospitality sectors are back on life support; unless Johnson emphatically rejects the clamour for lockdown, other parts of our economy could also soon be in ICU. Whereas in the Sunshine State business is booming, which can largely be attributed to the unshakeable Governor having resisted restrictions: ‘Since Covid, people know that in Florida their freedoms are going to be respected. People know they can invest here and not have their businesses shut down. People know they can get jobs here and not potentially be forced out based on mandates. The fact that we have really stood for freedom, in addition to having good tax and spend policies, has really caused people to want to come and work in Florida.’

For a lesson in leadership, in particular how to respond to the exaggerated threat posed by Omicron, Jellyfish Johnson should listen and learn from the redoubtable Ron DeSantis.