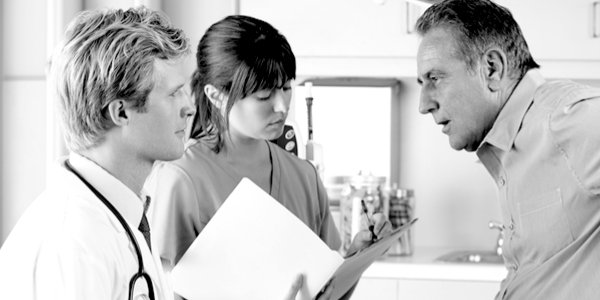 Huge amounts of money have been poured into the health service but patients are still waiting ages for GP appointments. The answer to this ‘mystery’ – which is no mystery to the man or woman in the waiting room – is that increasing numbers of doctors are opting to work part time, and over the past five years, female GPs have outnumbered males, adding to the demand for family-friendly working.

Years ago GPs ran practices single-handed, with the help of a nurse and receptionist – usually their wife – and still had time to make home calls. They would get to know their patients, but now it is rare to see the same doctor twice, and parents are told to bring sick children to the surgery.

The health think tank the King’s Fund is suggesting that patients should not expect to keep seeing the same GP, proposing that in view of the ‘shortage’ of 6,000 GPs, patients could be treated by teams of administrative staff and case managers instead.

This state of affairs has driven many to seek private health care, so it would seem that in the official drive for ‘equality’ some patients are less equal than others. It is understandable that female doctors – like most working women – would like to spend more time with their families, but the irony is that in the drive to get women into the workforce, enabling governments to burnish their ‘feminist’ credentials while getting women to contribute to the nation’s coffers, we are now facing a decline in the number of taxpayers because of our declining birth rate – the inevitable outcome of forcing women into work. If we factor in the cost of state-subsidised child care, the ‘equality’ drive is not saving money but costing us even more.

No wonder the BMA now proposes to euthanise patients with mental decline, since if the answer to this ‘doctor shortage’ is not to employ even more doctors, it makes sense to cut the number of patients, especially the very sick ones. No doubt the NHS would run much better without any patients at all.

Whenever there is a crisis in the NHS, it is customary to blame it on ‘the ageing population’ and ‘patients with complex needs’, in other words old people – the very ones who have paid into the system all their lives and now need a little extra help. Full-time patients need full-time doctors, and in the absence of age-related euthanasia, instead of treating patients as a problem it might help to emulate the approach of a commercial organisation and adopt the motto ‘put patients first’. They could start by dropping the ‘equality’ drive and attracting more men into the profession.