AFTER seven-and-a-half years, the ‘gay cake case’ is finally over. The European Court of Human Rights in Strasbourg has thrown out Gareth Lee’s challenge to the UK Supreme Court’s unanimous 2018 ruling in favour of Ashers Baking Company.

On Thursday the court ruled the application to be ‘inadmissible’ and said Mr Lee was asking the court ‘to usurp the role of the domestic courts’. The decision is final.

For anyone not familiar with this saga, a brief history:

May 2014: Ashers Baking Co, a small bakery in Northern Ireland run by the McArthur family, declines an order by LGBT activist Gareth Lee for a cake iced with the slogan ‘Support Gay Marriage’ due to the owners’ sincere Christian beliefs.

May 2015: Belfast county court rules the bakery has discriminated against Mr Lee and orders it to pay £500 damages for injuring his feelings.

October 2016: The Court of Appeal rules against Ashers, but criticises the ECNI’s handling of the case.

October 2018: The Supreme Court rules unanimously (5-0) in Ashers’ favour, recognising the family’s objection was ‘to the message, not to the man’.

Let no one be in any doubt, this case was never about Christians versus gays. It was about freedom of conscience and freedom of expression.

Can equality law be used to compel people to say something with which they profoundly disagree? The answer from the highest court in the land remains clear – unanimously so – ‘No, it can’t’.

It is a ruling that protects not only religious beliefs. Yes, these were Christian bakers refusing to endorse a message, ‘Support Gay Marriage’, with which they profoundly disagree. But equally it protects, say, a T-shirt company owned and run by lesbians who decline to print garments with a message describing gay marriage as an ‘abomination’.

It protects the Muslim printer who refuses to print a satirical magazine containing cartoons of Muhammad and the atheist web designer who refuses to create a site promoting the belief that God made the world in six days.

In short, it’s a judgment that is good for everyone.

Which makes it all the more strange, and dare I say disappointing, that Mr Lee’s lawyers had tried to argue that the decision had failed to safeguard his human rights. It is hard to understand why anyone would want to overturn a ruling that protects the owner of a small business – whether Christian or gay – from being forced to promote views with which they disagree.

Strasbourg ruled the case inadmissible because Mr Lee had not invoked his rights under the European Convention of Human Rights ‘at any point in the domestic proceedings’ in the UK courts. This is far from being a ‘technicality’, as some have suggested.

In fact, the UK Supreme Court engaged at length with the human rights arguments. That’s why it upheld the McArthurs’ rights to freedom of expression and religion – something the lower courts had failed to do.

Mr Lee’s lawyers had plenty of opportunity to argue that his convention rights were being undermined. They never did so. Perhaps that’s because there’s no convention right to force a private individual – on pain of legal penalty – to go against their deeply held convictions in order to help you promote your opinions.

Share
Facebook
Twitter
WhatsApp
Email
Previous articleA martyr to the Nazis and a lesson for all of us
Next article1981: On Cloud Nine … 2021: On Jab Three 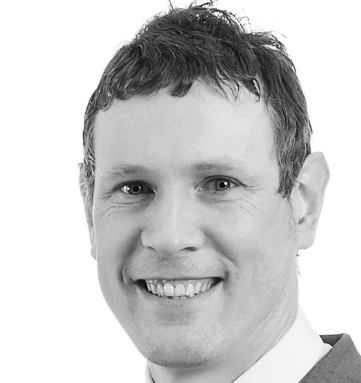 Ciaran Kelly
Ciaran Kelly is deputy director of the Christian Institute which has supported the McArthur family since 2014.