NewsPaperthe art of publishing
HomeNewsGender zealots faced with a fightback
107

Gender zealots faced with a fightback 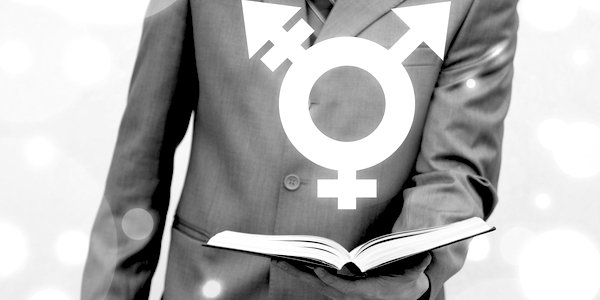 FOR anyone following the gender identity versus biological sex debate it’s felt like a bad week. But amid all the new evidence of the madness of crowds there have been some glimmers of hope – not least the growing number of people willing to put their heads above the parapet and fight back.

On the downside, Marks & Spencer confirmed that customers may use the changing rooms which match ‘their gender identity’, meaning of course self-identifying trans-women sharing female cubicles. On the upside Woman´s Place UK, on whom we reported on last week, are leading the fightback against this one, and running a campaign asking people to write to M&S to complain.

Also depressing was the news that a birth coach who had the temerity to air and share her knowledge that only women give birth has resigned from the birth support charity, Doula UK, after transgender activists claimed her statement was offensive. TCW debated this madness last week.

Theatreland was reported to be moving in the same direction under pressure from the gender police, this time in the form of the actors’ union Equity. Whether theatres will agree to phase out the phrase ´Ladies and Gentlemen’ so as not to offend gender-fluid individuals is still up in the air.

Adding to the insanity came the news that a man has been named Kent Cricket’s 2019 Women Player of the Year.

Male cricketer wins WOMEN OF THE YEAR. No 'transition'. Just self-ID and new pronouns. Sports women must speak up NOW.

"Maxine Blythin was recognised as the 2019 Kent Women Player of the Year following her role in the team's County Championship triumph". https://t.co/BjiMg5Hgjo

In Scotland children at a primary school returned after half-term to find that the toilets had become unisex. From Ireland, it was reported that they’re building whole schools with gender-neutral toilets.

These are all examples worthy of Douglas Murray’s brave new book on The Madness of Crowds, reviewed here.

If you want to know how much worse things could get, read this article about the situation in America and parents’ powerlessness in face of official gender orthodoxy. Here is an extract:

‘One mother, who used the pseudonym Elaine, described how her 14-year-old daughter, in the midst of a troubled adolescence, suddenly diagnosed herself as “trans” after spending time on the internet and receiving encouragement from peers and teachers at school . . . Without parental consent, an endocrinologist reportedly administered testosterone. Soon after, their daughter ran away to Portland, Oregon. There, Medicaid pays for hysterectomies and mastectomies in children as young as 15.´

Another article by an American mother describing the imposition of transgenderism in ‘county’ schools makes similarly disturbing reading. Attending school board meetings, she found ‘moms and dads begging the school board to stop threatening their child’s privacy and safety in intimate spaces and on the sports field’. They also pleaded with the board to stop the ´pornographic´ reading assignments. ‘They tearfully asked board members to respect their family’s religious beliefs.’

A Canadian Catholic school board has voted to adopt ‘gender identity’ and ‘gender expression’ in its code of conduct. Critics say the move will compel Catholic students and teachers to submit to LGBT ideology that claims, contrary to Catholic teaching (and to scientific biological understanding), that males can ´transition´ into females and females into males.

Canada’s national pro-life, pro-family lobbying group has started a fightback against this indoctrination and has delivered a petition to Toronto’s Cardinal Thomas Collins demanding he publicly direct Catholic trustees to oppose gender ideology in the Catholic schools under his care.

On people fighting back, there are more interesting updates. In the UK an ‘LGB Alliance’ has been set up to, amongst other things, provide an open platform to debate transgender ideology

Thread by @AllianceLGB: "The true story of how and why the LGB Alliance was founded and where we are today. From the founders:/2 Bev Jackson il this year, I was contacted by the London School of Economics which was planning a public event on 22 Octob […]" https://t.co/3YtQVPjepz

and to take on the ‘unelected’ Stonewall as the ‘main voice’ of LGBT people that many gays and lesbians are objecting to.

@stonewalluk made it respectable for lesbians to be screamed at & threatened at Pride events around the world, whilst welcoming grown men dressed as little girls, some clutching teddy bears & men crawling on all fours, arses in the air on leashes, in full puppy fetish. 3/

In Canada, the ‘lead’ country for turning gender theory insanity into law, the Justice Centre for Constitutional Freedoms has taken up the case of a family’s claim for discrimination against the Ottawa-Carleton District School Board. Their case? That their child’s former teacher, the principal of the school, has been teaching their child and her class there are no such things as girls or boys.

Reportedly a girl aged six ‘went home and told her parents, repeatedly asking why her identity as a girl was “not real”. She stated that she was not sure if she wanted to be a mommy when she grew up, and asked if she could “go to the doctor” about this issue. [She] also expressed feeling that she “had to do something” about the fact that she is a girl.’

Weep . . . but some brave people are fighting back and many more agree with them.