NewsPaperthe art of publishing
HomeNewsGeorge Clooney for a day
0

George Clooney for a day 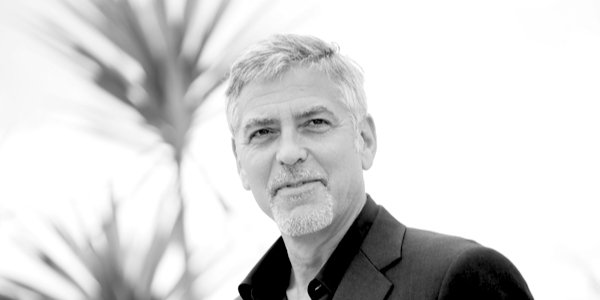 LIKE many others, I imagine, I have been pondering what to do when the lockdown properly ends. Not the easing into things with the one metre plus rule (which essentially means keeping two metres apart unless you’re wearing a biohazard suit) but completely opening the country with no restrictions at all.

The first thing will be making the trip North to see my mother who resides in a care home in Rochdale. As other commenters know, she had an operation to remove both of her legs and caught C-19, but from what I hear she’s recovering well. What to do, though, while we’re up there? I was thinking of the arguments coming from some of the BLM agitators – David Lammy and Meera Somji, for example – and wondered whether I might hop on to their bandwagon. I know that celebrities get certain perks when they go to restaurants or expensive shops, so I thought I’d take Tina to an exclusive restaurant and claim that I’m George Clooney. Now, it’s obvious to anyone with the ability to see that my picture underneath shows that I look nothing like George Clooney, but according to people like Somji and Lammy all white people look exactly the same. Well, that is if we’re judging from recent comments.

Meera Somji has a petition going on Change.org to remove the statue in Whitehall of Robert Clive, known as Clive of India. She claims his statue ‘glorifies mass murder and brutalisation of people who look like me’. Those last five words intrigued me, especially since I seem to be hearing them all the time now. On the BBC’s Question Time earlier this month, David Lammy said something similar: ‘George Floyd looks like us, could be us.’ Let’s bypass the fact that this comment, and that by Somji, is extremely racist. Over decades, we’ve tried to oust the notion of seeing people by the colour of their skin and instead judging them by their words and actions, but it appears that people like Lammy deem skin colour as the be all and end all. Let us also bypass recent stories of black MPs who’ve complained that they’ve been mistaken for other black MPs, because according to Lammy looking like another person who shares a similar skin tone is a good thing.

It’s all about solidarity, man!

Maybe I’m missing the point here and Lammy, Somji and the countless people appearing on TV interviews in support of BLM and using the same five words are only highlighting the plight of a perpetually abused section of society, like Lammy himself, Afua Hirsch, with her incredible hardships, and Stormzy, who is obviously struggling in the music industry.

Whatever it is, I want some of the action, so I’m going to march through the doors of some swanky restaurant in Northern England and claim that I’m George Clooney. When I’m challenged, I can say he looks like me. Completely incorrect, I know, and unbelievably racist but hey, if it’s okay for Lammy and his friends, then it’s okay for me.