NewsPaperthe art of publishing
HomeNewsGerman food: What we’ll be missing
236

German food: What we’ll be missing 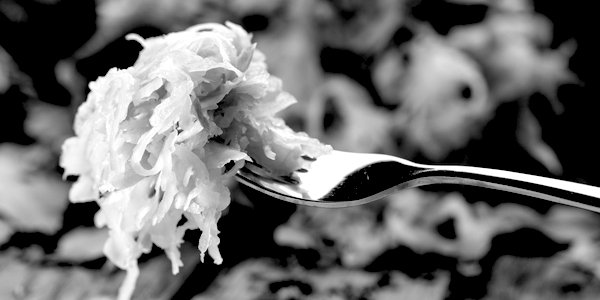 JUST in case you thought Project Fear could be ratcheted up no further, here comes another devastating warning. The Germans have warned that their food producers might stop exporting to the UK should there be a no-deal Brexit. They fear that vehicles might be held up by border checks at Dover and other ports. Obviously the concept of refrigerated vehicles has yet to reach the lager-swilling Teutons in lederhosen.

So should this threat ever come to fruition – and obviously the Germans will be keen to abandon one of their main export markets at a time when their economy is going down the pan – here is your exclusive cut-out-and-keep guide to what you will be missing.

1. Sauerkraut: The dish that gave a nation a nickname. Made from cabbage fermented in lactic acid bacteria, it can keep indefinitely when bunged into a Mason jar. In fact it will last for ever at the back of the pantry because no one will ever want to eat it.

2. Schweinshaxe: Or, as we would call it, pig’s knuckle. This is the part of the grunter just above its ankle and below the tasty, meaty ham part. It is marinated for several days until all flavour has been removed, then slow roasted and served with overboiled cabbage. For best effect, the whole dish should be flecked with globules of grease. This highly calorific meal is particularly popular in Bavaria, from which one can infer that frequent consumption makes the male of the species particularly large, clumsy and rude. Note to DIY fans: The leftover liquid makes an ideal substitute for wallpaper paste.

3. Kartoffelpuffer: This potato pancake takes blandness to exciting new levels. Grated spuds are wrung out in a dish towel then mixed with egg and flour before being fried. The Kartoffelpuffer is popular throughout Germany and is served as street food at carnivals and extremist political rallies. Uneaten portions can be used as missiles.

4. Kartoffelkloesse: If the previous dish is too outlandish for your taste, try these dumplings which can be made two ways! With cooked potatoes or a mixture of cooked and raw! Either way, they are a huge hit with the Germans, who serve them at almost every meal and even have their own dumpling museum https://www.visit-thuringia.com/travel-hotel-holiday-tour/thueringer-klossmuseum-104007.html . They can also be bought from street vendors.

Here is a typical transaction.

5. Labskaus: Served in restaurants on Germany’s northern coast, this is typically beef boiled in broth and mixed with beetroot, onions, boiled potatoes and herring. Then fried in lard and served with a fried egg. Here is a recipe: Take 2lb of fatty beef and simmer in stock for three hours. Mash with fork and mix with the other ingredients. Put in dustbin and ring for an Indian takeaway.

So there we must leave our little tour of German culinary delights, although there are many more pleasures in store. You’ll probably now be off to Lidl for a spot of panic buying.