NewsPaperthe art of publishing
HomeNewsGet honest, get fired … or even worse
176

Get honest, get fired … or even worse 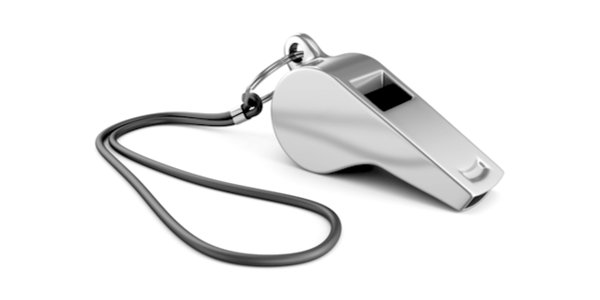 IT was the young George Washington who ’fessed up to the affaire of the cherry tree. As he told his father: ‘I cannot tell a lie . . . I cut it down with my hatchet.’ Whereupon his father embraced him and rejoiced that his honesty was worth more than a thousand cherry trees.

Alas – a mere myth, invented by one of his biographers, Mason Locke Weems, who went out of his way to demonstrate the man’s Great Virtues.

Plus ça change. These days, the claim has an old-fashioned, quaint, even romantic, ring to it (especially for a politician) now that the truth – whole and nothing but – is hard to find, amongst the Great Big Lies everywhere doing the rounds, opening doors, and shutting down any holding to account.

Take this example from the US. In Fulton County, Georgia, two poll workers in the November presidential election, Bridget Thorne and Suzi Voyles, had their contracts terminated, in spite of having served as poll managers in the past.

They had raised concerns about the validity of the election process where they were working. This had required them to demonstrate that Great Virtue of honesty and responsibility. Not to mention sheer guts, since they were prepared to do this at a time when the official US unemployment rate was rising to nearly 15 per cent, its highest since the Great Depression.

Georgia’s Secretary of State, Brad Raffensperger, has condemned their firing in the strongest terms. ‘It is important that individuals can raise their voice when they believe they have seen wrongdoing,’ he said. ‘Retribution against whistle-blowers poses a threat to the continued strength and vibrancy of our democracy.’

Not any more, Brad.

You don’t even have to be a whistle-blower to get yourself in deep trouble during these woke times in England, even in a prestigious educational establishment such as Eton College.

Take Will Knowland, who was dismissed for refusing to take down the video The Patriarchy Paradox from his personal YouTube site. This presentation was intended to stimulate debate among sixth-formers about issues surrounding gender and power.

The video, which is still accessible on YouTube and is well worth watching, consists of Knowland’s selection of the opinions and research findings of other people – eminent scientists, social scientists, philosophers, and radical feminists – on the subject, all in the public domain, rather than a manifesto of Knowland’s own beliefs.

But because these opinions ran counter to the Received Wisdom of the progressively ‘correct’ headmaster and governors, Knowland was fired and dispossessed of the grace-and-favour accommodation provided by the school for him and his wife and five children, rendering them homeless.

He has lost his appeal to the governors. Is he a head-banger, a danger to the development of inquiring young minds, or actually just an honest man?

The law on whistle-blowing is located in the Employment Rights Act 1996 (as amended by the Public Interest Disclosure Act 1998) and provides the right for workers to take a case to an employment tribunal if they have been victimised at work or have lost their job because they have gone public with information about wrongdoing they have witnessed which adversely affects others.

This can include fraud, health and safety, environmental damage, injustice, corporate lawbreaking, or another employee’s cover-up.

But whistle-blowing continues to be a high-risk course of action. In another case involving a private school, a teacher and her husband took the difficult decision to speak out about systematic exam malpractice.

‘We both lost our jobs, it was absolutely horrendous,’ said the wife. ‘I was completely clueless and didn’t even know I was a whistle-blower.’

She and her husband had taught at a boarding school in the South of England for more than two decades until they were forced out. Teachers had been completing assessed coursework for students, allowing them to continue working past exam time, and encouraging them to ‘tinker’ with their papers until the marking date.

‘Morally I knew it was right,’ said the wife. But she was not adequately protected by existing legal avenues, and now the Government is planning a radical overhaul of the process, because its figures show that only 3 per cent of the 1,369 employment tribunal cases brought between 2017 and 2018 were successful.

Whistle-blowing can seriously damage the reputation and financial stability of an organisation subjected to this type of criticism. But it remains a crucial protection against self-interested fraud and opportunistic lying and dishonesty.

Nowhere is this more evident than in these days of the Covid crisis, when the public are being bombarded with contradictory statistics, authoritarian social and economic repression, and the ‘looking over your shoulder’ blight introduced when words and opinions can be translated into criminal activity, on the unverified say-so of offended others.

It is terrifying to witness the extent to which otherwise sensible and intelligent people are buying wholesale into the propaganda we are being fed about Covid statistics, social restraints, and the promise of salvation by vaccination, and is worryingly reminiscent of the ease and willingness with which the German population acceded to government propaganda in the 1930s.

It reminds me of the story of Christabel Bielenberg, now dead at the age of 94, who as an Englishwoman married to a German lawyer, Peter Bielenberg, lived in Germany throughout the Second World War.

In her autobiographical writing, and in her interview statements in The World at War ITV documentary series, she exposes the effect that this repressive propaganda and government authoritarianism, not to mention the threat to life and family of even thinking about whistle-blowing, had on her.

Early in 1943, she was faced with the decision whether to shelter Jews fleeing Nazi repression. She asked friends for advice, and was disturbed by their response.

She said one friend was quite definite. ‘Under no circumstances whatsoever could I give refuge to the man or to the woman. I did not know them . . . I had no idea what I was contemplating.

‘It could not be long before I was found out, and the punishment for giving refuge to Jews was concentration camp, plain and simple, not just for myself, but also for Peter.’

When her face revealed her horror at this, the friend went on: ‘I know exactly the way you feel . . . you want to show your colours. Well, my dear, you can’t, because you are not a free agent.’

Bielenberg related long afterwards that when the Jews left, she later learned that they were caught attempting to buy tickets at the railway station, and were sent to Auschwitz. At that moment she realised that ‘Hitler had made me a murderer’.

I wonder how far most people in the UK are now finding themselves along this path. Mask wearing, social distancing, virtual house arrest, the collapsing of the economy and normal everyday life are willingly accepted, even quasi-religiously espoused. The cancellation of Christmas Day is reported to have been accepted by around 70 per cent of the population.

The moral hazards are plentiful. But to give just one example – masks. The vast majority have been manufactured in China and imported by the millions into the UK.

The New York Times, however, has reported that some Chinese companies use Uighur workers through a contentious government-sponsored programme that experts say is in effect forced labour – ie slavery.

Uighurs are a largely Muslim ethnic minority primarily from the Xinjiang region of north-west China, and many are being sent into factory and service jobs. Their labour is part of the PPE supply chain.

According to China’s National Medical Products Administration, only four companies in Xinjiang produced medical grade protective equipment before the pandemic. As of June 30, that number was 51. After reviewing state media reports and public records, the NYT found that at least 17 of those companies participate in this forced labour transfer programme.

This suggests that our unquestioning willingness to accept, even advocate, the compulsory purchasing and use of Chinese face masks is directly linked to a current practice of forced labour. What would Mrs Bielenberg make of this, and how would she refer to what Boris Johnson has forced us all to become? Willing participants in modern-day slavery?

Just remember, folks. You are not a free agent.