Give the Tory Party back to true conservatives

IN RECENT years, there has been a surge in the number of Conservative Party members who refuse to espouse anything even mildly representative of philosophically conservative views. It seems that now a large enough fraction of the party views itself in this way for it to represent the makings of significant future problems.

A reason for this is that many of these anti-conservatives are younger members who exist in a bubble of Twitter and Westminster internships straight from university, making them more influential than the more culturally-conservative Tory grassroots and voter base. Something subtly whispers to me that Workington Man (the type of voter said to be responsible for handing the Conservatives victory) is somehow misaligned with this group’s views on transgender bathrooms.

These younger voters seem to value a ‘leave-us-alone’ libertarian-like ideology, placing a heavier emphasis on free market economics, personal liberties and low government spending. They seem blind to the contradiction with their party’s swathe of state interventionist policies, especially those pushing the Leftist or ‘woke’ equality, diversity and inclusion agendas.

While these notions all undeniably influence modern party policy, it seems that Tories have marginalised their core beliefs and the Conservative Party has lost its conservatism.

Even with this knowledge, I did not expect half the backlash the Orthodox Conservative Group received after suggesting that conservatism deserves a place within the Conservative Party.

Today, it is rare to hear members praise the rich philosophical thinking which built the party they claim to know and love. Many  ignore key foundations of our politics: the preservation and protection of our culture, sustaining family structures, patriotism, civility and community, foundations which society will always need.

Rather, you will find that many will denounce any form of social conservatism as ‘outdated’, ‘irrelevant’ or ‘unnecessary’. Though much of it can be simply reduced to insufferable virtue-signalling, such as the way jumped-up MPs threw the late Sir Roger Scruton under a bus, it cannot be denied this all-too-familiar sort of attack stems from a place of genuine rejection of conservative sentiment.

The party has questionably placed a much greater emphasis on individualism and free market capitalism. While these more fiscally-conservative policies over the years have attained us economic wealth, a lot of these ideas hold flaws that many refuse to acknowledge. Our nation’s values are so much more than freedom and personal gain; we cannot exist harmoniously without some form of social order to guide us into bettering ourselves and aiding our communities and the people we live amongst.

Yet many Conservative MPs place more value on profit and personal gain than civility and social stability. Admittedly it is often unclear whether this is due to the party departing from its roots or whether politicians feel there is a stigma attached to socially conservative beliefs which prevents them from being comfortable expressing such views for fear of losing the modern progressive wing of the party.

So, as seen with Johnny Mercer, James Brokenshire and the irritatingly Twitter-present Andrew Boff,  it is not just new party members who have betrayed social conservatism.

Whatever the reason, the Orthodox Conservatives group are launching a movement to tackle this issue with the intention of not only reducing stigma but also encouraging socially conservative policies within the Conservative Party. For too long, our philosophy has been ignored by party members. But it is not just a cornerstone of our party. It is our core.

Without conservatism the party ceases to be conservative. We’re an empty shell and a party of pragmatists – no better than Change UK, The Independent Group.

After winning a sizeable majority in the recent election, it would be a foolish waste for the party not to take this opportunity to encourage more socially conservative policies. However, without encouragement (or any pressure from below) it is doubtful that MPs will have any intention of facilitating this demand since it seems that the party has become far more concerned with economics than each other.

My colleagues at Orthodox Conservatives and I strongly believe that the demand for social conservatism is now bigger than ever before – more so when considering the issues burdening our nation from crime to marriage breakdown to loneliness and mental health issues. They are all detailed on our site. https://www.orthodoxconservatives.uk/

As time passes, it is clear to me that the phrase ‘to each their own’ is no sustainable way to live, nor should it be a philosophy of life. For too long, social conservatism has been tailing behind the neoliberal and so-called progressive wings of the party. We have become so focused on policies which benefit the individual that we seem to have forgotten that we live as a collective. We are greater when we work together, when our actions not only serve ourselves, but work towards maintaining a moral standard that benefits us all.

If our history has proved anything, it is that we as a nation are stronger when we are united. I hope with the launch of the Orthodox group that we can encourage the Conservative Party to reach the potential it has and make room for some of the party’s philosophy, for it is far more than just economics.

We invite you to join us at the newly launched Orthodox Conservatives group at the start of a movement that unifies not only our party but our nation. 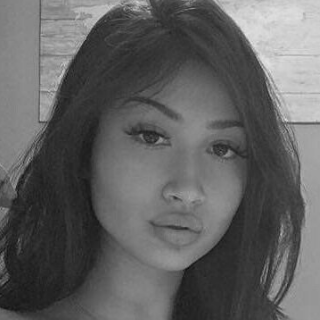