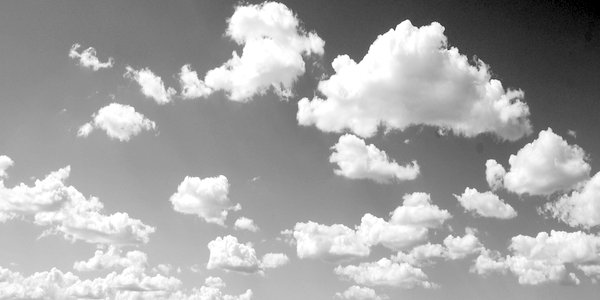 IN MY previous two pieces for The Conservative Woman on the UK’s expensive and futile gesture politics on global warming I, firstly, discussed the UK’s relatively tiny contribution to global CO2 emissions and, secondly, outlined the development of our climate change policies. In this third and final note, I assess the accuracy of the IPCC’s initial 1990 forecasts of global warming, which proved to be profoundly influential in shaping today’s ‘climate change’ policies. Briefly, the IPCC’s forecasting record has been poor, over-estimating the degree of global warming. Yet the UK government has, apparently uncritically, adopted some very expensive decarbonisation policies on the back of the IPCC’s analysis.

The Intergovernmental Panel on Climate Change (IPCC) was established in 1988 by the World Meteorological Organisation (WMO) and UN Environment Programme (UNEP) to provide ‘objective’ scientific information on climate change. However its objectivity has been, to put it mildly, questioned. Its function, arguably, would seem to be to provide scientific justifications for ‘mitigating’ the putative damaging effects of anthropogenic global warming by curbing anthropogenic greenhouse gas (GHG) emissions.

Moreover, the IPCC arguably appears to play down in what can broadly be described as the natural fluctuations in climate that have characterised our planet through the centuries, if not the millennia. I am not a climate scientist. But I understand from those who are that, even over the last 10,000 years, there have been significant temperature fluctuations which are clearly attributable to natural phenomena. Very briefly, the following, in particular, have been identified: the relatively warm Holocene Climate Optimum (c7000BC-c3000BC), the Minoan Warm period (c1500BC), the Roman Warm Period (c250BC-cAD400), the Medieval Warm Period (c950-c1250) and the Little Ice Age (16th to 19th centuries).

The IPCC has produced five climate change assessment reports to date and is in the process of producing a sixth. The five assessments were released in 1990, 1996 (prior to the Kyoto Protocol of 1997), 2001, 2007 and 2014 (prior to the Paris Agreement of 2015). This note concentrates on the First Assessment Report (FAR) of 1990, which made a huge contribution to the perception of climate change as a challenge with global consequences and requiring international co-operation. It played a decisive role in the creation of the UN Framework Convention on Climate Change (UNFCCC) produced by the UN’s Rio ‘Earth Summit’ in 1992. The UNFCCC is the key international treaty intended to ‘reduce’ global warming and cope with the consequences of climate change.

A key part of the IPCC assessments has, of course, been the climate change forecasts. In the First Assessment Report the IPCC concluded:

· There would be ‘an average rate of increase of global mean temperature during the next century of about 0.3°C per decade (with an uncertainty range of 0.2-0.5°C per decade) assuming the IPCC Scenario A (business-as usual) emissions of greenhouse gases’.

The IPCC has modified its forecasts since 1990. For example, in the fifth assessment (2014) it chose to compare temperatures with 1850-1900 (rather than ‘pre-industrial’), though it seems unclear what difference this makes. One recent assessment suggested that the pre-industrial period was ‘likely cooler’ than 1850-1900, possibly by 0.1-0.3°C.

Putting aside revised assessments, however, the key question is whether the IPCC’s crucial, seminal 1990 forecasts have stood the test of time. After all, they were made nearly 30 years ago, long enough to judge their accuracy.

To complicate matters, there are two main ways of collating data relating to temperatures:

· Surface temperatures: These include HadCRUT data (from the Met Office’s Hadley Centre and the UEA’s Climatic Research Unit (CRU)), GISTEMP data (from the National Aeronautics and Space Administration (NASA)’s Goddard Institute for Space Studies (GISS)) and data from the US National Oceanic and Atmospheric Administration (NOAA) (from their National Centers for Environmental Information (NCEI) and the National Climatic Data Center (NCDC)).

· Satellite temperatures: These include data from the University of Alabama at Huntsville (UAH) and from Remote Sensing Systems (RSS).

· Since 2016, temperatures have fallen back quite sharply. Climate scientist Ole Humlum has even suggested that ‘what has been termed “the temperature pause”, “hiatus”, or similar terms, may re-establish itself in the future’.

· The 1990 IPCC projections clearly overestimated the degree of global warming. 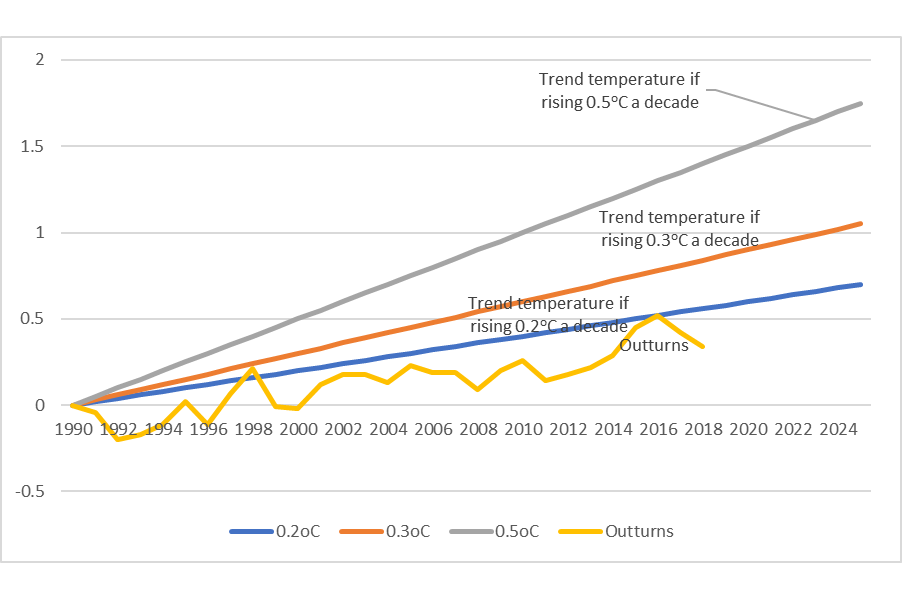 It should be noted that the weaker-than-IPCC-projected warming has been at a time when global CO2 emissions have risen significantly (chart 2). IEA data suggest that CO2 emissions were, provisionally, about 60 per cent higher in 2017 than in 1990 and 80 per cent higher in 2017 than in 1985. Moreover, they appear to have risen quicker than assumed in the IPCC’s 1990 report. According to a chart in the annex of the IPCC’s Climate Change: Scientific Assessment ‘man-made CO2 emissions’ were assumed to increase by around 70 per cent (it is very difficult to assess the precise figure) between 1985 and 2020 for the aforementioned ‘business-as-usual’ scenario. The actual cumulative emissions over this period would, moreover, appear to be much in line with those assumed by the IPCC, if not higher. 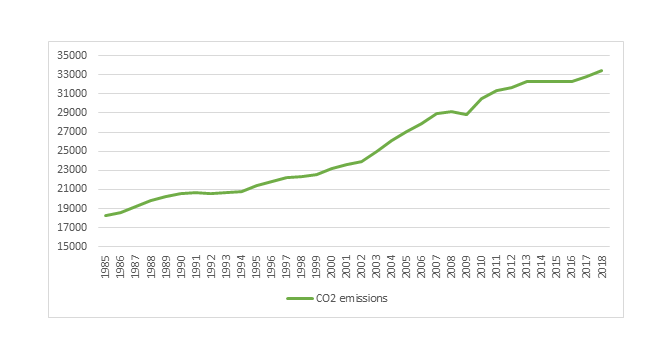 Climate models, like economic models, are crucially sensitive to the estimated relationships between interacting variables within enormously complicated systems. Specifically, in the case of climate models, a key relationship is between manmade emissions of carbon dioxide (and other greenhouse gases) as an explanatory variable for temperature change. A key question is the sensitivity of climate to increasing concentrations of greenhouse gases. If climate sensitivity is high, substantial warming can be expected in the coming century if greenhouse gas emissions are not severely reduced. If climate sensitivity is low, future warming will be substantially lower.

Climate scientists Nicholas Lewis and Marcel Crok argue that climate sensitivity is significantly lower than assumed by the IPCC and have, moreover, concluded (in 2014):

‘A lot of the recent public attention has been focused on the slowdown of global warming in the last 15 years, which the climate models failed to predict. Defenders of the models tend to admit that models have difficulties with natural fluctuations in the climate that last for 10 to 15 years. However, the situation is much worse. Virtually all the models that the IPCC uses in its report have been running too hot over the last 35 years as well, long enough to judge them on a climatic time scale.’