NewsPaperthe art of publishing
HomeNewsGM food is here to stay, so let’s get ahead of the...
20

GM food is here to stay, so let’s get ahead of the race 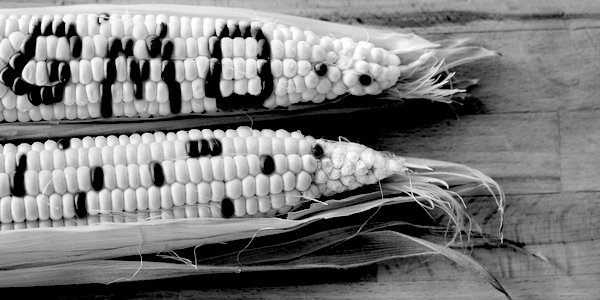 Good news for the UK, but bad news for the anti-science, anti-progress green movement: the Telegraph reports that ‘gene-edited super-crops’ are to be grown in Britain. The government will be exploiting a loophole in EU rules which frees plants which have had their DNA ‘edited’ in a way which could have happened naturally from the restrictions imposed on plants which have been genetically ‘modified’ by the addition of foreign DNA.

This should help us establish a competitive advantage over EU member countries which are still resolutely anti-GM before they eventually decide they should catch up with scientific opinion. It’s also a hopeful sign that the influence of the red-green alliance of anti-capitalists and militant environmentalists is perhaps slowly starting to wane. Opposition to GM does now seem to be in decline, particularly and interestingly with younger people, with a recent Populus poll showing 67 per cent of those aged 18 to 30 broadly in favour of GM.

And quite rightly. The claims made since the nineties that GM ‘Frankenfoods’ would bring disaster have come to nothing. In the countries where GM crops are widely grown nature’s fabric has not been ripped apart. Foodstuffs have not mutated into something from science fiction. In much of the world, GM is well established and mainstream with solid, scientific support.

A lot of the green opposition to GM has very little to do with science anyway. Greenpeace’s chief scientist, Dr Doug Parr, admits it’s not just a scientific question. When considering GM and how the world can achieve adequate food for all of humanity, he asks: ‘What are the political, economic and institutional means to deliver that outcome? What role do companies and intellectual property rights have in that process?’ It seems that the enemy they perceive here is capitalism and the power of corporations. But capitalism working with Western science has created miracles in tackling world hunger, despite population growth.

The greens have raised fears that monopolists might exert undue control and create dependence among poor farmers in the developing world, particularly for seeds. But you could make similar arguments about the control of other emerging technologies. The way to reduce the power of a monopoly is not to ban its products: it’s to encourage new players to enter the field. Meaning more GM, not less.

Current estimates are that at least 160million hectares, or 10 per cent of the world’s arable land, is being used to grow GM or GE crops. Some of those crops are bio-fuel or animal food but not all. Hundreds of millions of people eat GM products every day, particularly in North America and Asia. In the USA, 93 per cent of all corn and soy produced is GM, with an estimated 60 per cent of all processed food purchased containing GM ingredients.  Uncountable billions of GM portions have been consumed by humans with no ill effects.

But the green movement won’t be put off by facts or scientific reality, and the public can be easily scared. Few of us understand science well or look at statistics. It’s easy to stir up mistrust of powerful multi-nationals or anything novel and create confusion about what constitutes safe food, especially in an age where so many quackish ideas are prevalent.

GM has meant a dramatic increase in the speed and precision with which we can alter plants, but we have been artificially shaping nature for more than ten thousand years. The selective breeding of plants and animals that allowed the development of agriculture has been the manipulation of DNA by slower methods. The wild ancestors of many of our pre-agricultural foods would be virtually unrecognisable today. And that’s because of human intervention.

Of course people should be free to make their own choices. If you want to buy food only from the nearest organic farm shop and can afford to, fine. But we have seven billion human beings who need feeding. This includes, according to the UN, an estimated 800million who are chronically underfed, as well as many more who spend far too high a proportion of their income on food.  We can’t afford not to use all the resources that human ingenuity have given us.

There will always be a place for variety including artisanal food and small-scale production. Difference should be defended. But feeding the whole world relies on science and industrial techniques that don’t fit the bucolic fantasies of the green movement. Whatever they and the EU with its myriad restrictions want, our government should be pushing to encourage those corporations and scientists who realise that GM is safe, is needed and is our future.

Share
Facebook
Twitter
WhatsApp
Email
Previous articleWhy did they ever think that women could join the infantry?
Next articleIn these negative times, a story as uplifting as you can get