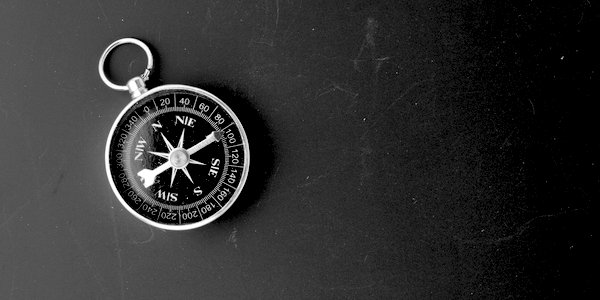 SO IT’S rolled around again! It’s International Spoilt and Entitled Posh Birds Day! The day we all loathe for its weird mix of triumphalism, victimhood and virtue signalling, glass ceilings, gender pay gaps, and all the metropolitan elite obsessions and bandwagons that even so-called conservative newspapers like the Telegraph now jump on.

Of course, International Women’s Day, to give its formal misnomer, doesn’t cater for the needs and desires of most women at all: there will be no talk of motherhood, the rising number of involuntary childless and single women, grooming gangs or the like. No talk of men either, of how the catastrophic destruction of relationships between the sexes is affecting society generally.

However, beyond the destructive ‘Woke’ group politics of the gender wars is a larger story: the feminisation of – or at least the removal of masculine qualities from – society, and this is what today’s worship of wimmin is largely about. Whether it concerns the coronavirus, the environment or any other issue, the elites have stopped believing in masculine virtues such as resolute leadership, risk taking and problem solving – even from women, as Priti Patel has now found out. (While we are on the subject, chaps, and especially because it so annoys the sisterhood, let’s be thoroughly sexist and admit that whenever we see the volcanically hot Priti’s sultry features, politics is the very last thing on our minds.)

A question rarely asked is, how will men, particularly young men, ultimately react? To worry that they are alienated from society is really to ask the wrong question: with gallons of testosterone sloshing around their veins, young men are always alienated from society. The challenge is to channel their alienation from the status quo into a constructive direction, and that is something we are clearly failing to do. At the bottom end the spiralling violence and knife crime has its roots in mass fatherlessness and the consequential gangsta culture in our inner cities. But how about at the top end? What happens when educated young men with highly transferable skills sense there are better opportunities and more respect to be had elsewhere?

They will leave. The future, I think, particularly for young men, lies in Eastern Europe, and we will soon see a reversal in the flows of youth from East to West.

Eastern Europe is a fascinating experiment in social conservatism, and it is between these countries and the fading West that the decisive battle between liberalism and social conservatism will be fought. Poland, for example, is economically fast catching up with Western Europe, but it is very carefully preserving the social capital vital for long-term progress as it does so. Such countries have already overtaken us socially in many ways; what happens when they overtake us economically? The Hungarian Prime Minister Viktor Orban once remarked, presciently, that his country would welcome refugees – but only those from Western Europe fleeing liberal policies.

After all, where would you rather live as a young man – a stagnant, neurotic, irrational society scared of its own shadow where your sexuality is despised, or in family-oriented Christian countries free of Islamic bombs, political correctness and where the virtues of both sexes are respected?

And that brings us neatly to the virtues of the fairer sex. As anyone who hasn’t been living on Jupiter knows, Slavic Eastern European women are very, very serious competition for their Western sisters. Tall, often blonde, willowy and high-cheekboned, in recent years they have dominated the totty sphere. For some mystifying reason men suddenly developed a fascination with women’s tennis – at least when a certain very leggy blonde Russian happened to be playing – and it seemed for a time that every catwalk model had a surname ending in ‘-ova’. Nor are these the exception: there are so many of these beauties that you would think there is a factory on the Dnieper churning them out by the thousand. Admittedly, they do tend to have a vampiric relationship with your wallet, at least if my previous personal experience is anything to go by, but they are gorgeous, gracious, strong, family-oriented, proud of their femininity and expect men to be equally proud of who they are.

This blog is to some extent written in a light-hearted vein, on what is a depressing day for socially conservative men and women, but it contains a sad truth: our elites have plainly learnt nothing from Brexit and are determined to plough on with a woke, feminist agenda to the detriment of all. Meanwhile, those countries that respect and value both masculine and feminine virtues are those that will reap the benefits of them: it is culturally conservative Eastern Europe, not the atrophied West, that is today striding confidently into the future. Who would bet against them reversing demographic decline with their strong pro-family policies as the West continues to sink into singledom, and who would bet against them being where the great technological advances of the future are increasingly made, as the best young men (and women) flock to their shores?