NewsPaperthe art of publishing
HomeNewsGod’s people, and where to find them
94

God’s people, and where to find them 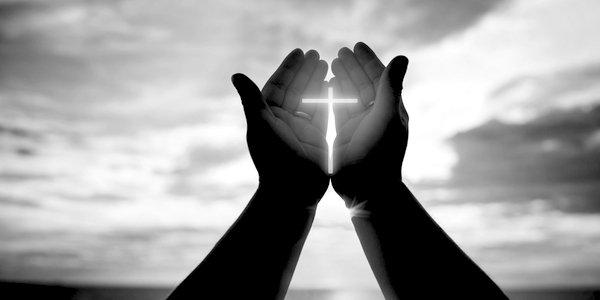 JUST who are God’s people? As a parish priest, I’ve been fortunate to know a few of them. When I was a teenager, I lived like a wild thing with my mates in Armley, an industrial suburb in Leeds. One of our favourite haunts was a piece of derelict, bomb-cratered land called the gardens – a misnomer if ever there was one. Another was New Wortley Cemetery where we used to run and hide among the gravestones. We smoked, and necked a bottle of beer on the odd occasion we could purloin one. We looked at pictures of incompletely-dressed young ladies in such publications as Foto and A Basinful of Fun.

Moment that sticks in the memory: I was in the cemetery one day and came across a girl aged about seven sitting on a bench making a daisy-chain. The bench was just behind the chapel that the Co-op undertakers used for funerals. The little lass looked up from her game, pointed at the chapel and asked me:

I think she was one of God’s people.

One day I was making mischief on Skilbeck Street by the gas works when the curate pounced on me. This was Fr John Thornton, ex-naval commando, cassock and priest’s hat, high church, chain-smoking:

‘What’s your name then?’

‘Well then, Peter, I want to see you at church on Sunday!’

Fr John was one of God’s people.

God knows – probably literally – why I went. I’d never been in St Bartholomew’s church before. Huge and black against the sky, it loomed over the dirty suburb like a Victorian grandparent. In it there was Bach on the great Schulze organ and words like forasmuch as without Thee we are not able to please Thee. At once I was smitten, enchanted, addicted. I’m sure those are not the right words, but I can’t think of any others that will do.

Sometimes I think God doesn’t quite know what he’s doing. For the next thing I knew I was asking what I had to do to become a priest. I was told to say my prayers and attend the Holy Communion service every week. Easy-peasy: Bach and the English language lived there. Then I had to go and see the Director of Ordinands, Bishop Henry de Candole, who lived in the leafy Duchy Road in Harrogate, a place so posh that the birds ceased their singing while the prosperous dowagers took their afternoon nap.

Bishop Henry was minute, thin as a pipe-cleaner with a Tinkerbell voice and a handshake that was so tenuous it was like disembodied mind. There were 30 of us ordinands. Henry would sit in our midst and point to each one, introducing us all by name. He was kind. He didn’t scold as the other adults scolded. He smiled. When Henry was with you, you felt OK – and never mind all the monkey tricks you’d been getting up to.

Bishop Henry was one of God’s people.

When I became vicar of a Yorkshire country parish, I inherited a verger-cum-sexton, Harry Galtrey. I never saw him without his pipe and a shovel. Very cheerfully, he pretended he was hard done by. One day, with a sort of furtive nostalgia he complained: ‘If I was one of Dolly Parton’s triplets, I’d be the one on the bottle!’

Harry was one of God’s people.

Farmer Bill Pick always took his gun out with him when he went into his fields. One day, on his tractor, he accidentally shot himself in the leg and lay there half a mile from the farmhouse. He nearly bled to death. The doctors at York District Hospital didn’t hold out much hope. His wife Ruth was having none of that. She just about carried his diminished frame home and nursed him back to health.

Ruth was one of God’s people.

Sheila Grayson never came to church – not even for the special service I put on in 1977 to mark the Queen’s Silver Jubilee. Next morning, I met her in the street:

‘How many did you get in last night then, vicar?’

‘Packed out. But why do you ask? You never darken our doors.’

Dennis Backhouse, the undertaker, was a man so elegant, serene and benign that you wouldn’t mind being dead if you’d got Dennis to see you off. It would be like a nice day out.

Dennis was one of God’s people.

I had been schooled as follows: ‘Always be first at the grave and don’t let the next of kin get too close in case she’s going to do something silly.’ I followed this rule and so far I’ve not had to witness the English version of suttee. But I once thought I was about to. Two sisters. Stout Elsie and slim Jane. Jane died. We went into the churchyard for the committal. Elsie, built like the Ark Royal, lumbered mightily close to the grave and I thought she was going to do something silly. I stretched out my arm to try to restrain her, but she only peered into the grave and said: ‘I’m going in there one day, vicar – and I’m thinking it’s going to be a bloody tight fit!’

Elsie and Jane were two of God’s people.

When God gave us free will, He didn’t say: ‘Right, you can do as you like but watch it! For if you don’t do what I say, I’ll give you the hell of a time!’

There is only one reason why God gives us free will. He wants us freely to choose to love him. Why? Because God knows that’s what’s best for us.

God, I think, is like Bishop Henry de Candole. God is kind. God calls us all by our name. Give God half a chance and he will take you by the hand.

God is just that sort of bloke. I might almost say that he is one of God’s people – ex officio.