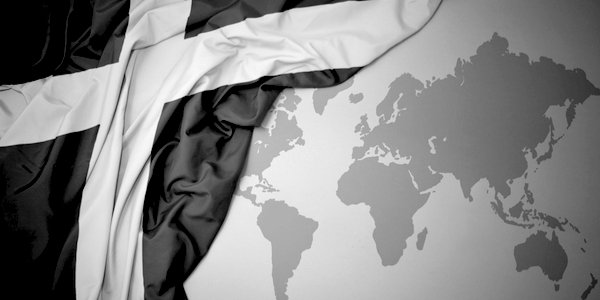 MY mum’s consoling words in adversity were ‘There’s always someone worse off than yourself.’ I think she was right, and not least when it comes to the trauma of being a parent of children at schools in England. No matter how bad things are here, it may be some consolation, however scant, that the Scottish school system is even more plagued by collapsing standards and force-feeding of political correctness.

Introduced in 2010, the Scottish version of a national curriculum – The Curriculum for Excellence – is a mishmash of cross-curricular themes and woolly thinking. Writing in The Scotsman, a recently retired head teacher north of the border described it as ‘not a curriculum at all, and it doesn’t seem to be leading towards excellence. A fairer name would be something like “A Theory towards Vagueness” or possibly a “Prescription for Citizenship”.’

On the most recent (2015) OECD tests of attainment for 15-year-olds, Scotland recorded its worst-ever performance. Standards of literacy and numeracy are plummeting. The most recent survey results were described by Scotland’s Deputy First Minister and Education Secretary, John Swinney, as ‘simply not good enough’. ‘Shameful’ was the description used by Scottish Tories.

A few years ago, Scotland’s First Minister Nicola Sturgeon announced that she wanted ‘to be able to say, with confidence, that there is no better place in the world to be educated than here in Scotland’.

Failure has rarely been writ larger and yet politicisation of pupils, not education, seems to be all that matters. Talk about politicians taking their eye off the ball! The Scottish National Party in Edinburgh even went so far to ‘give enthusiastic backing to the Green Party’s demand for school pupils to be given the right to stay away from classes to protest against climate change’.

I leave the last word to a worried Scottish dad who has just written to me.

He has asked me to preserve his anonymity, but what he describes only underlines that my mother was right. No matter how bad we have it here in England, almost certainly Scottish parents are having it worse.

I’m really concerned about our kids’ education now in Scotland. I’m not sure if it’s the same UK wide but I’m certain we’re heading down the wrong path here. I have a 12-year-old son who I love so much. I’m a single parent, his mother sadly passed away five years ago. I only want what’s best for him and certainly at his school. He attends (X) High School in (X). They have an LGBT club for the kids but no football team! He loves playing football. I’ve nothing against anyone being gay or whatever but I’m very concerned about kids being encouraged down certain sexual routes through school education. I had to email the head teacher after I was at a parents’ night and saw a large colourful poster saying just ‘IT IS OKAY TO BE GAY’ on one of their billboards. Alongside this was an advertisement for their LGBT weekly club.

I am also concerned that he is being taught, in depth, about certain religions but not his own. We are Protestant Christians which seems to be nearly becoming illegal in Scotland.

On the history front. This country was shaped through the reformation and Covenanters; kids don’t have a clue about this. They can tell you what Ramadan is though. By the way, I’m not racist.

Independence and the SNP are having too much of a say through our kids’ schools now. I’m sure you’ll be aware of this. In my opinion, nationalist politicians are attempting to brainwash our kids.

Donating to food banks etc through schools is not the way forward. We are very kind people, the likes of me and my family and neighbours. I would give any struggling person a hand.

I’ll just stop there, Chris, for I could go on all night.

What do you think of my concerns?