Goldilocks and the Three Bears – socialism, fascism and authoritarianism 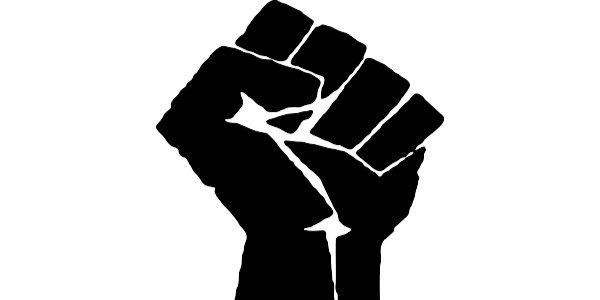 THE Guardian writer Larry Elliott last year identified a ‘new variant of global capitalism’ as an outgrowth of Covid policies.

Examples cited by Elliott include the furlough scheme, protection of private tenants from eviction, and the printing of money with delirious abandon. But he mischaracterises this variant of eco-fiscal policy as capitalism, when it bears a much more striking resemblance to socialism, and its close cousins fascism and authoritarianism.

Using the hyperbolic wartime rhetoric in which leaders from 2020 have framed the pandemic, Elliott makes the case for tax-and-spend sprees and increased state intervention at the expense of free markets. He blames the 2008 financial crash for ending what he calls the ‘Austrian variant’ of capitalism – characterised by minimalist regulation, encouragement of free-trade environments and low taxes. Whilst correct in his predictions on the current leadership, his argument that enlarging the state at the private sector’s expense is the means to achieve a thriving economy is flawed.

The New Tories (for they bear no likeness to their predecessors) have spearheaded the most aggressive expansionism of bureaucratic authority since before Thatcher, alongside staggering tax hikes with complete disregard for the crippling effects this will have on working people.

An example of the current Civil Service behemoth’s attempts to choke businesses with pointless regulation is the diversity requirements of ESFA, the Education and Skills Funding Agency for funding and licensing apprenticeship schemes.

A friend of mine who attempted to set up one such apprenticeship programme in Lancashire two years ago saw his application summarily rejected on grounds of an inadequate diversity policy, with zero guidance on how to rectify said deficiency. This rejection prevented him from hiring 250 apprentices over the following five years in one of Europe’s most deprived regions, where three out of four children live below the poverty line (according to a 2019 report).

In my friend’s words: ‘The area is close to shipbuilding and very hi-tech engineering so the graduates from the apprentice programme can go anywhere in the world and get hired because of where they have worked, so it’s not just a tragic loss to the local community but the entire nation.’

I wonder whether the murky sub-quango, ACDN or the Apprenticeship Diversity Champions Network, which appears to lurk around the EFSA, had anything to do with the application’s denial, under the guidance entitled ‘Prepare to offer apprenticeships’. That document requires research to be carried out by apprenticeship programmes on the development of equality and diversity policies and their implementation and that these be sufficiently robust as to ensure inclusivity. Quite exactly how to prove compliance with the agency’s brand of woke-speak is not specified.

Apprenticeship schemes for youngsters have been around for quite some time. Hundreds of years ago they served as fronts for child slavery, but remained the best alternative for paupers who would otherwise be sent to the workhouse.

In the early 1800s, government efforts to improve the situation of England’s poor, particularly in the north, saw the Poor Law Amendment Act enacted in 1834 three years before Victoria became Queen. This legislation tried to solve the problems of poverty, unemployment and homelessness by creating a system of mandatory workhouses established by parish unions where the poor could be housed, clothed and fed.

The notorious workhouses became like prisons and the new law uprooted rural families from their homes to send into appalling and inhumane conditions in northern towns.

Charles Dickens wrote Oliver Twist to expose the cruel practices imposed by the workhouses on children.

A depiction of life for northern child labourers in the Victorian era can be seen in the 2013 Channel 4 series The Mill. Based on true stories of orphans forced to work at the Quarry Bank cotton mill in Cheshire, its cast includes Tommy, whose hand is sliced off whilst the overseer is distracted trying to molest one of the girls in the factory.

As pointed out in this TCW article, it was not until an awakening of Christian virtues in the 19th century that the lives of Britain’s poorest, especially children, began to improve.

In what is probably well-meaning, but as similarly misguided as the Poor Laws, current attempts at shaping society through quotas for private businesses, along with destructive fiscal policies, rather than achieving a ‘Goldilocks’ economy (with a temperature just right for upward mobility), have created the opposite effects. We are left in a pit of stagflation and limited growth where the young face shrinking opportunity. It’s nothing less than pure irony in this context to mention Goldilocks, who ventured into the bears’ abode and ate their porridge oblivious to the fact that she was blatantly taking their property. Such is the defining feature of socialism. Add to it the fascism of woke mandates and enforcement powers granted by authoritarian regimes which we are currently under: the inevitable result is economic disaster.

As business innovations are stymied by diversity diktats (such as my friend experienced), customer spending power decreases from tax hikes and costs continue to spiral due to supply chain issues and materials price increases, any attempts by this Government to level up the North-South imbalances remain fruitless.

Young jobseekers will be hit the hardest. Like those orphans left by their parents in factories and workhouses, today’s children have been made to suffer most of all, not only by neglect of their welfare through senseless Covid policies but by the effects of bad economics. For the Millennial Generation seeking entry-level jobs it is the worst employment market since the Great Depression.

In The Mill the most sickening character is the matriarch of the mill’s proprietor family who, like Dickens’s Mrs Jellyby, remains blithely unmoved by the sufferings of the children under her care whilst campaigning for the rights of oppressed slaves overseas, only to be proved a hypocrite when it is discovered she owns a cotton plantation. Why are we so similarly uncaring when it comes to the young people of this country?

Some say the modern British welfare state originated with the Poor Laws, the first of which date back to the Elizabethan era. It has also been suggested that today’s Universal Credit system stems from the same failed, one-size-fits-all approach as the 1834 Poor Law Amendments.

Whilst such comparisons could seem exaggerated, one thing is certain: the so-called ‘new variant of capitalism’ is in reality a trap of the old and tried kind comprising socialism, fascism and authoritarianism.

With three bears like that standing in the way of flourishing, nobody in their right mind could think we are anywhere near achieving a Goldilocks economy.

Share
Facebook
Twitter
WhatsApp
Email
Previous articleDeborah thanked Jesus for helping her in an exam. Her Muslim classmates beat her to death
Next articleMike Yeadon on the Covid lies, Part 3: The WHO pandemic treaty must not happen