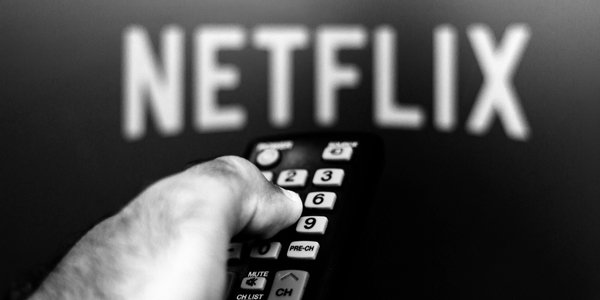 I TAKE this moment to urge you to cancel your Netflix subscription. We cancelled Disney, for obvious reasons. In fact, I believe we were receiving Disney ‘free’ as part of some phone package, but we refused the free renewal as it had become unbearably woke. That’s how much I hate Disney right now – you literally could not give me the subscription.

We subscribed to Netflix early and I admit I enjoyed much of their programming such as The Crown, Bridgerton, some older movies and many of their true crime documentaries. I tried to block out the ever more woke content and some of its sexually explicit content. Then my girls started watching The Baby-Sitters Club. You remember The Baby-Sitters Club, right, those innocent books that were around in my day and seemed completely harmless?

Enter Netflix. The Baby-Sitters Club has received a woke makeover. In one episode (which somehow I missed) one of the girls, Mary Anne, babysits a boy, who now identifies as a little girl, Bailey. How does she find this out? Mary Anne goes to Bailey’s wardrobe, finds lots of jeans and T-shirts, and says well, these won’t do. The little ‘girl’, who loves all things princess, shows her the more beautiful girls’ clothes, which are ‘her’ new clothes.

‘Those are my old clothes,’ the boy tells Mary Anne in one scene. Confused, Mary Anne seeks out her friend Dawn, who tried to explain: ‘If someone tried to make you do everything with your left hand, it would be super-weird, right? That’s how Bailey feels. The same way that you know that you’re right-handed, Bailey knows she’s a girl . . . We all want our outsides to match our insides.’

What fresh hell is this? Not only does this programme push transgender ideology, it doesn’t even make any sense. So, we are now to believe that girls are not to have jeans and T-shirts in their wardrobe any more? We are to accept that these clothes are in fact useless to young Bailey? Is that what they are saying?

I grew up in the 80s and 90s, and wore my older brother’s clothes a fair bit. My younger daughter wears some of her brother’s T-shirts – it would be a waste not to get further use out of them. Even were we to accept that Bailey is now a ‘girl’ (which I absolutely do not) we are also to accept that ‘she’ can’t wear any of her old boys’ clothes? That’s some serious stereotyping right there.

This ridiculous programme demonstrates once again that the only way this trans ideology works is if you accept a hyper-stereotypical view of girls and boys. This boy is now a girl, therefore can’t wear a T-shirt? Seriously, are we returning to the 1950s or something? I believe this hyper-stereotyping of girls’ roles is what the feminists object to the most.

In case your little kids might have missed the point, Mary Anne then lectures a pair of medical professionals in a hospital where little ‘girl’ Bailey was admitted, on how they should address the boy who is in fact a girl by the proper pronouns. She also demands a hospital gown that is not blue – because we all know that if you are a woman or a girl wearing a blue hospital gown is just not acceptable.

As I said, it is not just the trans ideology I object to, it is the complete and utter idiocy of the whole thing. The mind-blowing stupidity of the storyline is reason enough to cancel Netflix.

It is bad enough that this trans madness is out there preying on women and girls to harm their own bodies, and destroying female spaces. But if you pay a company to indoctrinate your kids in this evil, the joke is on you.