Got those self-assembly blues . . . 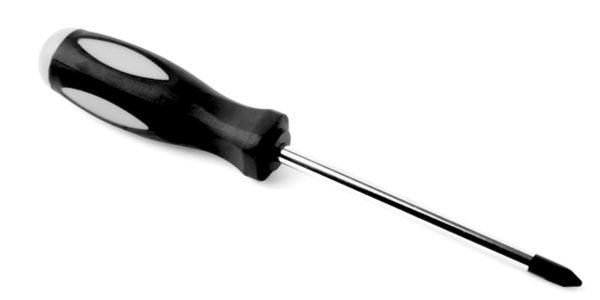 IT is a hard-earned perk of old fogeyhood that one has long ceased to accept homework from those in authority. While in small doses homework may be harmless enough, prolonged exposure leads to serious long-term complications. Indeed, several cohorts of mine were so brutalised by the harridans who dispense the stuff, they actually went on to become headmasters themselves; not least for the pleasure (one cannot help suspect) of exacting a little revenge.

My father had a particular dislike of ‘homework setters’, as he referred to them, or in the common parlance traffic wardens, police officers and council officials. I still remember vividly the day he silenced an unwelcome would-be pollster at the front door by raising a single eyebrow. His finest words to me were these: ‘With the exception of mistresses and High Court judges, never let anyone set you homework.’

Wise words, though I fear I have sullied his memory somewhat by not living up to them. You see, I have become a slave to self-assembly – involuntarily, I hasten to add. It all began last year, in my regular, unsuccessful conflict with officialdom (she who must be obeyed). It transpired that we had invested in an outdoor trampoline for our youngest.

‘Easy assembly in one hour’ proclaimed the box. It took me 12 hours to complete, accompanied by the most comprehensive cacophony of swearing the English language can muster, and resulted in multiple cuts and bruises.

I vowed that day that never again would I permit myself to be given homework against my will – and yet there I was last weekend with a self-assembly exercise bike (one I guarantee will collect dust rather quickly!)

Why is it upon reaching, shall we say, ‘a certain maturity’ that friends and relatives seem to believe you desire nothing finer than to fritter your time away deciphering mistranslated instruction manuals, searching for missing pieces or conscripting ‘assistants’ to help you? In my darker moments, I suspect a conspiracy is afoot; a suspicion compounded by the sotto voce mutterings I sometimes catch: ‘It’ll give him something to do!’

Along with unanaesthetised root canal work, and accidentally flicking through the Guardian, self-assembly is the most joyless activity I’ve ever had the misfortune to participate in. Bad gifts are one thing, but at least white elephants usually come prefabricated.

The worst part of this nightmare is that the calendar affords limitless opportunities for the magnanimous to display their largesse: parties, birthdays, anniversaries, the gifting season (or Christmas, as I think it was once known) and, dare I say, retirement? In the last six months alone, I was held to ransom by a self-assembly barbecue, kids’ swimming pool and my wife’s latest whim – an outdoor fireplace.

Whatever happened to buying something as is? Along with the rest of the planet, it appears Britain has outsourced production to China – the forlorn hope presumably being that it will appease the climate goblin, Greta. Sweden used to export Britt Ekland – now the best it can manage is third-form lectures on global warming, and an IKEA coffee table to slash your wrists on.

If this is the way the wind is blowing, what’s next? Building eco-friendly vehicles out of Lego? Why not houses, computers or even pets? During my last sojourn with the NHS, I was half-expecting the surgeon who operated on my herniated disc to slip me the scalpel and quip: ‘Just put it back together yourself, old boy.’

With every weekend now as forsaken as the last, and with twittering cries of: ‘It won’t take you long, you’re a man, aren’t you?’ ringing in my ears, I’ve decided it’s time to take drastic action – fight DIY fire with DIY fire. I fully intend to return the favour (with interest) to everyone who has set me homework over the past 12 months. Let’s see how keen they are when it’s their Sunday gin and crossword being interrupted.

As bleak as the outlook is, the one bright spot on the horizon is the inevitable onset of chronic arthritis – at which point, I can hang up my screwdriver with a clear conscience. Until such time, however, let battle commence!

Share
Facebook
Twitter
WhatsApp
Email
Previous articleMark Steyn and me at the end of a febrile day in politics
Next articleGod’s people, and where to find them