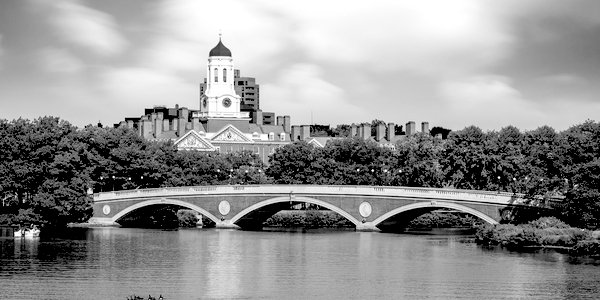 CHAPTER 101 in how the American university system can make you stupid: see Danukshi Mudannayake. She doesn’t believe in due process, she doesn’t believe in the presumption of innocence, and she thinks constitutional rights are scary things that do her violence. This case also demonstrates why the #MeToo movement is a threat to essential Western values such as due process.

Three years ago, Danukshi Mudannayake was a star grammar school girl in east London who won a place at Harvard. Now she is leading a #MeToo revolt at the Ivy League university against one of its leading black figures.

Her target is Ronald Sullivan Jr, the first African-American faculty dean in Harvard’s history. In this post, the law professor oversees the welfare of more than 400 students who live in Winthrop House, one of the university’s halls of residence.

No accusations of sexual impropriety are levelled against the 52-year-old dean. Instead, he is under fire for joining Harvey Weinstein’s legal defence team.

Mudannayake is afraid of constitutional rights such as the right to fair trial. They are too scary for her, and now she can be found hugging puppies and denouncing lawyers for doing their job in defending scumbags.

That’s the thing about rights, you can’t play favourites with them. You can’t ditch them because the person on trial is an awful sleazebag. In fact, the scummier the scumbag, the more important it is to have due process, because if you ditch it you do damage to your society and your legal system, never mind the scumbag.

The thought of Sullivan working with the disgraced former film mogul is ‘not only upsetting, but deeply trauma-inducing’, Mudannayake argues in a petition calling for the professor’s removal. About 50 students, organised by Mudannayake, have protested outside the university president’s office: some wore tape over their mouths, others carried #MeToo placards. In a separate incident, Winthrop House was vandalised with graffiti that read: ‘Down w/ Sullivan’, ‘Whose side are you on?’ and ‘Your silence is violence’.

Pity Mudannayake’s parents: her mother works in a petrol station and her father is an Uber driver. Safe to say they are probably pretty straightforward people and have a fair amount of common sense; sadly this was not enough to save their daughter from the ridiculous ‘safe space’ culture of the US campus. Mudannayake was a high achiever at Woodford County High School for Girls, a selective grammar in the London borough of Redbridge, when she was helped by the Sutton Trust to secure a place at Harvard. She was the first person from her family to go to university. God, what a let-down.

The professor she now protests against was on the right side of all the hot-button issues. The Times says: ‘Sullivan worked as an adviser to Barack Obama’s election campaign, represented the family of Michael Brown – a black teenager whose killing by police in Ferguson, Missouri, caused worldwide outrage five years ago – and is credited with securing the release of thousands of wrongfully imprisoned defendants.’ None of that matters now. He emailed students defending his decision to represent Weinstein. ‘Every citizen charged with a crime is cloaked with the presumption of innocence,’ he reminded them, warning of ‘mob justice’.

What a waste of energy that was. These #MeToo activists are the mob; they are not interested in such things as the presumption of innocence. Already Harvard is wavering on Sullivan – what an awful institution it has become, destroyed as always by the Left.

The only thing our kids need protection from are most of the ideas coming from the American campus. Spending more than a few months there will probably turn any good student into a Leftist idiot. And the rest of society could well do with some protection from the mob justice that is #MeToo. But then it does shift newspapers.