GERMAN TV isn’t known for causing scandal but that is just what has happened recently after WDR2, one of the many publicly funded TV channels, produced a satirical song about climate change. A girls’ choir sang a version of the classic children’s song My Grandmother Rides a Motorcycle in the Hen Coop modified to ‘My Grandmother is an Old Environmental Sow’.

The song’s lyrics accuse the grandmother of eating cheap meat, going on cruise ships, and knocking over old people in her SUV. Every verse finishes with a repetition of the title. It ends with a quote from Greta Thunberg: ‘We will not let you get away with this’.

It caused an immediate uproar and was deleted overnight from WDR’s website and Facebook page, where it had garnered 40,000 comments. Tom Buhrow, the director of WDR, offered an apology the day after. That failed to calm the backlash, though, with #Omagate (#Grandmothergate) trending for days after.

In Germany young people from Fridays for Future have been leading climate protests much like Extinction Rebellion in the UK. They sent a tweet before Christmas complaining about grandparents talking over them even though they ‘won’t be there much longer’.

Initially they claimed it was satire, but later apologised. Armin Laschet, governor of the state of North Rhine-Westphalia, warned that the song and the controversy round it risked escalating into a ‘generational conflict’. Even the vice-president of the Bundestag, Wolfgang Kubicki, got involved: he said the choir was being used for ‘re-education’ purposes and compared it to communist East Germany.

WDR journalist Danny Holleck caused further fury when he tweeted in response that ‘grandma isn’t an environmental pig but a Nazi pig’.

After baiting those who replied to him, he finally offered an apology for any offence he caused to older people, excused his tweet as sarcasm, and specifically excluded from his apology all those who he claimed had threatened him with violence. WDR dissociated itself from his comments, but stood by him as an employee and said it saw no reason for him to be sacked.

The unusual success of Right-wing outrage online and a protest outside WDR’s headquarters by 200 people, 25 of whom belonged to the far-right German Brotherhood, according to Cologne police, inevitably led to a Left-wing reaction. The DJV union for journalists condemned Buhrow’s apology as ‘not very helpful’, climate change pressure group Grandparents for Future defended the song as ‘not worth getting upset about’, 40 comedy writers published an open letter calling for the song to be re-uploaded to the internet by WDR, and a protest was held outside WDR in favour of the song by more than 1,000 activists waving Antifa banners and red flags; 20 of them were arrested in scuffles with police, including one who turned out to be a journalist.

Cynical souls have pointed out the hypocrisy of these self-proclaimed defenders of satire who failed to defend the popular comedian Uwe Steimle when his show was cancelled by MDR (another public broadcaster) shortly before. MDR said that he had ‘massively questioned the basic values of public broadcasting’ in his comedy, which was known for depicting Ostalgie (nostalgia for the GDR) and the complaints of the small-minded Wutbürger (angry citizen), and that this was unacceptable.

The scandals have highlighted the cushy nature of German public broadcasting, which relies on a ‘fee’ of £179 a year (more than the £154 British licence fee), which must be paid (unless you’re disabled and can’t watch TV), and isn’t free for over-75s, effectively making it a hidden tax. There is a bafflingly large array of national and local television stations which, despite their plentiful funding, struggle to attract ratings; the average viewer is over 60. The public broadcasters won a major victory in 2018 when the German Federal Constitutional Court ruled that they are necessary for democracy, making them hard to challenge. As might be expected, this helps to sustain a political monoculture across public sector broadcasting which invariably leans Left; Wolfgang Grebenhof, deputy chairman of the DJV journalists’ union, recently tweeted that the success of Boris Johnson and Donald Trump suggested that the English language was causing Britain and America to suffer from a ‘mental defect’.

The main public broadcaster ARD was embarrassed last year when its ‘framing manual’ was leaked. The document was drawn up by linguist Elisabeth Wehling and, together with training staff to use it, cost over 120,000 Euros of taxpayer’s money. It claims that people aren’t purely rational and sets out how the public broadcasters should exploit this emotionally in order to defend themselves against critics by claiming that people who don’t want to pay the tax are being anti-democratic. It also says that they should respond to complaints by the Right-wing party Alternative for Germany of political bias and the need for media reform by emphasising the important of ‘our public broadcasting’, in an echo of the British tendency to refer to ‘our NHS’.

Although the British media has provided some coverage of the scandal, it has been of poor quality. The Telegraph claimed that Danny Holleck’s ‘Nazi pig’ tweet was deleted, even though it is still available on his Twitter profile.  A BBC article was even worse, ignoring the Left-wing protest which led to 20 arrests in favour of repeating claims that ‘Right-wing extremism’ was to blame.

WDR have said they will hire a communication crisis firm to deal with #Grandmothergate but it may not be necessary.  Despite their anger, critics of public broadcasting in Germany have little influence and the rest of the media has been almost universally hostile to them. It seems almost certain that everyone involved will keep their jobs and the whole affair will blow over. With a recession on the way and coalition government resulting in political deadlock, however, the quiet stability of German politics is under threat and the public broadcasters may find the next scandal harder to deal with.

Share
Facebook
Twitter
WhatsApp
Email
Previous articleToday’s hot topic: What would we do without Attenborough?
Next articleMedia race obsession melts away when it’s white girls being raped 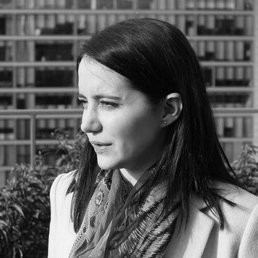