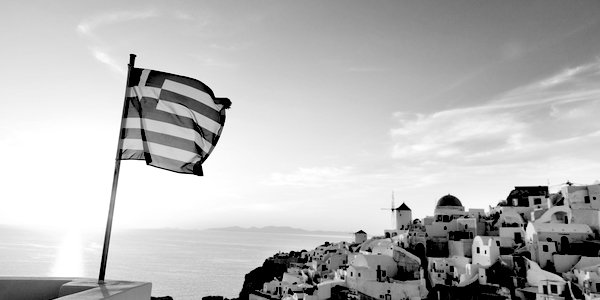 The death rate in Greece is accelerating as the country enters its eighth year of EU-imposed financial management. In a recent note to the Campaign for an Independent Britain, Leonidas Chrysanthopoulos, a former Greek ambassador and one time Director General of EU Affairs for the Greek government, highlighted this little-publicised consequence of the ‘intensive care’ imposed on Greece by Brussels.

The EU’s financial management medicine for Greece may be working in part but only at the expense of killing the patient – literally. Although the Greek economy grew for the fourth successive quarter between October and December the costs of that recovery have not been making the headlines.

As from January, the Greek government has felt it necessary to cease publishing monthly statistics of births and deaths. Chrysanthopoulos explains why:

Different statistical methodologies can generate different conclusions. In this case, however, the same conclusion is consistently reached – the death rate in Greece has been increasing sharply. It is being covered up to spare the blushes of the EU. Meanwhile, the Greek birthrate is in decline. According to World Population Review, hospitals have recorded 10 per cent fewer births in the past four years.

In the UK our so-called ‘austerity’ still involves an annual budget overspend of £18.2billion. That is not austerity as the Greeks have come to understand the term. EU medicine has dissolved much of the country’s health service, for example, especially for that impoverished fifth of the population who lack any health insurance. Recent economic growth, after years of recession, has done little to alleviate the savage impact of EU ‘help’, ‘support’ and ‘guidance’.

Poverty, hunger and want have not departed for most Greeks. Indeed, the rate of unemployment rose a full percentage point to 21.2 per cent in the last quarter as the pace of economic growth slowed.

According to Chrysanthopoulos, around five million Greeks now lack the funds to pay their taxes in full. Reductions in salaries and pensions, alongside increases in both direct and indirect taxes, have taken a severe toll. In response, the EU is pressurising the Athens government to step up the auctioning off of property belonging to those defaulting on mortgage repayments.

Chrysanthopoulos describes the EU’s policies as ‘actually murderous’. He reminds us that Oxfam, despite its appallingly abusive recent behaviour, is partly funded by the EU and that it was originally set up in 1942 by private individuals at a church in Oxford for the relief of famine in Nazi-occupied Greece. The present situation, he suggests, ‘is hardly less horrific. Yet we hear little or nothing of it on the BBC or national press’.

Too often Greece is condemned as a land of profligate tax-dodgers, responsible for its own demise. In contrast, Germany is portrayed as a model of financial restraint, good sense and propriety. This ‘good Germany/bad Greece’ perspective is used to explain why the EU’s intervention and support for Greece has been delivered with a gun to the country’s head. Whatever the cost, it seems, member states of the EU are obliged to fit in with what works for sane and sensible Germany.

This is unfair, wrong-headed and amoral. Greece may have gone astray through over-borrowing but it was not alone in so doing. If blame is to be apportioned it should fall as much on Berlin as on Athens. By December 2009, according to Bloomberg, Greece, Ireland, Italy, Portugal and Spain had together accumulated $704billion of debt to German banks:

‘In other words, they [Germany] lent more than they could afford . . . irresponsible borrowers can’t exist without irresponsible lenders. Germany’s banks were Greece’s enablers.’

According to Albrecht Ritschl, professor of economic history at the London School of Economics, Germany was the largest debt defaulter of the 20th century. In 2014 Ritschl accused the German government of hypocrisy for lecturing Greece on financial rectitude and pointed out that Germany’s post-war ‘economic miracle’ was tied to American financial support and eventual willingness to write off German debts accrued under the post-war Marshall Plan.

Ritschl’s views received backing from a number of other economists but did not prevail over the hard line of the Finance Minister at the time, Wolfgang Schaeuble. Rather than recognising reality and putting Greece into insolvency, Schaeuble insisted that Greece be made to pay its way out of debt via the austerity route.

The task facing Greece has an appropriately mythical parallel in the story of Sisyphus. The gods punished the erring king by requiring him to roll a great boulder up a hill only for it to roll back down every time he neared the summit.

The death rate in Greece is rising and the desperation of many Greeks is unending. In Brussels and Berlin, meanwhile, there is grim satisfaction that all is going according to plan.