Greens scent victory in campaign to kill off coal mine jobs 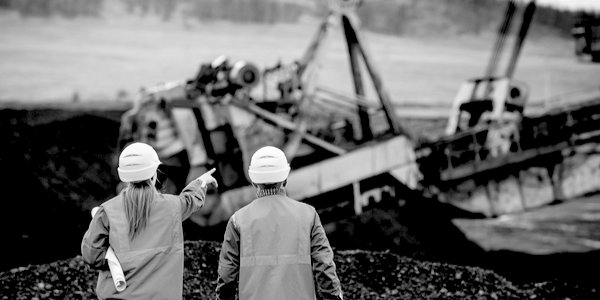 WE have been following the saga of the proposed Cumbria coal mine near Whitehaven which the BBC’s Roger Harrabin and his green cronies have been fighting hard to stop. Unfortunately it now seems likely that they will succeed in their efforts.

The Sun reports: ‘Robert Jenrick [Housing Secretary] has bowed to pressure in long-running row over a new coal mine in Cumbria – ordering a fresh inquiry into whether it can go ahead.

‘Cumbria County Council was due to review the decision to open the first new coal mine in Britain for decades, after approving it twice.

‘After an outcry from green campaigners, ministers have u-turned and it will now be subject to a local public inquiry.

‘An independent head of planning will make the final call on whether it can go ahead, taking the decision out of local chiefs’ hands.’

Naturally Harrabin and others will be delighted. The Sun again: ‘Labour’s shadow business secretary, Ed Miliband, welcomed the news. He said: “The truth is that this mine is terrible for our fight against climate change, won’t help our steel industry and won’t create secure jobs. The Government must now block the mine and focus instead on real solutions to secure the long-term future of UK steel – and create low-carbon jobs in Cumbria and across the country with a proper green stimulus.”

‘Nearby MP Tim Farron added: “It’s fantastic news that the Government have at long last finally woken up to the fact that this mine would be an almighty backwards step in our fight against climate change. In the year that Britain hosts COP26, it is blindingly obvious that we won’t be taken seriously on the world stage with this coal mine hanging round our neck. I hope this public inquiry leads to these plans finally being axed”.’

I just hope they can look at themselves in the mirror, because there are many who will suffer as a result of their actions. As the Whitehaven News has reported: ‘Almost a quarter of children in Copeland [the Whitehaven local authority area] are living in poverty, according to a shock report.

‘Figures from End Child Poverty show that after housing costs more than 3,000 children – 23.12 per cent – are living below the breadline.

‘And the Citizens’ Advice Bureau Copeland has revealed that some families face a stark choice between heating and lighting their homes, and feeding their children.’

The new mine, with many anti-pollution features, would have created 500 well-paid jobs, with maybe an extra 2,000 in the supply chain. Investment in infrastructure would almost certainly have followed. There are 12,000 unemployed in Cumbria, many in Copeland and the area around it. Many more are in low-paid jobs, and would have been desperately hoping for a job at the mine, or at least to benefit from the extra wealth brought into the area.

Now, thanks to Harrabin, Miliband, Farron and others, those hopes appear to be dashed. They should all be thoroughly ashamed of themselves.

This article first appeared in Not a Lot of People Know That on March 12, 2021, and is republished by kind permission.