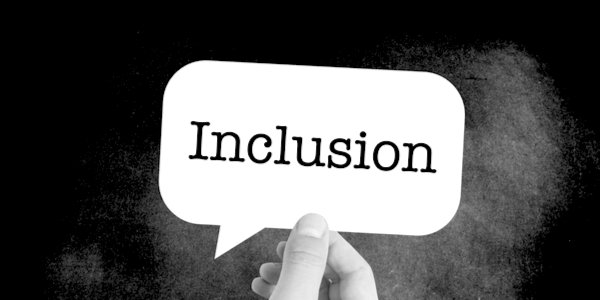 ‘Inclusion’ is the new buzzword of the progressive Left. It is the latest in a long line of words intended to programme the public into accepting the victim narratives of post-modern Marxism, while simultaneously disarming anyone who disagrees with the progressive agenda. It follows hard on the heels of the other ‘go to’ concepts of multiculturalism, tolerance, diversity and equality.

The idea of inclusion develops the language of the culture war a step further. Its leverage as a concept lies in its apparent rectitude or virtue: who would not want to be inclusive? If you consciously exclude someone, then you must be bad. You are thus rendered helpless to disagree with the progressive agenda at the cost of being named and shamed as a bad person. If you do not accept multiculturalism, then you’re a racist. If you do not tolerate and celebrate every demand of the LGBTQQIAAP* (Lesbian, Gay, Bisexual, Transgender, Queer, Questioning, Intersex, Asexual, Allies, Pansexual and *, meaning ‘the umbrella of queer’) collective, then you are homophobic and transphobic.

‘Inclusion’ means that you must actively include every group conferred with a protected characteristic by the Equalities Act 2010. Refusal, however valid the reason, can make you a racist, a homophobe, a misogynist, a disablist and an Islamophobe to boot.

What it means is that your liberty, or right, to choose not to include certain people goes by the board. In a free society there are some people one may wish to exclude, with very good reasons. An employer may well want to exclude someone he or she thinks is likely to spend most of the time whining about identity politics rather than doing a good job.

But despite all this noble-sounding virtue signalling from progressives, one group of people is actively excluded from the inclusive Utopia: anyone with a traditional or conservative viewpoint. Anyone, for example, who believes that marriage is between a man and a woman, or that there are only two genders determined by chromosomes, risks not just naming and shaming but being disciplined, fired or prevented from having a job where there is any contact with anyone else, as happened last year to volunteers at the National Trust who refused to wear LGBT badges (before the Trust was forced to climb down).

Now we read that primary schools have been told to ‘block’ parents who complain that they want their children to learn the true science of male and female sex, not the dangerous nonsense of genderqueer theory, soon likely to be forcibly served to primary schoolchildren.

It is one thing to be tolerant, but quite another to be made to affirm or celebrate ideologies and behaviours you do not agree with. To be ‘inclusive’, everyone must actively affirm the same post-modern Marxist ideologies which undermine the nation, the family, marriage and now even the concepts of male and female. This is what makes ‘inclusion’ so much more invidious than the previous tolerance and diversity demands.

Take the latest debacle of a (transgender) man sent to attend to a female patient who’d requested a female nurse for a cervical cancer test.

Despite this being the most personal of procedures, under the inclusion agenda a male nurse is actually a female nurse if he self-identifies as such, and anyone who disagrees becomes a transphobic bigot. In this case, the hospital backed down and apologised, but that they sent a male nurse in the first place suggests they’d either lost the plot, were afraid of being called bigoted themselves, or wanted to avoid being sued and dragged through the courts by the very powerful LGBTQQIAAP* lobby for being ‘non-inclusive’.

Even the military has fallen foul of this new dogma. The Army’s ‘Equality, Diversity and Inclusion Unit’ wants to ditch the slogan ‘Be the Best’ for being ‘non-inclusive’. But the whole point of the Army is that it is cannot be inclusive if its aim is to be the best – physically, mentally, technologically – to do its job effectively.

Most people were probably blissfully unaware that such an Equality, Diversity and Inclusion Unit existed in the Army, but the reality is that the inclusion industry is now big business across Government.

It’s the latest drumbeat of the Equalities and Human Rights Commission. With a budget of £20million per annum, the priority to justify inclusion has come as a godsend. A veritable army of Diversity and Inclusion Officers pervade the public sector. In every public body, from schools to hospitals to police forces, there is at least one Inclusion Officer, if not a whole team.

Tens if not hundreds of millions of pounds a year is thrown their way to enforce rules or regulations to counteract ‘non-inclusive speech’, all the while hastening the removal of conservatives from all areas of public life. And, without even realising it, taxpayers contribute to the demise of their own freedoms.

The private sector, too, is in the grip of the inclusion brigade. The pressure on businesses to comply with the inclusion agenda mounts. Almost inevitably this will lead to jobs being awarded, not on the basis of individual talent and skill, but of characteristics. At every level of every company there will have to be 50 per cent men and 50 per cent women, and simultaneously 2 per cent LGBTQQIAAP*, 14 per cent BAME, 6 per cent Muslim and 16 per cent disabled, in order to avoid allegations of institutional racism, misogyny, homophobia, transphobia, Islamophobia, racism or disablism.

Many government departments already state in their job advertisements that ‘women, BAME, LGBT and disabled people are particularly welcome to apply’, implying that able-bodied white heterosexual men are not. The tyranny of inclusion is that it forces compliance with the progressive – or more accurately the regressive – Left agenda, and excludes conservative and traditionalist thought and opinion under threat of unemployment or trumped-up charges of ‘hate speech’ or phobia.

The silent majority needs to wake up, demand an end to the false narrative of ‘inclusion’ and return to a meritocracy where freedom of speech is enshrined as a guiding principle. Only by abandoning this hideous creation of the Left can we be a society that is truly free and prosperous, and effortlessly includes everyone with every characteristic and every opinion.