Your guide to Speaking Asser Woman™ 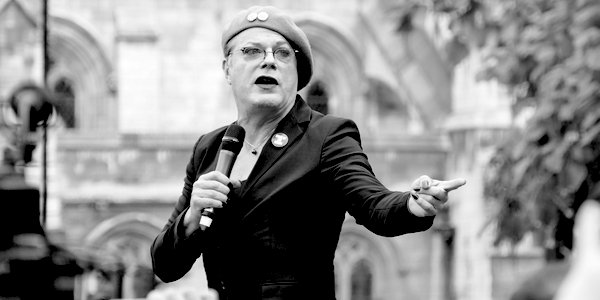 So named because that’s how she starts every sentence. The Speaking Asser Woman™ has The Gift. She can confidently articulate the opinions of every woman, no matter which tick-box they belong to in the three pages of social categories that comprise each survey of Britain’s diversity diaspora. Because all their opinions will dovetail, perfectly, with those of the Speaking Asser Woman™. Nobody knows why. Possibly it’s because the Global Media has enabled all the Feminine Rhythms of Speech to become harmonised.

With synchronised opinions, all womanhood can be represented fairly by a single Speaking Asser Woman™.

There is another theory, which is that the Speaking Asser Woman™ has no right to assume she speaks for anyone but herself. Especially since most Speaking Asser Women™ seem to be from The Guardian and make Princess Diana look like a commoner.

The Union of Speaking Asser Women™ has just elected a new president. For the first time, the chairperson comes from the XY chromosome community of women.

Eddie Izzard has opened her heart to the Daily Telegraph to talk about being the first man to be interviewed about what it’s like to be a Speaking Asser Woman™.

‘I remember this one time, a feature writer from the Daily Telegraph came to my office,’ says Izzard, ‘and she said “Do you mind if I make this article all about your gender, while pretending to be outraged that you are judged entirely by your gender?”’

It’s difficult to believe we’re having this conversation in the 21st century.

Izzard says most profile pieces about sexism will spend a good five paragraphs concentrating on the gender of the subject, framing all perceptions of the discussion about gender and the attached stereotypes. After which, it will be impossible not to be confined by the boundaries of perception that they placed on the conversation, when they grounded it entirely in considerations of gender.

In other news, the National Union of Farmers has just appointed a new president. And, for the first time in its 110-year history, the president is a Totem.

For many feature writers and cause celebrators, it marks the moment when we can forget about disease control, the rise of automated farming and the price of cattle feed, and concentrate on Fashion, Moral Grandstanding and social signalling.