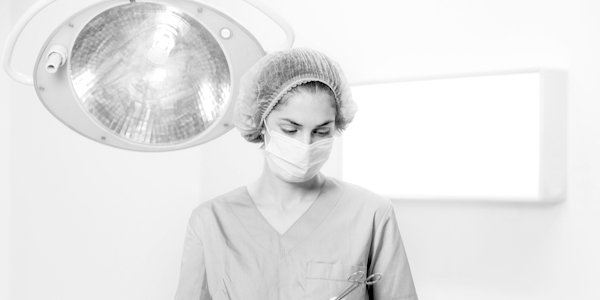 FOR over 20 years the late Roy Castle presented the BBC’s Record Breakers, the children’s programme which celebrated the Guinness Book of Records. Roy was himself a title holder, the world’s fastest tap-dancer closing every show by reminding viewers, in song, that to become a record breaker ‘Dedication’s what you need’. However, recent recognition of Jessica Anderson by what is now named Guinness World Records (GWR) owed less to her dedication and more to politically-correct indignation.

Now in her eighties and reportedly in poor health, even in her prime Babs would have struggled to wiggle 26 miles so attired. She certainly would have been unable to match the time of 03:08:54 recorded in 2015 by Sarah Dudgeon, although it should be noted that speedy Sarah completed the London course in running shoes rather than vertiginous heels.

Nonetheless, in 2015 Ms Dudgeon had set the world record for a nurse’s uniform by wearing the prescribed dress, apron and cap, albeit of the joke-shop variety rather a starched serge ensemble. In the latest London Marathon Jessica Anderson beat the record time by 32 seconds clad in the medical scrubs, including trousers, which are her everyday attire as a nurse at the Royal London Hospital.

On her JustGiving page, Jessica acknowledged beforehand that this get-up did not comply with GWR’s definition of a nurse’s uniform, therefore she could not have been surprised when GWR initially refused to recognise her record-breaking run. Predictably, GWR then found itself in the stocks of social media, castigated for being ‘outdated’ and ‘sexist’ and targeted by tweets tagged #WhatNursesWear, for example:

Nursing is not about whether we wear dresses, tunics or scrubs, not whether we wear white, blue or navy; it’s about delivering the best care for our patients and their families and I can absolutely promise you @GWR that a dress does not make you better at that! #WhatNursesWear pic.twitter.com/QhXq1qhm2t

Even England’s Chief Nursing Officer, Ruth May, could not desist:

⁦@GWR⁩ I’m in uniform with 2 #futurenurses we are dressed in uniform a bit like ⁦@Janderzzz⁩ who ran the London marathon… this is what RNs look like.. please reconsider your position pic.twitter.com/jIXVFx0PAA

Guinness World Records has until now awarded marathon titles to runners in all sorts of costumes: in 2015, when Sarah Dudgeon became the fastest woman in a nurse’s uniform, Neil Casey broke the record for the time by a man in a nurse’s dress; other record-breakers that year included participants in the categories of chef, superhero and leprechaun.

Hitherto, these and similar records clearly were light-hearted classifications of fancy dress. The competitions were not about authenticity of workwear – a fact which seemingly was beyond the comprehension of numerous nurses, including the Chief Nursing Officer of England.

These deranged complainants might themselves benefit from some nursing help, particularly the psychiatric variety. Nonetheless, GWR capitulated in record time:

Our guidelines for running a marathon in a nurse’s uniform were out of date and reflected a stereotype we do not wish to perpetuate. For that we apologise. We have now awarded Jessica Anderson the record for fastest marathon wearing a nurse’s uniform. https://t.co/okoyLhTFk2

The statement issued by Senior Vice-President, Samantha Fay, might itself qualify for entry into the Guinness World Records in the category Most Craven Communique. The extent of GWR’s chicken-heartedness is worth quoting at length:

‘Over the weekend it has become quite clear to Guinness World Records that our guidelines for the fastest marathon wearing a nurse’s uniform were outdated, incorrect and reflected a stereotype we do not in any way wish to perpetuate . . . I want to take this opportunity to reassure everybody concerned that Guinness World Records is absolutely committed to ensuring we uphold the highest standards of equality and inclusiveness. Therefore, we unreservedly apologise and accept full responsibility for the mishandling of Jessica Anderson’s application. Moreover, we have taken the decision to no longer allow fancy dress clothing for this category and will introduce guidelines which reflect the clothes worn by nurses in the UK and around the world . . . The review of this category is the first review of each one of our 200+ marathon titles we will be conducting as a priority, to ensure we do not allow any costumes which bring a profession or any other subject into disrepute. Any we discover will be either amended to reflect modern standards, or deactivated . . . we continue to strive to ensure we create, monitor and catalogue record-breaking feats which truly reflect the world we live in today.’

Wow. To repeat: ‘as a priority’, Guinness World Records will now ‘ensure we do not allow any costumes which bring a profession or any other subject into disrepute’. Even in the ultra-competitive field of corporate cowardice and capitulation, this mea culpa takes some beating.

The Guinness Book of Records was co-founded in 1954 by twins Norris and Ross McWhirter, the pair becoming unlikely TV stars in the early 1970s on Roy Castle’s Record Breakers. The brothers had earlier tried and failed to be elected as Conservative MPs and in 1975 were amongst the co-founders of the National Association for Freedom. Now known as The Freedom Association, it is self-described as ‘non-partisan, centre-right and libertarian’, although at the time of its formation there was nothing remotely centrist about the twins’ ‘trenchant support for the liberty of the individual’.

With Rodney Atkinson, brother of actor Rowan, in 1993 Norris McWhirter sought to have the then foreign secretary prosecuted for treason, contending that Douglas Hurd’s signing of the Maastricht Treaty ‘brought our Monarch under suzerainty of the European Union’. And lest we forget, in 1975 the Provos assassinated Ross McWhirter because he had offered a £50,000 reward for information leading to the conviction of IRA bombers. (In 1999, under the Good Friday Agreement, the Labour government released the murderers of Ross McWhirter.)

In 1975 a founder of the Guinness Book of Records knowingly risked – and lost – his life by standing up to the Provisional IRA. Four-and-a-half decades later, the Vice-President of Guinness World Records genuflects to testy tweets from narked nurses.

The organisation which registers record-breakers has become the weakest and meekest.