NewsPaperthe art of publishing
HomeNewsGutted in Grimsby – a Brexit opera
0

Gutted in Grimsby – a Brexit opera 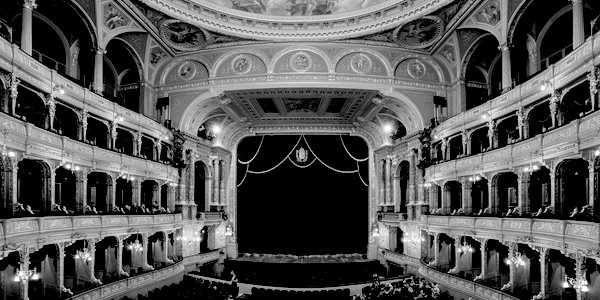 On a grey winter day in 1972, Air Force One touched down on Chinese soil. Although little tangible benefit came of President Nixon’s surprise visit to Chairman Mao and the impenetrable communist state, it was one of the most theatrical acts of diplomacy in modern history. And it was recognised in the opera ‘Nixon in China’ by John Adams. Perhaps Adams could put his pen to work on another imminent diplomatic sensation: ‘Trump in Pyongyang’. There will be plenty of material, as the bombastic president tries to bring ‘Rocket Man’ back from the brink.

Another major event deserving operatic portrayal is Brexit. Okay, someone has tried already. Dominic Robertson’s ‘The United Kingdom of Earth: a Brexit Opera’ premiered in London in July 2017, but this was a show on a shoestring, crowdfunded by people who think taking back control is the mentality of uneducated bigots. Smug, liberal condescension is apparent in the aims of the production: ‘to paint a picture of a completely isolated Britain, what lies therein, and what lurks beneath’; and ‘to poke fun at ourselves, our values, and our history’. Progressive satirists never seem to find anything funny about Messieurs Barnier, Juncker, Tusk and Verhofstadt, do they?

Are there any budding Gilberts or Sullivans to take up the challenge? We don’t want a rerun of ‘Iolanthe’, but there is much mirth to be made of the present lords and ladies in their determination to frustrate the will of the people. I’m no Puccini, but here is my rough scenario.

The scene is set in Grimsby, in a working men’s club. Three middle-aged men talk of the good old days when they plied their trade on the North Sea. The fishing quotas have strangled their livelihood, and now they reminisce over cheap beer. They fear that the government will sell out to the EU, and let the European supertrawlers continue their plunder. Momentarily the old friends are distracted by seeing their local MP on the television. Melanie Onn is making the case for criminalising the wolf-whistle.

The men guffaw, and go out to the doorway for a smoke. A reporter appears, notebook in hand. He wants to know what they think about immigrants. Gary, one of the three, bursts into song: –

’Ignore him, he’ll twist what you say.

Just give us our sea, and we’ll make hay’

A warehouse, built over a meadow in Cleethorpes. Copies of the local newspaper are stacked on a desk: ‘Jobs for the town’. A fork-lift driver stops by the office. A woman has got there first, and she is berating the supervisor, who is asking her to slow down. He cannot understand what she means. More workers appear; they shout at each other and gesticulate. It’s all in a strange language, as are notices on the wall. On the radio comes the news that a transitional deal has been struck between Britain and the EU: free movement will last for two more years.

In song the Romanian workers tell of the promised streets paved with gold. Now they live seven to a room in a damp hovel, with more in a hut in the back yard. A tin of soup is all they can afford after paying their extortionate rent. The boss holds their passports, and keeps them in hock.

Act III: The Deal is Done

A new MP has been elected, and she is appointed fisheries minister. She meets Gary and his friends beneath the dock tower, and they talk about lines drawn in the North Sea. A bonanza for local people, she promises, with new fish processing plants and boatyards. Grimsby will be in rude health. Cue her aria, ‘Toast our Coastal Waters’.

Seriously, could David Hare do any better? The vacuous virtues of inclusivity and tolerance are more important to most of our sanctimonious dramatists than British jobs for British workers. As I write, Labour MEPs in Brussels have rejected a proposal to protect British fishing territory from EU trawlers. This was the motion that English politicians, representing struggling northern regions, found unpalatable: –

‘The EU Parliament deplores the suggestion by the European Council that a future trade agreement with the UK must involve continued access for EU vessels to UK fishing waters. It calls on the EU-27 to respect international law with regard to the post-Brexit implementation of the UK’s full 200 nautical mile exclusive economic zone.’

Everything is laid on for the Brexit opera: the ordinary people’s quest for freedom and prosperity, the subterfuge and treachery of the powers-that-be, and a dark force on the horizon. C’mon, let’s have this at Covent Garden.