NewsPaperthe art of publishing
HomeCulture WarsHail Elizabeth the Second (second to none, that is)
82

Hail Elizabeth the Second (second to none, that is) 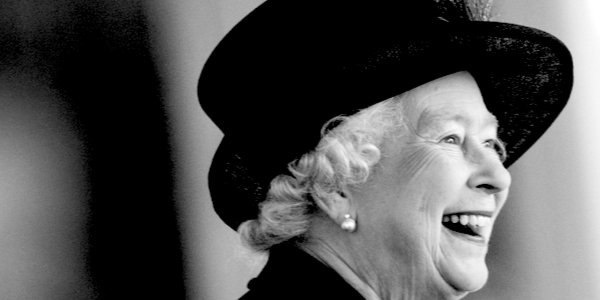 ON February 6, 1952, the sky over Leeds was yellow. From our schoolyard you could see Armley jail. It dominated the whole neighbourhood like a medieval castle.

At the end of morning playtime, the two whistles went as usual. The first meant: Stand still exactly where you are and the first boy caught talking gets the cane.

That exactly alwaysencouraged some nincompoops to contort themselves into postures previously discovered only at Pompeii. The second whistle meant: Come into your lines so that headmaster Mr Dorney can walk up and down and see who needs his hands scrubbing before the rest of morning lessons.

That morning Old Dorney never bothered to look at anyone’s hands. The engineering factory’s eleven o’clock hooter sounded as usual and then the headmaster, his breath visible in the cold air, told us all that the King had died at Sandringham, and we kept a two minutes’ silence. I swear no one breathed. The silence was broken by Old Dorney’s cracked voice piercing the fog: ‘God save the Queen!’

I cried without knowing why.

That evening, I was sent by my mother to Martin’s shop for a loaf and to the post office for three tuppenny stamps. It seemed so sad without the King.

I walked past the Catholic schoolyard and noticed the black crucifix over the whitewashed cricket stumps. That looked sad too. There was cheese on toast for tea. Afterwards, my dad sat doing his football pools, smoking his Capstan cigarettes with a chipped saucer for an ashtray. He looked at me and said: ‘There’s nothing to fret about, son. The King was only a figurehead.’

But a figurehead sounded like someone important to me. I felt a great loss – more than the loss of my penknife the week before.

On that far-off day, Elizabeth II succeeded her father George VI as monarch. And this Sunday, February 6, 2022, sees her Platinum Jubilee – a remarkable 70 years of service to her realm and her people.

Since the Puritans and the republicans of the 17th century Commonwealth, there have always been scoffers and busy mockers, those who despise our Monarchy.

There is a festering politics of envy which was begun by the Victorian writer Walter Bagehot and has been perpetrated upon the public ever since, right down to our trivialising newspapers and sections of the broadcast media.  (You know who I mean!)

And their envy is based on a colossal deceit. They regard the Queen as useless, as indeed Bagehot did – only he put it more politely in order to underscore his scorn. Bagehot claimed a certain importance for the monarchy, but it was only what he called the dignified aspect of the constitution.

As the essayist and poet C H Sisson commented: ‘So Trooping the Colour must be regarded as a leg show of guardsmen, the crown as a bauble, and the Coronation itself as something for the illustrated papers. The Queen was dignified in Bagehot’s phraseology – which meant she was not much good. She was for fools to goggle at.’

And this is precisely the deceit – the claim that the Queen is only a constitutional ornament to add a little colour and romance while the real business of government goes on in the counting house whose affairs are meticulously reported in Bagehot’s own publicity sheet, The Economist (which he edited from 1861 to 1877) and the BBC’s very own The World Tonight.

But Bagehot was lying, as those who follow his denunciations of the Monarchy today are lying. Of course, the Queen does not meddle in the policies of whatever cabinet of ministers she is obliged to rule over at any particular time.

When we salute or pray for Queen and country, we are saluting and praying for one and the same thing. The Queen embodies the nation that is beyond the latest round of trade figures, the fluctuations in the value of the pound and the possible comings or goings of particular Prime Ministers. The Queen is above the divisive factionalism of the squabbling political parties. And the laws of the land are the Queen’s laws, just as the language we speak is the Queen’s English.

Ah, but I have only been scratching the surface in this great matter. Let me try to dig a little deeper.

If you look into the Church of England’s Book of Common Prayer at the very first line of the order for the Coronation of Queen Elizabeth II on June 2, 1953, this is what it says: ‘In the morning upon the day of the Coronation early, care is to be taken that the Ampulla be filled with Oil for the anointing, and, together with the Spoon, be laid ready upon the Altar in the Abbey Church.’

So let us be clear: This is about sacral kingship. The Coronation rite refers back to the anointing of kings in the Old Testament, to Samuel, Saul and David; to when Zadok the priest and Nathan the prophet anointed Solomon King. And fittingly, Handel’s marvellous anthem by that name was sung that day in the Abbey. This is a holy event.

The Monarch enters a sort of tent where she is veiled from public view and the Archbishop of Canterbury says:  ‘Bless and sanctify thy chosen servant ELIZABETH.’

Then the Archbishop says: ‘Receive the Ring of kingly dignity and the seal of Catholic Faith.’

The historic English Settlement means that the Queen is Supreme Governor of both Church and State. She is obliged to declare herself a Christian Monarch and to promise to defend the Church of England.

This is why the suggestion that the next Monarch should be described as Defender of Faiths is mere moonshine and a sort of clowning. What – is he to defend so many faiths: Christianity, Islam, Hinduism? Where do we stop? Christian Science, Spiritualism, L. Ron Hubbard and the Church of Scientology?

The Monarch, in her person, stands for the reality of truth. And this truth is a particular truth – the truth of the Christian Creeds.

Over her long life, our gracious Queen has served; and will anyone say she has not suffered? This service and this suffering is not just personal, the service and suffering of one Elizabeth Windsor – though it is that too.

These are awesome and holy things. Or as Shakespeare put it in Troilus & Cressida: ‘There is a mystery in the soul of state which hath an operation more divine than our mere chroniclers dare meddle with.’

It is not a bunch of celebs who embody our nation. It is a role only the monarch can fulfil.

God save the Queen and scatter her enemies!