Half man, half turnip 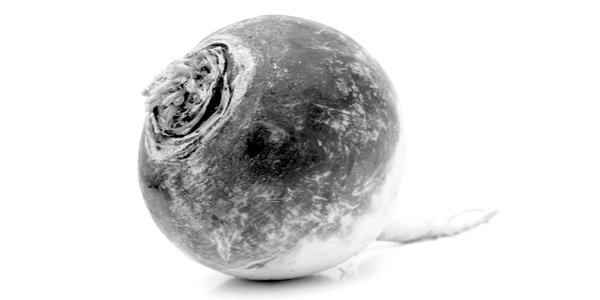 YOU have no doubt heard about the transgender and the burgeoning transracial identity movements; well, fasten your seatbelts for the incoming ‘transhuman’ agenda. Transhumanism is a movement where believers wish to disavow their humanity and become animals, vegetables or inanimate objects such as a sofa. One woman who several years ago recounted her story of identifying as a piece of furniture received almost 10million views on YouTube.

The BBC ran a frightening piece a couple of years ago about transhumanists wishing to merge with machines. In what was essentially a glowing advertisement extolling the virtues of this death cult, the piece adjudicated Homo sapiens as in ‘dire need of an improvement’ as with ‘what replaces us will be so much better’ so as to benefit from an ‘upgrade’ to version 2.0 due in large part to the damage we are causing the Earth and the inability to feed ourselves. According to the nauseating narrative, ‘the best we could hope for’ would be to use advanced technologies to reverse the ageing process to cheat death through such enhancements as would make us smarter and fitter, with the eventual end of uploading ourselves into the cloud to ‘live for ever’.

The BBC narrator gushed that ‘the future belongs to artificial intelligence; the only way for humanity to survive is to embrace it and become wholly or partially artificial ourselves’.

This all sounds very much like the Nazi plan to create a superhuman in Hitler’s bastardisation of the Ubermensch created by Nietzsche.

Indeed, the point has been made by transhumanists that it would be best to avoid drawing such parallels because Nietzsche’s perception of humans was too power-hungry. Modern transhumanists prefer to portray themselves in a softer light, as seeking the betterment of humanity and improving health and living conditions.

One such commentator in his TED talk mentions the medical uses of nanotech robots which can go inside human cells and regenerate them, effectively enabling someone to choose his or her own age. The little critters could also enter your brain and take control of it, putting you to sleep, waking you up and inserting various thoughts and images into your mind; along with molecular nano assemblers or ‘foglets’ which can apparently transform your visions into reality. A virtual dream world, paradise on earth or hell, depending on how you look at it.

Proponents of transhumanism in this BBC presentation seem to want to become cyborgs, achieving a ‘life without death’ through ‘mind-uploading’ into the stratosphere. No doubt the vast data farms crunching away at gigabytes in the cloud will be able to feed off their very humanity should they choose to tick that box on the click-wrap terms of business.

In the end a lot of people will fall for this ruse. Just like they did for Covid. It is likely the same set of fools who believe that a killer virus with a 99.97 per cent survival rate necessitates locking down entire populations and force-injecting them with an untested experimental substance that will fall for this transhumanism nonsense. They will actually swallow the lie that uploading themselves into the digital universe will enable them to achieve immortality.

Their idiocy way surpasses that of my superstitious great-aunt, who believed that sending an email or doing a video chat over the internet constituted a form of time travel. At least she was too smart to bother with all of that!