NewsPaperthe art of publishing
HomeNewsHalpern, the nudger-in-chief who sees us all as lab rats
43

Halpern, the nudger-in-chief who sees us all as lab rats 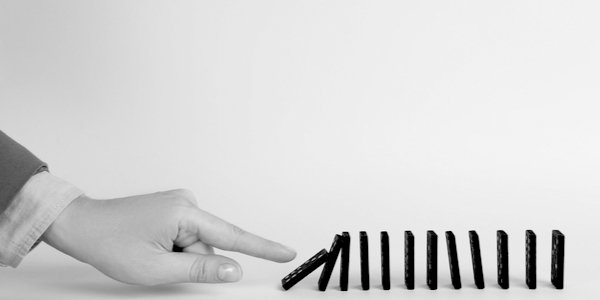 IT’S not just the depressing second anniversary of the first lockdown, but also that of the infamous paper from Sage sub-group SPI-B, Options for increasing adherence to social distancing measures (March 22 2020), which provided Government with the excuse to petrify and panic the public into total submission to a completely overhauled way of life – the new normal.

Professor David Halpern, SPI-B member and chief executive of the once part-government-owned Behavioural Insights Team (BIT, otherwise known as the Nudge Unit, which was acquired by Nesta in December 21 in a £15.4million deal) remains, like so many of his colleagues, totally unwilling to acknowledge that the immense psychological operation of lockdowns was in any way an unreasonable approach to pandemic management.

That ‘nudge theory’ constitutes any part of the way we are governed is an ethical minefield in its own right. A little social priming for the collective good through a new battery of psychological techniques or, in reality, as emeritus psychology professor Alan Kennedy asserts, a ‘mixture of the lies, misinformation, intimidation that has served tyrants for as long as history – which has no more a legitimate relationship with the discipline of psychology than physical torture has with the practice of surgery.’ Nudge theory or ‘social priming’ is fraudulent from the start, he explains in his recent article for TCW. No matter the supposedly benign intentions of the unelected cattle-prodders steering society’s behaviour, that it can is no more than a plausible fiction.

In a recent Covid-19-specific piece for the BIT website titled Behavioural Science or Bullshit?  Halpern briefly discusses what constituted both ‘good’ and ‘bad’ behavioural science as it related to the pandemic. As is the norm in the post-Covid world, he persistently refers to the general public merely as if lab-rats for his ongoing experimental work:

‘The only way to know whether our intervention designs were effective was to test them’ – a covert and coercive approach he also happily admitted to in a recent conversation with the Royal Society of Medicine, during which, on being asked what he felt his insights had brought to both Sage and SPI-B, he said: ‘I’m ultra-empiricist, and I feel like quite often when you hit these questions around Covid, the correct answer is to say the truth is we don’t know, and then if you can, you need to try and find out.’

Full-scale national lockdowns forming absolutely no part of the world’s pre-Covid era pandemic-planning (with the exception of Schwab and Gates, of course), it is abundantly clear exactly how Halpern tried to ‘find out’ – by holding hostage and scaring witless the easy prey of a nation of innocent, susceptible and deliberately ill-informed people, as remains the case with the vaccination rollout itself.

On the various psychological aspects behind the use of face coverings – for example, do they ‘nudge’ people into maintaining a two-metre distance from each other? – Halpern says offhandedly: ‘Cue another large-scale randomised control trial to test intervention ideas that were grounded in strong theory but as yet untried – this is what good behavioural science looks like.’ Really? Does he mean the nationwide non-randomised instruction (sorry – experiment) without any control groups or areas?

It would be interesting to know within which theory Halpern’s ideas on masks were/are grounded, as the original pre-Covid pandemic planning clearly stated: ‘Although there is a perception that the wearing of facemasks by the public in the community and household setting may be beneficial, there is in fact very little evidence of widespread benefit from their use in this setting.’ This is what bullshit looks like, Professor.

That the most obedient mask-wearing and most heavily vaccinated nations in the world are still not able to evade multiple waves of infection to this day does not appear to interest the professor: scientists, if you can call him one, are not known for caring about the lab-rats forced to navigate their injurious experiments.

I dare say that Halpern, the bulk of his work doubtless easily conducted at home online, had infrequently to subject himself to wearing a mask himself over the last two years, except perhaps when flying to one of BIT’s many offices around the world.

On self-isolation, Halpern says that: ‘Borrowing practices from countries that seem to be doing a good job is a good place to start, such as the care packs you’d be sent in South Korea when asked to isolate.’

Yet deaths in South Korea are reportedly the highest they’ve ever been. Maybe they’ve run out of care packs? Irrelevant to people such as Professor Halpern, who believe that as long as the behavioural science methodology behind the isolation of healthy people itself is sound, then all is well. The trouble is, as Alan Kennedy shows, it is far from sound.

Interesting, isn’t it, Professor, that the Government having been advised to ‘use the media to increase the sense of personal threat’, particularly ‘among those who are complacent’, ‘using hard-hitting emotional messaging’, ‘explaining the duty to protect others’, whilst promoting ‘social disapproval for failure to comply’, people didn’t want to venture out in search of medical assistance.

Even if they did dare run the gauntlet of the outside world, they would pass by such billboard slogans as ‘Act like you’ve got it’ and ‘If you go out, you can spread it. People will die’, prompting guilty ruminations as they queued outside the pharmacy or surgery in the cold. This is not the downside of ‘nudge’ theory, it is the consequence of fear.

Halpern’s answer? ‘We ran a large trial to test which images and messages were more effective at addressing this. We found the most effective content included the face of someone in pain, with an accompanying message to encourage them to seek treatment if they felt unwell. But, on the back of a focus group, a decision was taken to instead run with an image of a confident, smiling nurse.’

Tut tut, Professor, what a blunder. Of course more people would have sought out treatment if they were exposed to an image of pain rather than one of saintliness. Funny, but I don’t remember these beatific images having replaced those of people on ventilators, alongside the words: ‘Look her in the eyes, and tell her you never bend the rules’.

Curious which type of image haunts the memory more effectively, isn’t it?

What I would like to know above all else, Professor Halpern, is if you will take part in the upcoming Covid Inquiry and tell its chair, Baroness Hallett, something else that you wrote in your BIT blog post of March 15 2022 (albeit totally untrue) that: ‘Fear-based campaigns are generally NOT effective!’ For that, Professor, was exactly what you were doing.

You know, as do I, that such an admission wouldn’t make the slightest difference to future pandemic policy anyway, and that you’ll remain in steady employment regardless – after all, the Covid Inquiry is destined, as you might say, to be bullshit.

But you could nevertheless still score yourself some useful brownie points with the public – BIT and Nesta have a lot of work ahead of them if the UK is to realise its next equally duplicitous objective of Net Zero. That’d just be good behavioural science, wouldn’t it?

Share
Facebook
Twitter
WhatsApp
Email
Previous articleNotes from the Sticks: The taming of a hawthorn hedge
Next articleLesson of the pandemic – globalisation is bad for you