Halt this tragic Jewish schism before it’s too late

Last week Melanie Phillips wrote a thought-provoking article for the Jewish News Syndicate on the urgent need for Jewish leadership in face of both assimilation and the collapse of Judaism from within, which she describes as Jews turning against the Jewish people in their anxiety ‘to erase that uniqueness from their identity and sign up instead to the prevailing consensus’.

Her concerns resonated with two of TCW’s Jewish writers, Donna Rachel Edmunds and Karen Harradine, who both respond in these pages today. Here’s what Donna Rachel has to say …

IMAGINE you were asked to teach a group of Year 8 pupils about the Holocaust. How might you approach the lesson? Perhaps you would discuss the yellow badges, or you might discuss the long history of anti-Semitism that existed before the Nazis came to power, and how this was harnessed by the Nazis in their quest for world domination.

To make the human connection, you might teach the students about a girl named Anne Frank, who was only a year older than they are when she died of typhus in Bergen-Belsen concentration camp. Especially if you work for an organisation named the Anne Frank Trust.

In May, a group of students were given a class on the Holocaust by a representative from the Anne Frank Trust, but they learned none of the above. Instead, they produced posters detailing how, in the 1920s, Germany had a thriving club scene in which homosexuality was de rigueur, but when the Nazis came to power they forced members of the LGBT community to wear pink triangles before sending them to their deaths.

From the posters the children made, which were tweeted publicly, it appears that no mention was made of the Jews at all. An entire class of Year 8 pupils in a school in Liverpool may well have absolutely no idea that the Holocaust was first and foremost a systematic attempt to annihilate the Jewish people once and for all.

For the best part of a century, anti-Semites have had a problem. How to peddle their irrational hatred while the Holocaust burned so brightly in people’s memories? It has taken them less than a century to figure out an elegant solution to this thorny issue. They have simply recast the Holocaust as something that it never was.

Far from being a racial genocide, we are now told that the Holocaust was ‘not about race,’ as Whoopie Goldberg opined on The View talk show in the US in January. She explained: ‘It’s about man’s inhumanity to other man.’ When a co-host pointed out that it was about the Germans killing Jews, Goldberg countered: ‘But these are two white groups of people.’

See? No racism! No problem. And as it wasn’t about anti-Semitism, no mention need be made of the Jews when teaching about the Holocaust. Eight decades after being physically murdered by the Nazis, the Jewish victims of the Holocaust are being memory-holed by the progressives.

I wrote to the Community Security Trust – a British charity with a mandate to protect Jews from anti-Semitism – to report the school incident. Its initial response was to ignore me.

When I pressed, a representative replied: ‘We would be very reluctant to publicly condemn an organisation involved in Holocaust education.’

But the Anne Frank Trust isn’t engaged in Holocaust education. It styles itself an anti-prejudice organisation, proclaiming on the front page of its website that its mission is ‘empowering young people to challenge prejudice,’ and inviting teachers to book the organisation for a ‘range of anti-prejudice workshops’.

It has been said that anti-Semitism is an obsolete term. We already have a perfectly serviceable word for race-based hatred – racism. Why do Jews deserve their own special word? Why is anti-Semitism not racism?

The answer is bound up in Whoopie Goldberg’s ‘these are two groups of white people,’ and the Anne Frank Trust’s ‘the pink triangle they wore in the concentration camps symbolised that they were gay’.

The progressive religion holds that anti-prejudice is the highest form of good. Commenting on a hijab or on someone’s frizzy hair (even admiringly!) is a micro-aggression, damning evidence of a deeply-held racist beliefs. And yet, in the midst of this, writing Jews out of their own history is perfectly acceptable, even commendable.

When societies assure themselves of their own enlightened superiority, to the point of religious zeal, anti-Semitism – anti-Semitism specifically – flourishes.

Melanie Phillips has this week written about the threat anti-Semitism poses to diaspora Jews, and its causes. The state of affairs is particularly bad in America, where Jews have wholeheartedly embraced the progressive religion that seeks their destruction.

Drawing on a conversation with Rabbi Cary Kozberg, an American Reform rabbi who has split from Reform Judaism over its embrace of ‘woke’, Phillips suggests the problem has arisen in part because young Jews aren’t taught about the rich history and culture that Judaism carries, including the contributions Judaism made to Western thought, including the valuing of rationalism, compassion, and freedom.

‘Two things need to change if the Jewish people is properly to defend itself,’ she says. ‘Jews need to be taught better about their own people, culture and history. And there needs to be a more effective strategy to fight their enemies by getting off the defensive back foot and on to a pro-active and aggressive front foot,’ Phillips adds: ‘Precious little of this is done at present because the diaspora leadership is woefully inadequate: timid, servile and anxious to fit in.’

Oh, how familiar those words ring to British Conservatives! Who among us has not said the very same thing about British culture and the sorry state of our own ‘conservative’ leadership!

Phillips points to a ten-point action plan drawn up by the Jewish Leadership Project to combat this new wave of anti-Semitism head-on. The points include rethinking Holocaust education, educating the public on anti-Semitism, and restructuring Jewish education to teach young Jews about the joys of Judaism and their cultural inheritance.

These are all wonderful and sorely needed – as is the Jewish Leadership Project’s willingness to call out ostensibly Jewish organisations which are, in fact, little more than fronts for progressive activism.

But Jews are just a tiny segment of society. In the UK, there are just 200,000 Jews in a population topping 70million (including 3.4million Muslims). In America, they number around 7.5million, of a total population of 330million. Which is why I would add a third to Phillips’s two things that need to change if Jews are to be properly defended: White westerners need to understand that the Jews are merely the proverbial canary in the coalmine. If we fall, you will be next.

Young Jews certainly do need to be taught about their people, culture and history; Jewish leaders do need to get off the defensive, stop trying to fit in, and start to be proactive in defending their people – and I would add, Jewish people need to better hold their leaders to account.

But we are merely the front line. We need backup. Which is why conservatives must draw up their own ten-point plan to teach British youth about their people, history and culture, stop being polite, and hold their leaders fully to account. Before it’s too late for all of us. 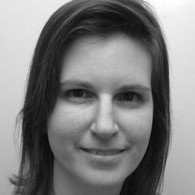