NewsPaperthe art of publishing
HomeNewsHans off our history, Charles
0

Hans off our history, Charles 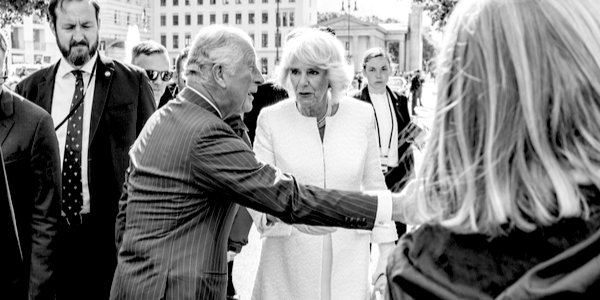 I WROTE last week in TCW about Prince Charles taking part in Germany’s remembrance ceremony for its war dead and how Clarence House ambiguously seemed to indicate that Germany had been ‘occupied’ by the Nazis.

Having said that, I saw nothing wrong with Charles and his wife Camilla attending the event in Berlin on Sunday. As a nation, Germany has long shown contrition for the suffering it inflicted on the world, especially between 1939 and 1945, and that spectre will surely never rise again.

I know many can neither forgive nor forget, but I think occasions such as Sunday’s serve a purpose, if only for their symbolism. However, I thought Charles was laying it on with a trowel in the speech he gave about our supposed affinity with Germany.

He spoke of the ‘enduring connections’ between the British and German people and the ‘fundamental bond’ between our countries. Well, that’ll be news to many of us.

A historic link with Germany is undoubtedly the case for Charles, given his descent from the Hanoverians and the house of Saxe-Coburg and Gotha. But I doubt very much that that’s how the rest of us feel.

Okay, the Germanic tribes of the Saxons may be intermingled in our tangled ancestral make-up, but that was a long time ago. For instance, the only ‘enduring connection’ my late father had with the German people was the shrapnel that remained embedded in his back for the rest of his life after he was blown up by a mortar bomb just after D-Day in 1944.

I know Britain and Germany – or, before 1871, Prussia – historically had generally good relations. But I think it’s safe to say that, with good reason, dislike and distrust of Germans became to a great extent ingrained in our national psyche from 1914 onwards.

Those feelings probably abated after 1945, but as Germany rose again into an economic superpower, our main emotions were probably envy, grudging admiration or indifference. Not a lot of fundamental bonding.

But Charles was having none of that. ‘The relationships we enjoy today are built on foundations dug deep in the bedrock of our common experience,’ he said. Common experience? Well, I suppose two world wars were what you might call a common experience, but not one we’d like to experience again, thank you.

Charles, as we know, is a well-meaning soul. And when you’re a guest, you’ve got to say nice things about your hosts. But perhaps a little more restraint and realism would have been in order.