NewsPaperthe art of publishing
HomeNewsHappy New Year? No, 2022 will just be 2021 with knobs on
144 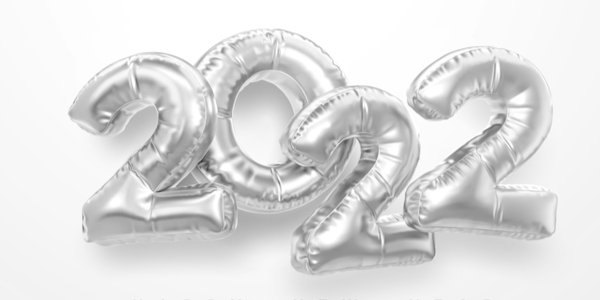 THE New Year seems to have carried on from where the old one finished, i.e. with the surprising to no one revelations that politicians and bureaucrats have hypocritical tendencies and that our PM is very political.

I suspect that the propaganda (sorry, news management) team in No10 and the Cabinet Office are delighted with this; Boris probably is as well – he’s good at brazenly blustering, which is all that’s needed. Most of all though, the government team will be delighted that the headlines aren’t worse, which they would be if Fleet Street’s finest got off their backsides.

Foreign affairs first; Russia is militarily threatening the Ukraine and Kazakhstan (in fact, it may have already invaded the latter). What can the UK do? Nothing. We do not have a deployable armoured force. We do have some fast jets, but the Russians are rather good at air defence – and they’ve been practising recently in Syria.

Sure, Ukraine isn’t in NATO and it’s not immediately clear that Kiev is worth the lives of many Tommy Atkinses. But right now we don’t have a capability, and Putin knows that. For those that really want to worry it’s all gone a bit quiet in Iran too – could they be busy making atomic bombs?

Domestically, as Rishi is beginning to point out, government spending is out of control. No doubt his desire to impose some fiscal discipline is tempered by the reality that Chancellors who contradict or constrain Prime Ministers soon find themselves on the back benches.

Meanwhile, inflation is rising, so interest rates are sure to follow. This will further impair government spending, might well cause recession and will certainly damage household budgets. This latter, of course, is what matters most to the politicians (but not the bureaucrats) as those households are where the voters live.

And those household budgets are already being trashed by the Government’s disastrous energy policies. By pursing reducing emissions without keeping an eye on energy supply, the Government has delivered a genuine energy crisis, brilliantly combining that with an increase in the proportion of fossil generation (as nuclear comes offline and the wind doesn’t blow) as well as soaring prices due to a lunatic pricing mechanism.  Remember, energy is in everything we do.  When the energy price rises, the cost of everything rises, leading to more inflation.

Meanwhile, the Government still spends on the (now) non-problem of Covid and the perennial problem of the unreformed NHS.  The UK is now a failing health service with a country attached. Education unions seem to now run the nation’s classrooms and, of course, Brexit has not yet been delivered.

About the only upside is that thanks to Drakeford in Wales and Sturgeon in Scotland, the devolved governments are destroying any argument for ‘independence’ – although of course that won’t stop them blathering about it.

The government machine, aka The Blob, is patently failing the public whom it exists to serve (and who pay for it). If Boris wants to be re-elected, he needs to reform it. Unfortunately, that is not in the interest of the Establishment; nor is there anyone in the Cabinet of the House of Commons capable of doing it.

Which I suspect means that this year will mostly consist of the Government demonstrating its inability to reform. Fortunately, there is now a party designed to do just that.