‘Happy pills’ are no panacea for despair

By Niall McCrae and Nathan Appasamy 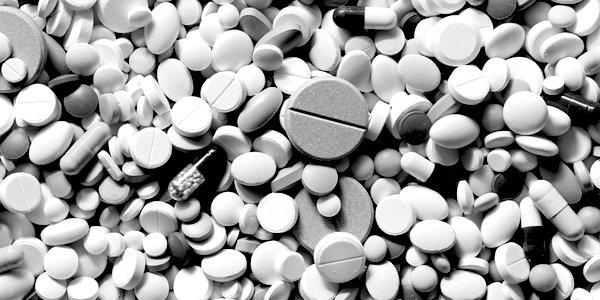 ‘I’m living proof that antidepressants work,’ declared Daily Telegraph columnist Bryony Gordon (February 24). Without irony, she then told readers that she’s been taking these pills for twenty years. We’re not invalidating this personal experience, but surely there is something amiss in her reasoning. Antidepressants are supposed to relieve depressive symptoms. They were never intended as maintenance medication, and even if that were so, how would Gordon know that her enduring remission is due to her daily chemical dose?

There are millions like Gordon, taking antidepressants throughout their adult lives. Many who try to come off the tablets suffer from withdrawal effects, including anxiety, stomach cramps and sometimes suicidal ideation. These symptoms occur not because the person has a sudden relapse into depression, but due to upsetting a neurochemical dependence. This is a major factor in the ever-increasing number of antidepressant prescriptions in Britain, now 65million per annum (doubling in less than ten years).

Bryony Gordon was encouraged by a highly publicised Oxford University study. Andrea Cipriani and colleagues claim to have produced conclusive evidence that antidepressants work, with 113 per cent superiority over placebo. This seems impressive, and suggests that all those critics with their contrary findings were wrong. The Royal College of Psychiatrists said that the study had ‘finally put to bed the controversy on antidepressants’.

Harvard psychologist Irving Kirsch, previously at the University of Hull, has devoted much of his career to scrutinising the evidence for antidepressant treatment. According to Kirsch, nothing new has emerged from Cipriani’s research except a message that has delighted the drug companies and the doctors who willingly distribute their product. There are two fundamental flaws with the Oxford study:

1. An arbitrary division of patients into responders and non-responders. As Kirsch explains, this method has been condemned by statisticians for producing biased results, often eliminating as much as a third of the data. The difference between groups may be a single point on a depression rating scale: a responder may be someone whose mood improved by 50 per cent, while a non-responder could score as high as 49 per cent. This is not a scientifically robust comparison.

2. Clinical significance. A statistical difference between drug and placebo has been found in most evaluations of antidepressants. Kirsch found an effect size of 0.32, but the National Institute for Health and Care Excellence (NICE) normally expects a treatment to attain 0.50. Despite the publicity, Cipriani and team found a difference of merely 0.30 – a spurious result that does not merit the publicity received.

Sadly, the media are easily fooled. As Clare Wilson wrote in the New Scientist, ‘almost every antidepressant headline you’ll read today is wrong’. It was left to newspapers’ letter pages on following days to issue a corrective. In the Daily Mail, psychologist John Read referred to his research showing the extent of adverse effects of antidepressants, with more than half of patients experiencing emotional numbing, and 39 per cent having suicidal feelings. In the Times, psychiatrist Joanna Moncrieff and colleagues from the Council for Evidence-Based Psychiatry criticised the Oxford study for being limited to the first eight weeks of treatment, when 50 per cent of patients take the drugs for more than two years. The study has done nothing to justify long-term use.

Antidepressants are a tremendous success for the pharmaceutical industry. In the 1950s it was discovered that neurotransmitters in the brain (eg dopamine) could be stimulated or suppressed by drugs. This led to some mental disorders being attributed to a biochemical fault. Depression became a brain disease, caused by deficiency in serotonin, a neurotransmitter that influences mood. In 1987 Prozac, the first of the selective serotonin reuptake inhibitors, was launched. So began the era of mass antidepressant therapy.

From the outset the rationale for such treatment – the serotonin hypothesis – was dubious. It is now largely discredited, with little correlation between depression and serotonin levels in the brain, or between drug action and serotonin. That’s not to say that antidepressants have no benefit. As psychiatrist David Healy explains, they alleviate physical symptoms of acute depression, but are not really antidepressive. Their advantage over placebo is modest, but such evidence is riddled with bias, with unrepresentative samples (volunteers are more likely to believe that drugs work), elimination of placebo responders, unblinding due to side effects, and selective reporting (studies finding no effect tend not to be published).

Every year the number of prescriptions of antidepressants rises. According to NHS data, this dependence currently costs £780,000 per day. Overestimated and overprescribed, they have become a societal crutch, and it is troubling that the media lapped up a recommendation that at least a million more people should be taking these tablets. Lacking in resilience, our culture is supine to an aggrandising alliance of Big Pharma and psychiatry: the former for commercial interests, the latter disciplining imprecise phenomena into a power base of quasi-neurological hubris. Public faith in medicine is so strong that patients tend to accept whatever treatment is prescribed and blame themselves if this doesn’t work. Dishing out tablets will always be easier than providing meaningful therapies, but it promulgates the belief that the widespread problem of depression can be resolved by biomedical intervention. Meanwhile, psychological distress and social angst fester.