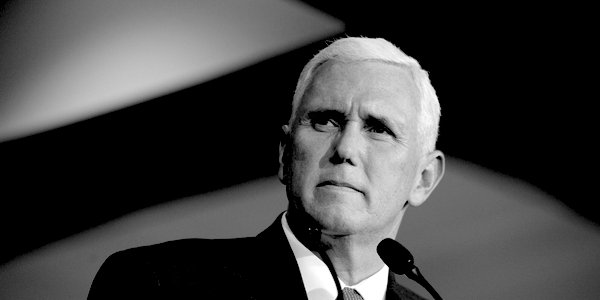 COMPARED with the shoutfest between Donald Trump and Joe Biden at the first presidential debate, Wednesday night’s meeting between their vice presidential nominees could have been held over Earl Grey and cucumber sandwiches at the vicarage.

The contestants were Biden’s running mate Kamala Harris and sitting Vice President Mike Pence. No voices were raised, no new information was produced to help voters make up their minds and no damage was done. Both were polite and played a defensive game; neither said anything of substance

The job of the vice presidential candidates at their debate is to demonstrate their fitness to take over from the boss should he or she be hit by a No 11 bus or whatever it is they have in Washington.

Did they help themselves and their leaders? The verdict on Harris was maybe, depending on party allegiance. She had command of the familiar anti-Trump, Democratic party and media talking points and laid them out by rote. She was relaxed, pleasant and said nothing to embarrass Biden.

Pence had less to prove and also remained in his comfort zone. He’s a known quantity who inpires Republican confidence after four years in the job. Never Trumpers hoped he might move to the top of the ticket had Trump’s Covid attack proved incapacitating.

In fact, in view of Trump’s apparent swift recovery from his weekend Covid scare, the vice presidential face-off lacked most of its pre-billed drama.

Susan Page, a USA Today newspaper columnist, moderated the 90-minute debate evenly and earnestly. She shouldn’t be the victim of a post-mortem feeding frenzy about pro-Democratic bias as Fox’s Chris Wallace was after the presidential debate. Some may have been disappointed that she allowed both contenders smoothly to avoid answers to any her questions and she didn’t press for any.

The pressure to prove herself was on Harris, who is 55 and of Jamaican and Indian parentage, not only because she’s a newcomer to national politics after only two years in the senate but because there are persistent doubts whether 78-year-old Biden can last a four-year term. Her status is larger than that of most presidents-in-waiting.

A professional prosecutor by trade – she was previously attorney general of her home state of California – Harris ran for the Democratic nomination but flopped. She didn’t project charisma but neither did Pence, who couldn’t be more different from the flamboyant Trump.

Harris’s position was tricky. Her leadership qualities were clearly at stake in that she needed to show she was capable of stepping into into Biden’s shoes instantly if the need arise. At the same time, she had a diplomatic interest in not outshining him which she managed not to do.

When Page asked her directly about Biden’s fitness for the presidency at 78, she went off into a long digression about something else, thereby proving she has at least one professional politician’s essential skill off pat.

Harris opened with an attack on the Trump administration’s alleged dishonesty in hiding the lethality of the coronavirus and its incompetence in dealing with it which had needlessly cost American lives and jobs. She herself wouldn’t accept a Trump vaccine but would take one developed by proper scientists. The implication seemed to be that Trump was working on a vaccine of his own in the White House lab.

She accused Trump of being an isolationist and of alienating America’s friends everywhere, of mishandling China and Iran and of provoking a needless Iranian attack on US forces by his killing of Tehran’s terror chief, General Suleimani. It sounded like a good student’s repetition of what her prep team had worked out.

Pence was equally bland, defending the administration’s Covid record and its foreign policy successes. Asked whether Trump would hand over peacefully if he lost, he wandered off to some other place then appeared to suddenly remember, before his time was up, Hillary Clinton’s advice to Biden not to concede defeat under any circumstances.

He went after Biden about his confusion over whether the budget-busting Green New Deal – promoted by freshman, leftist congresswoman Alexandria Ocasia-Cortes – was Democratic party policy. Biden said it wasn’t at his debate but Pence said it was still on the party’s official website.

This was a very different format from the presidential debate, which became a shouting match, but it still didn’t seem the right one. Susan Page tried to impose limits on the time each candidate had to speak about her questions and seemed to be constantly interrupting them in mid-flow when they overran. She didn’t interject her own opinions as Wallace was accused of doing but the process seemed jerky.

Since neither of them was saying very much, perhaps it didn’t matter in the absence of a ‘gotcha’ moment that might have changed the course of the election on November 3.

Page wound up with a question sent in by a ninth grader who wondered why politicians were always fighting each other instead of getting on with the job. It seemed an apt way of saying these debates amounted to politics for 13-year-olds who are none the wiser at the end of them.