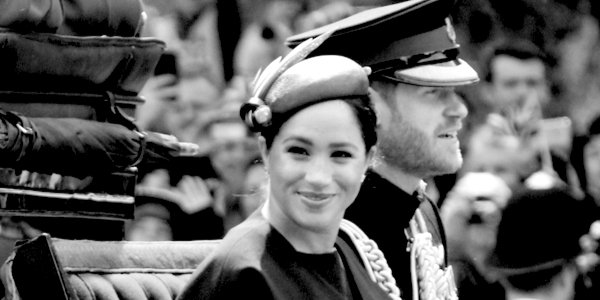 FROM the moment Harry and Meghan got the Megxit ball rolling, one thing has driven them above all else: having their own way.

So strong is their hunger for having the last word that they’ve become serial contradictors of every sermonising statement they have put out since they turned their backs on the UK, down to this lecture on the importance of empathy and kindness issued at the outbreak of Covid-19. Hypocrisy is not too strong a word.

What should have been a formality – a statement from Buckingham Palace marking the end of the agreed review period, confirming that in stepping away from the work of the royal family ‘it is not possible to continue with the responsibilities and duties that come with a life of public service’, and that their honorary military appointments and patronages will be redistributed to working members of the royal family – the pair decided to turn into a duel. So much for ‘kindness and empathy’, their response was the most churlish, pompous and manipulative yet:

‘As evidenced by their work over the past year, the Duke and Duchess of Sussex remain committed to their duty and service to the UK and around the world, and have offered their continued support to the organisations they have represented regardless of official role,’ adding the final barb: ‘We can all live a life of service. Service is universal.’

They did not need to respond at all, but what they did say made it clear that it was never about duty for them – only their entitlement. Yes, they love the titles and patronages, but not what these really represent. The attachment is skin deep. How could Prince Harry profess profound attachment to his military titles when his greatest commitment to the roles has been to cash them in at the Bank of Netflix? And what do these historic titles mean amid the palm trees of California where chat shows make Harry and Meghan stars for speaking not about responsibility and tradition but for trashing the very institution that gave them prominence?

Their drive has been unstoppable. Almost a year on from the announcement that blindsided the Royal Family, that they’d be stepping back from royal duties and working to become financially independent, the couple’s rancour has not died down, nor has their desire for publicity. Only on their terms, of course. Last week we moved to the final act, we hope, of the couple’s victimhood drama, with a schmaltzy barefoot, staged pregnancy announcement swiftly followed by the news of a tell-all interview with Oprah Winfrey.

On both occasions, the royal family heard, just like the rest of us, via social media – a grossly disrespectful act. The latter would have come as a paralysing blow to the Palace: who needs reminding of the deep damage caused by the last royal telly confessional?

When the Palace put out their necessary statement removing the pair’s patronages, the Sussex PR team rushed out their ungracious riposte at 4am in California, never minding that the 95-year-old Queen was dealing with her 99-year-old husband’s hospitalisation. In another demonstration of disrespect, it was revealed over the weekend the Oprah interview was a pipeline plan: it had been filmed just after the announcement and hence before the Palace had even fully digested the news.

In short, at every turn Prince Harry, egged on by Meghan, has tried to trip up his grandmother and undermine the monarchy.

So far, the Queen has refused to strip the couple of their HRH titles. Harry’s is his birthright as the son of the Prince of Wales, Meghan’s was bestowed upon her marriage. The time has come to turn the final page of this saga.

If Harry and Meghan’s determination to outsmart, win and prove points has blinded them, the Queen still holds the last card. The couple never wanted privacy – they wanted to be more famous. They wanted their own stage, their own lights, they wanted to control their own media. So be it: it’s high time their names reflected the non-royal life they have chosen.

For a couple who want nothing more to do with the Royal Family, and who wanted so desperately to succeed at trading in every facet of their old life for the new, they may find they get more than they bargained for. The Palace must now accept that no amount of compassion has worked in reining in Harry’s petulant craving to be different, nor in rescuing him from Meghan’s mischief.

Desperately sad though it is, given Queen’s unwavering wish to protect Harry and William in the wake of Princess Diana’s death, shielding them at Balmoral away from the media glare and earning her a bad press that took years to undo, it lies with her to put an end to this charade and strip them of their titles.

Mr and Mrs really will suit them just fine. Game, set and match to the Queen.