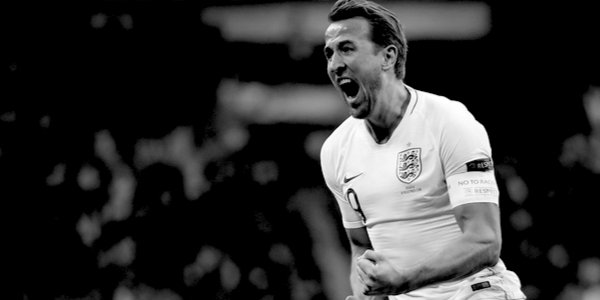 For 50 years I have served as an Anglican priest and, over that half-century, I have watched as the Church of England has very slowly gone barmy.

To be fair to myself, I have not been entirely passive, skulking in the back pews with an Agatha Christie novel concealed behind a copy of Hymns Ancient & Modern (Revised).

For all that half-century I have fought a rearguard action against the tide of modernisation, secularisation and infantilisation which has constituted the agenda of the Established Church.

When the Bishops and the Synod discarded the Church’s two priceless assets, the most beautiful books ever written in the English language, The King James Bible and The Book of Common Prayer and replaced them with unreadable and unprayable new versions of their own devising, I was prominent and active in the resistance in The Prayer Book Society.

When the ecclesiastical authorities attempted to change what was once the Tory Party at prayer into first the Lib Dems at the sherry party and finally the socialist party well past the barricades, I wrote thousands of critical articles in our national newspapers – even in the Guardian before that once fine, intelligent organ committed suicide in its own fastidiously woke style.

I have published a score of books expounding and defending traditional Christian theology against the Bishops and the chattering modern theologians whose declared aims were to demythologise the gospels and secularise the articles of faith.

Best of all, I have used exclusively the KJV and the BCP in all the parishes where I have held office – in town, country and latterly in the City of London.

I have watched as congregations decline in inverse proportion to the multiplication of bishops, and then the catastrophic reduction in the number of parish priests alongside the everlasting expansion of the ecclesiastical bureaucracy.

What has finally driven me to the point where I rend my surplice and sell my cassock to the jumble sale is a news announcement – in Church Times, no less – of such hysterical fatuousness that you would mistake it for a satire by Jonathan Swift or a spoof by Peter Simple. Here it is …

The Rt Reverend Libby Lane, Bishop of Derby, has described sport as a way in which the Church of England can ‘spread the Kingdom of God and the gospel.’ This lady luxuriates in the new title Designated Bishop for Sport, and she has set out her game plan as God’s own centre forward. Actually, now I think about it, more like outside left.

She says: ‘I come as a fan, not as an elite participant – but sport enables women to find identity and purpose and companionship, and to grow in confidence. That’s really important, both in the UK and across the world.’

So let her continue to speak, albeit not exactly eloquently, for herself: ‘The numbers of people participating in sport that the Church currently has a poor record of engaging with is significant.

‘Between 35 and 40 per cent of black, Asian and minority-ethnic (BAM) communities, 55 per cent of 15 to 25-year-olds, 1.6million people with disabilities, and nearly 90 per cent of children under the age of 16 play sport regularly. Those are demographics that we’re not doing very well at making contact with. This may be an avenue whereby the Church can do so, and that is a good thing.’

Have you got that? Very well then, she’s started so let her finish: ‘Within that, we may be able to offer provision for people which serves their flourishing and wellbeing, as well as the common good.

‘That is what the Kingdom of God is about. So, sport may be a way of growing the Kingdom of God for the Church. It may also be a way of building relationships with those people which means there are opportunities to share the gospel. However, although that may be an outcome, it needn’t be, the only motivator for being involved in sport for churches or diocesan projects.’

She also said that engagement with sport should benefit not just the Church, but be of good for the whole of society.

‘I think that sport is a huge part of who we are as a nation. It shapes our culture, our identity, our cohesion, our wellbeing, our sense of self, and our sense of place in society. If we are concerned about the whole of human life, then for the church to have a voice in that is vital.’

Bishop Libby emphasised ‘the long and honourable history’ of Christian engagement with sport. Commenting on the athletes themselves, she said: ‘It’s a sign of the wonder and glory of God that our bodies can do such extraordinary things.’

I was going to spice up this article with a few jokes featuring Ronnie O’Sullivan as our guest preacher and Roger Federer going round with the collecting plate. But I decided not to bother.

In the face of this, the latest announcement from the C of E (RIP), satire has become impossible.