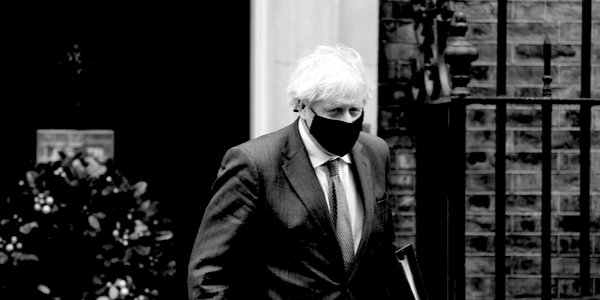 TODAY you always hear that the youth are obsessed with the inane and vacuous. TikTok ravages their minds, telling them that they can gain fame and riches by doing nothing more than a silly dance or a make-up tutorial. Toxic levels of mindless television programming have rotted the cerebral cortex of the nation’s most impressionable, leaving us in a stew of unambition and fantasy.

Perhaps we are being unfair to ‘da kids’. It might just be that they are aping the adults around them. Many of these now have only the most fleeting grasp of reality and, likewise, exist in a world of make-believe, and in which the difficult-but-necessary is shunned for short, sharp hits of virtue-signal flavoured dopamine.

For proof look no further than those purporting to be in charge of the nation. These strange beasts inhabit a universe where word and deed are utterly unrelated, and where the relationship between cause and effect is never taken heed of.

It can, at times, feel a bit end-of-the-Roman-Empire. We are governed by an increasingly peculiar caste of misfits and weirdos (naturally I name no names) who, in a properly functioning society, would either find meaningful work in the lower echelons of a regional insurance broker, or would be cared for in a dedicated institution.

It is not just the nation’s children who roleplay on TikTok. Witness, with horror and rising nausea, the cringe-inducing spectacle of politicians roleplaying as their favourite statesman of yesteryear. Variously we have been subjected to Liz Truss pantomiming as Margaret Thatcher, and most lately Al Johnson desperately invoking warlike passions like some knock-off Churchill.

It seems that in the minds of such characters, the need to do is completely overshadowed by the need to appear. Endless pronouncements are made depending on whichever disastrous policy failing currently occupies the gnat-like attention of the government’s masters in the media. Taxes won’t rise (but of course they do), illegal immigration will be stopped (quite the opposite) and the rising tide of woke crap will be resisted (so long as nobody asks a minister the definition of a ‘woman’).

We have, it seems, fully disconnected from reality. We inhabit a virtual-reality world like one giant social media platform. When we say ‘I Support The Current Thing’ online, we get our hit of pleasant hormones and carry on our way. Extend that logic to government – ‘net zero emissions by 2050’ – and suddenly you have civilisational-ending idiocies inhabiting the lacklustre mind of the body politick.

This virus of irreality has now fully taken over the host of formerly strong, self-respecting Western societies, where today ladies have schlongs and chaps are ladies, and energy grids can run off feel-good emotions alone. It goes further. Absorbed solely in the ludicrous debates of today (‘Minister, can a woman have a penis?’) we have failed to notice that the rest of the world has maintained that very old-fashioned notion of ‘reality’.

As we press ahead inventing new genders by the week, Chinese industrial espionage and technological know-how leaps ahead. As we pour money we don’t have into the creaking behemoth of social welfare, the Russians balance their books and buy tons of gold. The rest of the world looks on with bemusement at the West, which is forever keen on blowing people to smithereens in the hope of imposing ‘liberal democracy’ on the unsuspecting goatherds of Kandahar, but which simultaneously expends untold energy on discrediting its own history and achievements.

Our neglect of reality and pursuit of the disastrous has come back to bite us. We are in the process of realising that actions, ultimately, have consequences. After Putin’s invasion we demand that the rest of the world follow our lead against Russia. We ramp up the stakes, pushing us ever closer to the verge of catastrophe. Our leaders play with fire after decades of hollowing out our societies and economies, rendering them more vulnerable to exogenous shocks than ever before. When they should be suing for peace, they bang the drums of war ever louder, embroiling us in a war that is not ours, and which we are in no position to fight.

But to a generation where actions and consequences have little connection, it makes no difference. We still expect that the rest of the world will follow suit (assuming our civilisational clout, built up over centuries, has not already been largely exhausted). Somehow we are convinced that others will want to follow the lead of a civilisational bloc obsessed with defecating on its past and which is led by a confused, tragicomic old man, and which will utilise its economic power to punish those who fail to fall into line.

The West’s day in the sun is gone. Look at a map of the world and see which countries are sanctioning Russia; they, almost to a nation, hate themselves. Most have spent the last thirty years shipping their economy overseas and importing societal division. The dream of the Anglo-Saxon world had a damned good run but its good work fell into the hands of reckless ideologues, spouting their Davos drivel and World Economic Forum toxins. Their useful idiots are firmly ensconced in positions of power.

This is not to say that it is over. Far from it. But what a hill there is to climb. One can only hope that as the tidal wave of reality comes crashing over the heads of the mollycoddled and indifferent denizens of the Western world, we will rediscover that spirit which forged so many of humanity’s greatest achievements. Hard times make strong men, or so they say. God knows we need them now.