NewsPaperthe art of publishing
HomeLaura PerrinsHe had a dream, and it inspired us all
37

He had a dream, and it inspired us all 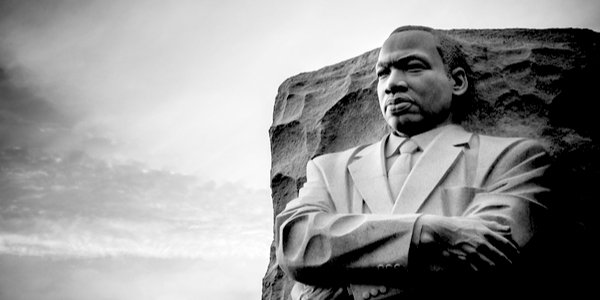 Martin Luther King Jr was assassinated fifty years ago this month, on April 4, 1968. To mark his life and death we ask you to watch in full his most famous and inspirational speech, known as ‘I Have a Dream’.

It was given nearly five years earlier, on August 28, 1963, before a crowd of some 250,000 at the March on Washington. It still sends a tingle down the spine.

In it, King invokes the Emancipation Proclamation signed by President Abraham Lincoln during the American Civil War. King appeals to the very best of America, citing the Declaration of Independence that all men are created equal.

Unlike today’s identity politics obsessives, King spoke of his hope that ‘my four little children will one day live in a nation where they will not be judged by the color of their skin but by the content of their character’ and of his desire to ‘transform the jangling discords of our nation into a beautiful symphony of brotherhood’.

The speech is heavy with Biblical references: not surprising from a Baptist Minister and president of the Southern Christian Leadership Conference (SLCC).

The speech concludes with a vision of unity, not of division with a focus on differences as we have today: