NewsPaperthe art of publishing
HomeNewsMrs May - should she stay or should she go? You vote!
0 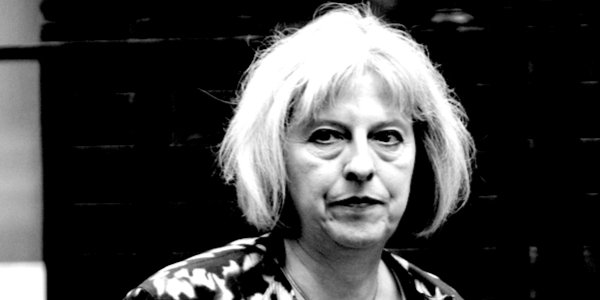 Mrs May’s Brexit strategy is in worse disarray than ever. Back in February James Forsyth wrote in the Spectator that she must lead or go. Re-reading the article now, it’s extraordinary – his opening paragraph could have been written last week. There has been all but no progress on any of the issues and she – the problem – is still here.

Andrew Lilico is just one commentator who says that the chaos her departure risks is worth it. May, he writes, ‘should have been removed last December after the Phase 1 deal, and replaced by someone who believes in Brexit’. Now she must go, he says.

In the six months since Phase 1, her strategy, if you can even dignify it with that term, has gone from bad to ludicrous. Last week senior civil servants in a department that was supposed to be preparing for a possible return to WTO rules leaked a Doomsday Brexit warning of Project Fear proportions about will happen in the absence of the preparations that they have been meant to be making.

You really couldn’t make it up. It is bad enough having the Remain camp in cahoots with the EU undermining our negotiations, as John Longworth claims here, without having a Prime Minister who lets Remainer civil servants run rings round her. Unless, of course, that is part of her Brexit-without-Brexit plan. Just imagine how negotiations might have gone if Britain had announced on day one that we were returning to WTO and that £300million had already been allocated to finance the 5,000 extra customs officials needed.

Assuming the government gets through ‘Super Tuesday’ on June 12 and is not defeated on the critical votes in the European Union Withdrawal Bill, they still have to face what no doubt will prove to be more humiliation at the EU summit coming up at the end of the month. This was billed as a deadline for the UK to produce answers on what have been allowed to become ‘the two most pressing Brexit questions’: Britain’s customs relationship with the EU and the Northern Ireland ‘backstop’. They haven’t. The White Paper has been postponed till afterwards. More procrastination. What a surprise.

This could have been predicted from the moment Mrs May refused to call the Irish Prime Minister’s bluff on the trumped-up border question.

As as well the Brexit department wasting ever more time on ever more convoluted ‘border solutions’, the so-called Brexiteer ministers have allowed themselves to be diverted by Mrs May into labouring in vain over the relative virtues of a so-called ‘customs partnership’ model over ‘maximum facilitation’, neither of which was going to be acceptable to the EU anyway.

So what exactly is the benefit of such prevarication and procrastination, do they think? Unless they are already resigned to a Brexit in name only.

It is less than 300 days until we leave the EU on March 29 next year. In January 2019, EU and British parliaments must ratify the withdrawal treaty. All the details need to be in place a couple of months before that. So we are heading fast towards a short period in October when Parliament will have to decide all the details of what kind of Brexit we are pursuing.

This is going to be a dramatic and unsettling period. Can so much be decided in one rush just a few months before Exit Day? No.

Mrs May must know this, and that the chances of her gaining any real control or authority over the process are now sub-zero. So shouldn’t she be honest and resign now?

There are risks, of course, which is why she has not yet been removed – why the 48 votes required for a vote of no confidence in her have not yet been forthcoming. These are:

Permanently dividing and damaging the Conservative Party, given the Tories’ incapability of uniting behind anyone, let alone a hard Brexit leader;

No one any better emerging to clear up the mess, leading to continuing or even worse chaos;

The election that her departure would lead to – and a Corbyn victory.

If neither her party in Parliament nor her Cabinet will take the risk, Mrs May must do it herself. She knows her heart isn’t in it. It would be her first courageous act.

What do you think? Should she resign or stay? Are we better off with or without her? Tell us what you think (comments below) and cast your vote here. (EDIT: Survey has now closed)

Share
Facebook
Twitter
WhatsApp
Email
Previous articleMen, if that term is still allowed, had better be quiet, behave and do as they’re told
Next articleThe Big Brexit Lie