NewsPaperthe art of publishing
HomeCulture WarsRacist? You’re not my type
81

Racist? You’re not my type 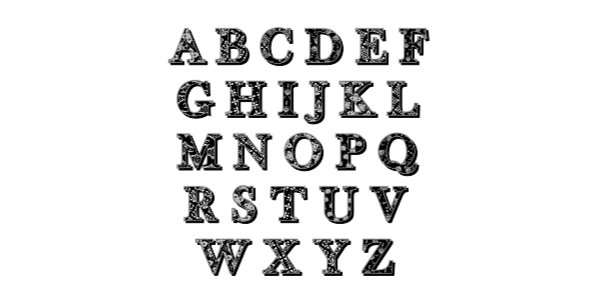 AS we know, these days almost everything and everyone is in the frame when it comes to accusations of ethnic bias. But it’s still a surprise to see a typeface branded racist.

Critics attacked him for decorating his shirts, hoodies and tank tops with a ‘Gothic-style’ font alleged to be reminiscent of that used in Nazi Germany. To complicate matters, the collection is called White Boy Summer.

Hanks Jr was quick to counter any intention of racism and launched another clothing selection called Black Queen Summer. He said White Boy Summer is not about ‘having any ill will or prejudice towards anybody from a different background, race, walk of life than you’.

So is the writing ‘racist’? The typeface used is a variety known as blackletter, a familiar example of which is Fraktur, used extensively in Germany until modern times. It was the choice for the title of Adolf Hitler’s 1924 autobiography-political rant Mein Kampf.

However, the Fuhrer apparently disliked Fraktur, claiming it was of Jewish origin. After taking power in 1933, he declared the following year that the typeface was not appropriate to ‘an age of steel and iron, glass and concrete, of womanly beauty and manly strength’.

In 1941, the Nazis ordered that Fraktur should gradually be replaced in books, newspapers, other publications and on signposts by the slightly more legible ‘normal script’ Antiqua. Ironically, the title to the official order for the changeover was printed in Fraktur.

These had nothing to do with China or the Far East, but (allegedly like chop suey itself) were an American invention, designed by a foundry in Cleveland, Ohio, in 1883. However, they have become so synonymous with exotic Oriental dishes that you’ll rarely see a Chinese restaurant that does not use them in some form on its frontage or menus.

Although we all see what we want to see, there is little doubt that certain typefaces do convey particular impressions and evoke various emotions, consciously or otherwise. And some are explicitly created to do so.

For instance, a Wolfie Smith clone on the internet is currently offering revolutionaries a typeface called Revolt, saying: ‘Revolt is an angry font for angry people. It was conceived and designed in anger and should be typed as such. Revolt is intended for use on protest march, and change-making material. Racists, fascists, and other purveyors of hate may not buy or use this font.’

Having glanced at it, I can report that Revolt is certainly revolting.

Historical note: As an old hot-metal newspaper hand, I’ve gritted my teeth here when writing ‘font’. It should be spelled ‘fount’, but pronounced ‘font’. However, it has been irreversibly corrupted in the computer era to its phonetic incarnation.

Even worse, the use of ‘font’ or ‘fount’ is incorrect when talking about a typeface. A fount originally meant a cache of a certain typeface, not the typeface itself. But we’ll draw a veil over such antediluvian meanderings.

Disclaimer: This article is printed in the Times New Roman typeface, which has no connection to ruthless, racist imperial Rome or the slave-holding Romans.