NewsPaperthe art of publishing
HomeNewsWhat will our descendants make of this trans madness?
0

What will our descendants make of this trans madness? 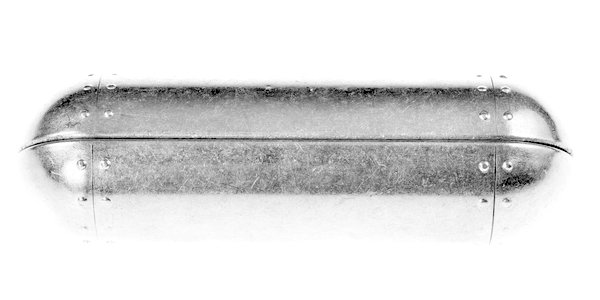 REDEVELOPMENT work at Stirling University has uncovered, concealed within the building fabric, a time capsule from 1969. The mundane contents include sports equipment, pre-decimal currency, a university prospectus and exam paper, plus newspapers of the day. Oh, and a bottle of Bell’s to represent Scotland’s national drink – which for the avoidance of doubt is whisky, not Irn-Bru or Buckfast.

The new building will in due course rehouse the same time capsule, to which will be added contemporary items yet to be decided. To provide a snapshot of 2019, Stirling University could do worse than include the January 11 edition of the Daily Telegraph, with its arresting front-page headline ‘Trans row as men get access to women’s NHS wards’.

The university might also tuck away the Telegraph’s follow-up report: as TCW’s Ann Farmer noted yesterday, in NHS hospitals the self-declared gender of a child, however immature, now trumps parental wishes.

It is safe to assume that the newspapers stored from 1969 contained nothing to match that idiocy, nor the Telegraph’s January 11 front page finding: ‘Hospitals routinely allow male patients to share female wards if they self-identify as women . . . As a result, a physically intact male has the right to choose to be treated on a ward for women that is simultaneously declared to be single sex.’

Fifty years ago, that would have been fanciful enough. Yet the Telegraph article continues: ‘The definition of transgender within the NHS includes non-binary, gender-fluid, gender queer and non-gender – people who do not feel male or female. It means male patients who do not claim to live as women [also] have the right to choose to stay on women’s wards.’

In other words, in our envy-of-the-world NHS, full anatomical males now are allowed to inhabit supposedly single-sex female wards, not only ‘without ever going to see a doctor’, but without even specifically self-identifying as women. Any complainants seemingly can go hang: ‘Equality Impact Assessments seen by the Telegraph appear to have taken into account the impact only on transgender patients rather than on others who should also be considered.’

An example of the authorities’ prevailing attitude is recorded thus: ‘West Suffolk NHS Trust said that the transgender patient’s right to be in a single-sex environment of their preferred gender “supersedes objections raised by other patients”. . . It said that while a female victim of sexual assault could “reasonably” object to being on the same ward as someone they “perceive to be male”, staff should “seek the view of the trans service user” before any action was taken.’

Strewth. By the time the January 11, 2019 edition of the Telegraph is retrieved from a time capsule, one can only pray this lunacy to be long lapsed and hope future readers are incredulous that such stupidity was ever taken seriously.

The same issue will also reveal to a historian that today ‘more than a third of people have not seen a single police officer on the beat in their local area in the past year’. And to provide a paradigm of modern mollycoddling parenting, a middle-class Telegraph journalist admits that her 11-year-old son ‘has never even been to the corner shop on his own’, and tells her he is willing to go only ‘as long as you come with me’.

But these and other sample snippets of life in 2019 will be of minor interest to whoever browses the paper decades from now. Much more eye-catching will be the Telegraph having been ‘contacted by a nurse at a city hospital with a report of a patient identifying as a transgender woman who appeared to become sexually aroused on a female ward, causing distress to a group of elderly patients’.

By which point, our disgusted descendant will be driven to delve into the time capsule and reach for the bottle of Bell’s whisky.