NewsPaperthe art of publishing
HomeNewsHeadteacher who says: ‘Respect all views? No, smash them!’
0

Headteacher who says: ‘Respect all views? No, smash them!’ 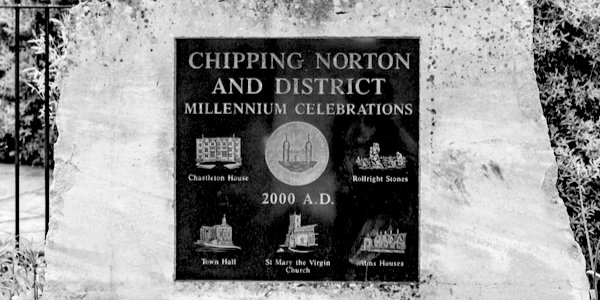 A NEW Chipping Norton Set is emerging to prepare children for our changing world order. It is centred on the town’s secondary school and is part of a nationwide phenomenon.

‘The World Has Turned’ according to Barry Doherty, head teacher of Chipping Norton School. In a long online letter to parents, Mr Doherty is rather chipper about his school’s plans to meet the challenge:

Under the heading ‘The World Has Turned’ he writes: ‘In my regular communication to colleagues on Friday, I also spoke of our challenge to respond to the events that have been taking place in our world, in particular the tragic death of George Floyd.

‘Our curriculum is and will remain organic, preparing students for the world we live in now and not one we imagined even six or twelve months ago.’

‘I left my colleagues with some questions for us all to consider as we devote more time to curriculum planning going forward . . . How can we help mould young people to become leaders who fearlessly smash racism, sexism, transphobia, ageism, intolerance, bigotry or intransigence whenever they encounter its subtle or festering presence in our slowly improving world?’

The death of George Floyd was, indeed, tragic. Should it mean, though, that schools must now ‘mould young people’ in a new way? As a vehicle for social revolution, brainwashing has been tried in the past. It has mostly ended up becoming a foundation stone for all kinds of horrors.

Headmaster Doherty chooses the verb ‘smash’ to set out what is required of young people. This could create some difficulty for both the ‘smashers’ and the ‘smashed’. What begins with smashing ideas and statues usually ends up with smashing people.

What, I wonder, will Doherty tell pupils about the views of those who disagree with him? Homophobia, transphobia and sexism, for example, are endemic in much of Africa. If Black Lives Matter, does it matter that homosexual acts are criminalised in the majority of African countries?

Will the pupils at Chipping Norton School be informed that if they travel to the Middle East to watch soccer in Qatar at the next World Cup, they will be entering one of the states where homosexual actions can incur the death penalty?

Will the headmaster ‘mould’ his pupils into believing that those billions who disagree with him are, at best, moral inferiors who need to be civilised?

What will his pupils of religious faith make of the re-mould being proposed for them? The Catholic catechism, for example, confines to Hell those who practise homosexuality. LGBT rights are not universally respected amongst the major religions.

Schools have a legal responsibility to promote so-called ‘British Values’. This includes an obligation to respect the views of those with whom one may disagree, not to ‘smash’ them.

Chipping Norton School is, certainly, promoting one side of the great LGBT debate. According to parents, pupils were recently asked to submit a photograph of themselves in coloured clothing to celebrate Pride Month and Diversity Week. As an incentive there was to be a prize for the class with the most photographs.

Not only do some parents at the school regularly advise their children not to put photos of themselves online, one of the head’s main objections to live online teaching was ’safeguarding’.

The photo competition was set as a task, not as an option. According to some parents, not every child was comfortable with what was being required.

A homework message sent out by the school on June 25 further upset some parents: ‘As some of you know, June is Pride Month! Usually there would be parades and parties and all sort of fun things. But this month, we have been reminded that Pride marches have always been a form of protest. Let’s do our best to support each other in this difficult time and learn a bit about the LGBTQ+ community.

‘Today we’re going to be looking at LGBTQ+ flags and thinking about their communities.’

Pupils are provided with this advice: ‘If you are concerned about someone or yourself, please speak to your tutor, your HOY/AHOY or the school nurse.”

There is no suggestion that troubled children should speak to their parents.

The school’s new mould for its children was reinforced in a newsletter of June 25. Under the heading: ‘Insightful Podcasts About Race To Listen To Now’, it said: ‘Right now, many of us are looking for podcasts that discuss race and racism to educate ourselves on the matter. Here are just a few of the best podcasts out there that provide thought-provoking conversations on race, black experiences and the Black Lives Matter movement.’

Children are directed to podcasts such as these:

About Race with Reni Eddo-Lodge, author of Why I’m No Longer Talking to White People About Race;

No Country for Young Women by Sadia Azmat and Monty Onanuga.

A Cambridge academic’s announcement, backed by the university, that ‘white lives don’t matter’ came too late, presumably, to be included.

This is the world that the Chipping Norton School headmaster tells parents has ‘turned’ over the past months. He is right! His perspective is very much in line with the spirit of a New Age. Forget Dave Cameron and his pals of the old Chipping Norton Set. This is the new, improved version, with the new improved vision of the future. Tomorrow belongs to those who embrace it.

When I was a headteacher I used to tell my pupils that it was enough in life to treat others as one would wish to be treated oneself – the Golden Rule. How unsophisticated, how out-of-touch and how inadequate that now seems.