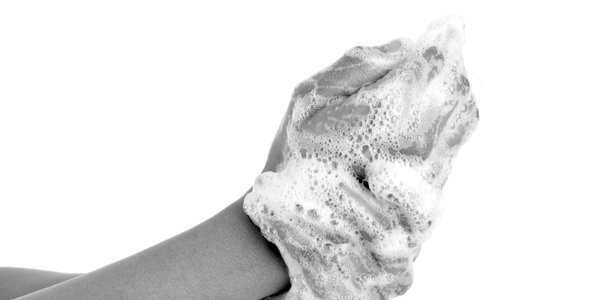 THE atmosphere in the paper shop was subdued. The headlines screamed: ‘Most frail will not get elderly care,’ ‘Police get special powers to deal with victims.’ Worse, the Sun ratcheted up alarm with: ‘Newborn baby has virus,’ with a photo of an unrelated infant screaming its head off.

Then, on the bus to London, there were only three of us, as most people are cowering at home.

We are now involved in a very strange war against a virus brought to us because someone in China decided to show their status by eating a scaly anteater called a pangolin, very expensive because it is an endangered species. It had been bitten by a bat infected with coronavirus, or Covid-19 – then unknown, now the most discussed topic on the planet.

We are all gripped in a pan-panic, although Public Health England estimates that on average, in a good year, bog standard flu kills 17,000 people, while the new virus has mild symptoms for most.  If 80 per cent of the UK population catch it, the ‘herd’ will be immunised and older people should be safe by midsummer.

Why the intense fear, never given to yearly flu, or previous epidemics such as SARS – which became a pandemic in 2002, passed on from civet cats, the main ingredient in ‘phoenix soup,’ enjoyed by wealthy Chinese in Guangdong province?

Before there are accusations of ‘racism’ for mentioning this, Professor Yuen Kwok-Yung, a microbiologist in Hong Kong, screened large numbers of civets and found they were carrying a coronavirus that caused SARS. He said the virus had jumped into humans as people raised, slaughtered and cooked them.

Then there was Middle East Respiratory Syndrome (MERS). At the end of January 2020, 2,519 cases were confirmed globally, with 866 deaths. Fatality rate: 34.3 per cent, compared to Covid-19, which has an average death rate of three per cent, 3.8 per cent in China.

Fear is increasing because this new virus has no vaccine. But the current frenzy is surely the culmination of years of increasing anxiety from people who’ve never been healthier, better fed or safer; deaths from infectious diseases in England and Wales dropped from 25.9 per cent of all deaths in 1911 to 0.7 per cent of all deaths in 2013. The predominant cause of death by 1950 was non-communicable disease. Any challenge to that, even the idea of old age and death, is now considered outrageous.

A strange form of narcissism has emerged from our wealthy, comfortable society, particularly noticeable among middle-class women who seem remarkably prone to what was once called hypochondria, now conveniently renamed ‘Health Anxiety.’

Discontented with the basic science which has saved most of us from early death, they often prefer bogus diagnoses and dotty remedies – ‘probiotics,’ turmeric rather than aspirin.  Nearly nine million in the UK are part of a global gluten-free products market, valued at 4.35 billion dollars (about £3.5billion) in 2018, expected to reach nearly eight billion dollars (£6.6billion) by 2026.

Gluten-free is supposed to ease coeliac disease. Only one per cent are genuinely coeliac in the US and UK. But there is now a terror of harmless nutrients, also sugar – which many women believe causes cancer – milk and red meat. Together they’ve created a market for gluten-free cat food worth 2.9billion dollars (£2.4billion) in 2018, a 9.6 per cent growth over the previous year.

We’re now sold fear as a commodity, in packets online. Bogus remedies for the virus have been closed down by Facebook and Twitter, but we often seem to be as gullible as our ancestors, who didn’t know how disease spread or how the human body worked.

The current scare is also about radical change in our culture, increasingly in the way we speak and think we’re all Americans now. Where we used to ‘have a temperature’, we now have ‘fever’, bringing to mind Mississippi swamps. American friends once amused me with their ever-ready thermometers and hourly temperature readings for every day that they had a cold.

Like them, we now regard illness – or sickness, as we now say – as an outrageous intrusion, no matter how mild. We not only like to create these dramas unnecessarily, but demand diagnosis and cure for what were once seen as ordinary conditions such as inattention and bad manners in schoolchildren, now conveniently medicalised and treated with powerful drugs. Ordinary rudeness can now be blamed on autism.

We’ve swapped hardy self-control for the ostentatious sharing of symptoms with accompanying virtue-signalling precautions and restrictions. Many older Britons, brought up un-mollycoddled, are baffled by children indulged and kept cocooned inside.

Yet increasing self-sufficiency is required, as changes in state provision, on the American model, mean the state has withdrawn, leaving people feeling more and more unprotected.

As health care declines, there is an increasing panic about the choices people make which might lead to further strain on the NHS; obesity and alcoholism are now seen as moral failings. This somewhat commercial attitude has also spread to old age, often seen a useless waste rather than a fulfilment.

Perhaps it’s no coincidence that most deaths from the new virus have been in care homes, where the elderly are packed away out of sight. They are now represented as a threat to all of us. If they alone were dying, as they do every winter, and there was a vaccine for the rest of us, it’s unlikely that we’d be discussing coronavirus at all.