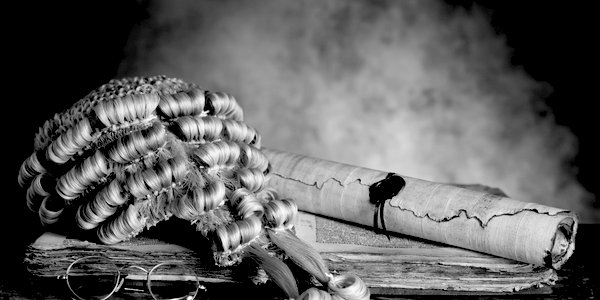 Judges have been told what they can and cannot say, reports Steve Doughty in the Daily Mail.

In theory, it’s so that everyone feels they’ve been treated fairly.

Sounds quite sensible really. But where could this theory all go wrong? In practice, of course.

Here’s a clue. The word postman is going to be replaced with ‘postal operative’. What’s wrong with a word we already use, such as ‘postie’?

According to the instructions on language in court, the avoidance of judgmental words helps people have confidence that they’ll get a fair hearing. The minute you hear someone use the word ‘postman’ you just know there’s a travesty of justice unfolding.

Surely, if judges don’t like to judge people, they’re in the wrong job. Maybe they’re just making alternative judgments. Have you used the wrong incarnation of LGBTQIA? Don’t worry, there’ll be another outrage bus in a minute.

The new guidance for judges and magistrates says real equality means favouring women and minorities to make up for the disadvantage they suffer. Typical. I waited for a whole paragraph then two outrage buses came along together.

The Equal Treatment Bench Book is published by the Judicial College, which trains judges. The lead trainer is Appeal judge Dame Anne Rafferty. At the risk of making a judgment, I’d say Rafferty is a woman – sorry, a member of the disadvantage suffering community.

And if she is so keen on equality, how can she justify one person sitting in judgment on another? Perhaps it would be better if she sat in the dock while the alleged miscreant got to put the silly wig on and decide his/her own non-disadvantaging punishment.