NewsPaperthe art of publishing
HomeNewsHighway Code or road to disaster?
323

Highway Code or road to disaster? 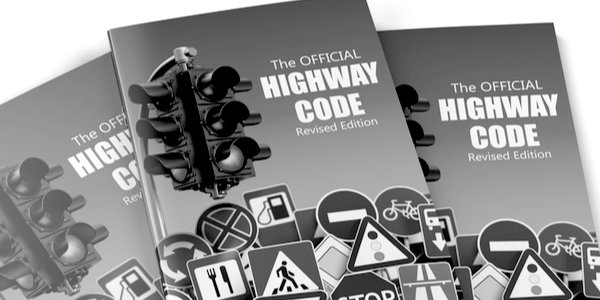 WITH the distraction of Covid, the people could be forgiven for having missed a public consultation about changes to the Highway Code which come into force today. According to a government press release, the consultation ‘ran from July to October 2020 and received more than 20,000 responses from the public, businesses and other organisations. Most people who responded were in favour of all the changes.’

When you see what the changes are, you’ll wonder, like I did, if the people consulted were of the Jeremy Vine or Caroline Lucas persuasion.

The first headscratcher in the updated Highway Code is on pedestrians crossing at junctions. ‘When people are crossing or waiting to cross at a junction, other traffic should give way.’

Now think about that for a moment. How many junctions will we know of where foot traffic is constant? I can think of a fair few, not only in our village and surrounding area but in the city too. At the college I used to work for, foot traffic is pretty constant and under the new rules, traffic pulling into the car park will now have to wait until either a pedestrian waves them through or until there is a gap in foot traffic. How long will that be? While the students are sitting in the classrooms, their teachers will either just be pulling into the car park or waiting for their time to turn. Cities and large towns are going to see an obscene amount of traffic if the majority of drivers obey these new instructions. This is an insane addition and I can’t believe that most of the public consultation were in favour of it. This update will cause endless traffic jams and backlogs and contrary to the opinion of people who propagate Net Zero, this will create more pollution not less, as drivers crawl towards junctions where the first car is required to wait until there is space to go.

Secondly, and I can’t believe this was approved either, is how drivers and cyclists cohabit at roundabouts.

The people writing and approving these rules have obviously never driven a car in their lives. This addition has to be one of the most dangerous things I have ever read. Yes, motorists are going to be wary of pedal bikes at busy junctions and/or roundabouts but to let cyclists drift from one lane to another ahead of you is practically insane. You’d hope for the common sense of the cyclist – to stick to the lane in which they hope to turn and signal appropriately – but you don’t always get it. The other day, I saw a cyclist pass me at one of these busy roundabouts and bullet straight out of the junction. I’m surprised he wasn’t hit. Under the new rules, I expect this to happen more, the cyclist aware that anything already moving on the roundabout will have to slow down or stop to allow the cyclist to move across him. This spells trouble for cyclist and driver though I expect that we’ll probably see more auto collisions at roundabouts, as traffic slows to allow cyclists right of way.

Thirdly, there’s an addition which centres on how cyclists position themselves on the road.

‘Riding in the centre of their lane on quiet roads, in slower-moving traffic and at the approach to junctions or road narrowings.’

I understand about the central positioning when it comes to junctions but not on what the Highway Code deem as a ‘quiet road.’ The picture used in the section does not indicate a quiet road to me. They’re usually the ones that carry a national speed limit and if you round a corner at 60mph and see a cyclist slap bang in the middle of the road, you’re going to have to explain yourself to plod while also having the death of a cyclist on your conscience. A quiet road could be seen as a road with less motor traffic than others but with differing speed limits doesn’t make it any less dangerous, for cyclists and drivers.

The three additions I’ve mentioned are absolute lunacy brought about by idiots who are more concerned about Net Zero than they are the safety of pedestrians, cyclists and motorists alike. This public consultation, from what I’ve found, was never discussed or voted through in parliament, though it was approved by government, and has slipped under the radar.

Many drivers won’t even know about these laws until they’re stopped and fined for not adhering to them. This consultation was brought about by those in favour of a new hierarchy of road users, which heavily favours cyclists and pedestrians and not the people who fork out hundreds of pounds of road tax every year.

It is also part of the ongoing war on motorists. Either we’re told to ditch our petrol cars for the electric option or stop driving altogether and use public transport, which is unreliable at best. I can’t see anything coming from this aside from more worry on the roads.