Hold the line … don’t let the veggies grind you down 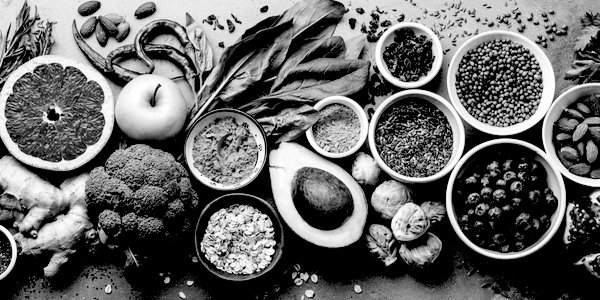 ‘BEWARE that, when fighting monsters, you yourself do not become a monster … for when you gaze long into the abyss. The abyss gazes also into you.’

That’s a quote from the German philosopher Friedrich Nietzsche. It seems as if over the last five years the British people have morphed into a different species – that akin to a mentally debilitated rabbit.

As pointed out in a recent article in the Telegraph, ‘the pandemic has left us with a collective case of PTSD (Post Traumatic Stress Disorder) and an absurd, shared insistence that our lives are under constant mortal threat, leading to a knee-jerk dread that the world’s collapsing’.

From Remainerism Derangement Syndrome to compulsive mask-wearing, stay-at-home orders, vaccinating healthy children, global climate meltdown, a lorry driver shortage and now a fuel crisis, the manufactured panic seems to be closing in ever more swiftly, like a dark cloud seeking to envelope us into the victimhood. This all comes alongside the crush of traditional family values, loyalty to nationhood and the misogyny of the trans lobby.

Among the resistance movements to these assaults, I keep hearing the phrase ‘hold the line’, especially at various protest marches and on Twitter.

Wondering where this came from, all I could find in a Google search was an old Toto song of the same name. It’s a really great tune with a fantastic beat. The brilliant remixer DJ’s Avicii remade this song in 2019 with a completely modern rhythm that strangely works because it feels contemporary:

The lyrics are apt to today’s scenario:

Crossbows and arrows, the smoke in the shadows

You’ll lose your mind standing on the battle line

Starting to choke on your heart in your throat

We’ll crack before we shatter

We don’t get to die young

We just have to push on

We don’t get to give up this life

All the breath in your lungs

Is stronger than the tears in your eyes

It’s do or die, but we’re alive

And while we’re here, hold the line

Anthems like that are helpful in times of extreme stress. The problem with the two main political parties right now is that neither of them feels current or even partly relevant.

Facing the facts, that regardless of whether the ruling classes comprise Tories today, or Labour gone tomorrow, the rap sheet is the same.

It’s all about ever more lockdowns, unending restrictions on freedom and stoking the terror-based narrative. From what you can drive, where you are allowed to socialise and what you put into your body (both organic and man-made substances, intravenously or plain old grub), you will be taxed, poked, prodded and made to queue in the middle of the night with a face nappy to access essential goods or services.

If you’ve already had enough of the Government telling you when you can leave your house, get ready for a tax on steak, and flooding of the supermarkets with cheaper ‘alternative’ products using tasteless plant-based substitutes (which drive up the price of the real thing).

On the subject of enforced vegetarianism, telling a consumer to replace their steak with a tofu option is kind of like trying to recycle a classic pop number into a folksy acoustic and passing it off as better than the original.

As to the fascists trying to ram soya beans down our throats, Veggie Prets seem to have sprung up all over London lately. I can’t for the life of me work out quite what the point of them is.

I went into one in Soho last month to grab a coffee, as I was meeting friends in the area for a tapas and beer crawl, and the staff informed me that the espresso machine was broken. Neither did they possess any hot water.

Aside from the hygienic implications of that deficiency, the place seemed woefully lacking of any substantive edible nourishment. Another waste of London real estate.

As noted, it’s really important these days to try to not lose your marbles if at all possible. People with nothing to lose also have nothing to live for, and the current state of the nation’s political landscape begs the question of whether we are being driven intentionally to a mental breakdown.

Stay the course. Save your energy until you can fix the problem. Because when you’ve lost the rhythm, only a cacophony will be heard and everything will still be in a right mess.