NewsPaperthe art of publishing
HomeNewsHolidays, and how to survive them
53

Holidays, and how to survive them 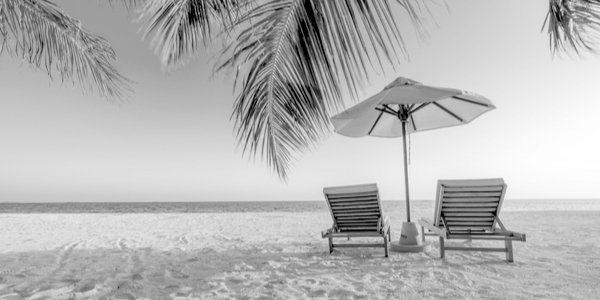 SOMETHING usually goes wrong when you are on holiday. Therefore I think the people who have the happiest holidays are those who retain an awareness that bad times can be just around the corner. Below a cheerful holiday exterior, they remain a bit psychologically prepared. My mother introduced a great phrase into our family life: ‘survival mode’. It’s the mood you enter when the bad time has arrived and you understand it’s your duty not to gripe, groan, and make it worse for all concerned, but rather to grin, bear it, and figure out how you can make it at least no worse.

You might set out for your week by the sea; it’s 30 deg C; you are two hours into your journey with two hours to go, and then, without warning, your train eases to a halt in the middle of nowhere. For a long time there is silence. Up and down the carriage no one says a word. The loudspeaker, too, retains its equanimity. It might as well be Adlestrop.

This has happened to me a few times in recent years. My overall observation is that the British train passengers are very good in these situations. Cheerful, patient and good-humoured. I don’t know if you motorists would say the same about your motoring community when you find yourselves stuck in a traffic jam in 30C?

Once my husband and I made our way to Paddington Station, with two children and heavy suitcases, for a five-and-a-half-hour journey to Cornwall. We arrived to find that the hourly train hadn’t left for the last two hours. With a homing instinct, we made our way to the seats that might have been ours were it not for all the other people legitimately claiming ownership. Two of those people, despite the fact that they had been sitting in the seats for half the afternoon, gave them up for us when they saw our children, and settled themselves on the crowded floor. Eventually the train pulled out, so densely crowded and so hot that the unspoken rule was no trips to the loo, no trips to the buffet car, no exceptions. My husband and children soon drained our entire water supply but I did not tell them so, knowing it would only make them all feel thirstier. The young couple sitting between us and the window produced a bottle of water. They took delicate sips, eking out their precious supply. All plastic water bottles look the same, and the young couple and I watched as if it were in slow motion when my husband, gazing dreamily out of the window, picked up their water bottle and glugged its entire contents. They didn’t say a word. Everyday heroes.

A few weeks ago I decided to take my daughters for one night by the sea. It was an experiment to see if it was worth it, given the risks and travails of train travel. By 2pm we were at the seaside and we had a long and leisurely afternoon on a Dorset beach. At about 7.30pm we turned up at our expensive, but manageable for one night, hotel. I explained to the front-of-house that we would take our small backpacks to our room and then come down for dinner. ‘Restaurant’s closed,’ she said. ‘It’s 7.30,’ I said. ‘No kids after 7,’ she said. ‘Oh, we’ll have room service, please,’ I said. ‘No room service,’ she said. ‘Do you think the kitchen could find an apple?’ I said. ‘That would be room service; we don’t do room service. You might find some food in the next village.’ she said. ‘We don’t have a car,’ I said. ‘Hard cheese,’ her expression said.

It was time to switch into survival mode. I took my girls upstairs, and went back down. ‘We are very hungry and you cannot charge people a great deal of money and then refuse to provide them with anything to eat. Can I speak to the manager?’ I said. Five minutes later we were sitting in the crowded restaurant with kids and parents scraping the last of their ice cream from small bowls. My daughter’s ‘pizza’ was a piece of white toast with tomato paste and cheese on it. When she asked me why I was smiling I said I hadn’t seen one of those since 1976. It was in our local sheepyards in rural New Zealand. The farmers’ wives served food from a shed. The plain pizza was white toast with melted cheese. The fancy pizza was white toast with tinned spaghetti squashed on top, then cheese. Delicious.

Later that evening someone told me that the same family had owned the hotel for decades, but that recently a developer had bought it and was planning elaborate changes. We’ll soon have another boutique hotel with a unique offer, just like all the other boutique hotels up and down the country. I won’t miss the front-of-house who tells you that you can’t eat. But I’m sad that I won’t see the pizza from 1976 again.

This summer, when things go wrong, remember my tip about ‘survival mode’. And send your stories to The Conservative Woman.