NewsPaperthe art of publishing
HomeNewsHolly’s Letter from America: Dawkins should realise you can’t have love without...
0

Holly’s Letter from America: Dawkins should realise you can’t have love without pain 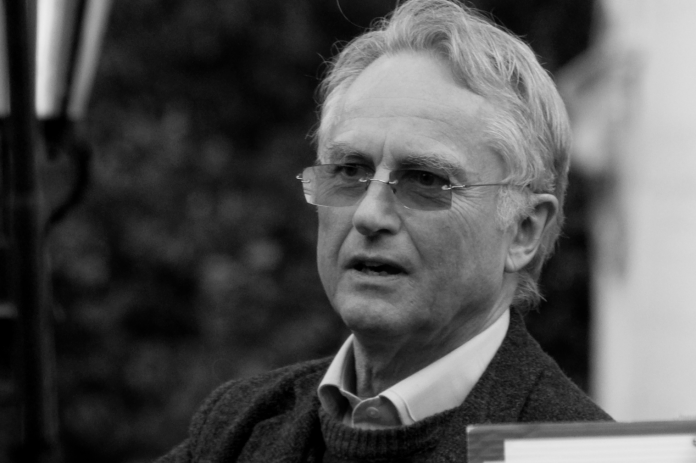 Last week, Richard Dawkins caused an international furore when he asserted that it is ‘immoral’ for expectant parents to not abort their unborn child if they know that child has been diagnosed with Down’s syndrome.

A few days ago, he seemed to ‘reach out’ a bit to those he offended with this statement:  ‘I am being bombarded with pictures of Down’s children, with descriptions of how adorable and affectionate they are, and how rewarded to look after in spite of the difficulties … I have not the slightest doubt that, if I had a Down’s child, I would love her dearly.  If I believed in God I’d probably thank God she wasn’t aborted, and I would sincerely mean it and deeply feel it.’

He hasn’t, however, recanted his original position:  ‘Given a free choice of having an early abortion or deliberately bringing a Down’s child into the world, I think the moral and sensible choice would be to abort … I personally would go further and say that, if your morality is based, as mine is, on a desire to increase the sum happiness and reduce suffering, the decision to deliberately give birth to a Down’s baby, when you have the choice to abort it early in the pregnancy, might actually be immoral from the point of view of the child’s own welfare.’

So, putting aside the issue that Dawkins has no ethical problem with abortion itself, it is his utilitarian approach to ethics which leads him to go beyond the view that abortion is moral, and assert that giving birth to certain kinds of children is immoral.  Down’s syndrome people suffer, and they cause those around them to suffer.  They reduce the ‘sum happiness’ of society, and it is therefore immoral to bring them into the world when one has a ‘choice’ not to do so.

During this latest Dawkins storm, my thoughts have been drawn time and again toward Lois Lowry’s book, The Giver, a work which depicts a society based upon the utilitarian principle of reducing suffering as much as possible.  I read this book with my children a few weeks ago, and, although published in 1993, it has just beenreleased as a movie earlier this month.

Lowry does an extraordinary job of showing how the goal of eliminating pain and suffering in a community comes at an extremely high price.  Taken to its logical conclusion, eliminating suffering in a group means revoking the liberty of individuals.

Lowry is careful to show that it is, in particular, our choices regarding our families – who to marry, when to have children, how to care for those children,  and how to care for ageing parents – that are affected the most in a society bent on reducing overall suffering.   Indeed, in her dystopian society, marriages are arranged by the state, couples are not allowed to procreate (that’s the job of ‘birth mothers’, a lowly and disdainful occuption), children born with birth defects are given lethal injections, and the elderly are given lethal injections before the suffering of old age sets in. This is all in the name of increasing the overall happiness of society.

And yet, the irony is that no one is really happy in The Giver.  Feelings of pain and depression are suppressed through daily medication, but so also, therefore, are feelings of happiness and joy.  Difficult family situations have been taken away, but so has familial love.  In the end, Lowry’s message is that happiness, pain and suffering all go together:  you cannot have the good without the bad.  In other words, utilitarianism doesn’t work.  You cannot increase the ‘sum happiness’ by reducing suffering.

Dawkins, then, is simply wrong when he says that it is immoral to choose to give birth to a Down’s syndrome baby.   It is not immoral when people choose to love another human being, even when that love includes suffering, as love always does.

Share
Facebook
Twitter
WhatsApp
Email
Previous articleMatthew Walsh: Russell Brand demonstrates you can be racist and on the Left
Next articleChris McGovern: GCSE’s latest absurdity. The brighter the pupil, the lower the grade